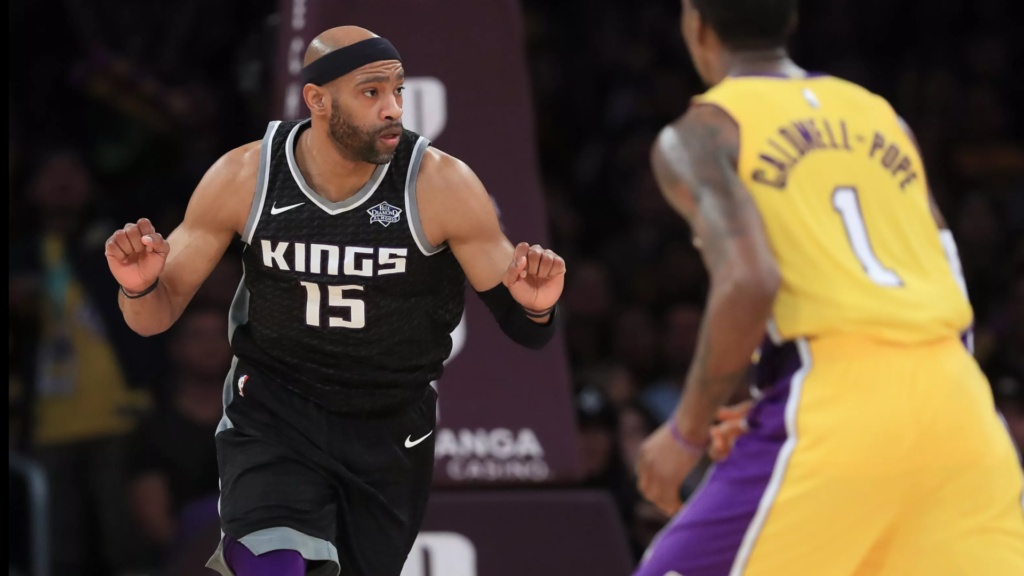 Pump the motorcycles handlebars. It’s time to rev the throttle of the chopper one more time.

As Air Carter will fly for another 82 run as Vince agrees to a one year deal with the Atlanta Hawks. And the ring aint the thing for this once and forever King as he’d rather just play than pay for a superteam assemble ensemble for the throne.

After being King for a year last season, Carter goes from Sacto to the ATL and who knows. As although he says he’s 90% sure he’ll call it a game after this campaign, do you remember when Michael Jordan said he was 99.9% sure he wasn’t going to step down from Washington’s front office and become a Wizard Harry.

After ripping down Nets from Jason Kidd’s lobs in New Jersey, this former all tens Slam Dunk Contest legend became a journeyman of sorts. Logging time with the Magic, Mavericks, Suns and even Grizzlies. But you don’t need to watch the definitive documentary ‘The Carter Effect’ to see that Vince Carter’s most legendary time was up in the 6 with cousin Tracy McGrady as a Toronto Raptor. He was the north whilst Drake was just Aubrey. And for a franchise that started from the bottom and now they’re Kawhi Leonard here he was a storied icon of hoops history in this ‘Jurassic World’, despite the scorpion stinging ending.

It’s just a shame that V. Carter won’t conclude his classic career, above the rim, up north in the T-Dot for a homecoming reunion. But there’s always next year for the Florida, Daytona native.

But then again this is the same franchise that after firing last seasons Coach Of The Year thought giving up Demar DeRozan was a good idea. Possibly the greatest Raptor of all-time aside from Vince. Sorry Chris. Comeback Bosh.

Must Read:
What if Wilt Chamberlain had been allowed?

Even if the team in the 6 may not have any sense right now it’s all about the A for V.C. right now. Welcome to Atlanta where the players play like Jermaine Dupri and Ludacris. Ushering in some dunks down the lane. Although Vince almost had to share his iconic number 15 with the 5 day contract of new Houston Rocket, Carmelo Anthony after they mockingly mocked him up a jersey to send to him, all in good fun.

Admit it though just a few years ago twin wings of Carter and Carmelo running the floor with a rebuilding Hawks would have soared to the playoffs. At least they have Trae Young, Kent Bazemore and Jeremy Lin. This North Carolina grad that followed in alumni Michael Jordan’s Nike Air sneaker steps may not be able to jump over Frenchmen’s heads anymore but he can still bring the “Ooh La La” to your nightly top ten plays. The man with more hops than a bunny on Easter is far from “Wince” Carter when it comes to those knees. He still gets up.

And we can’t wait to see him spread his wingtips.