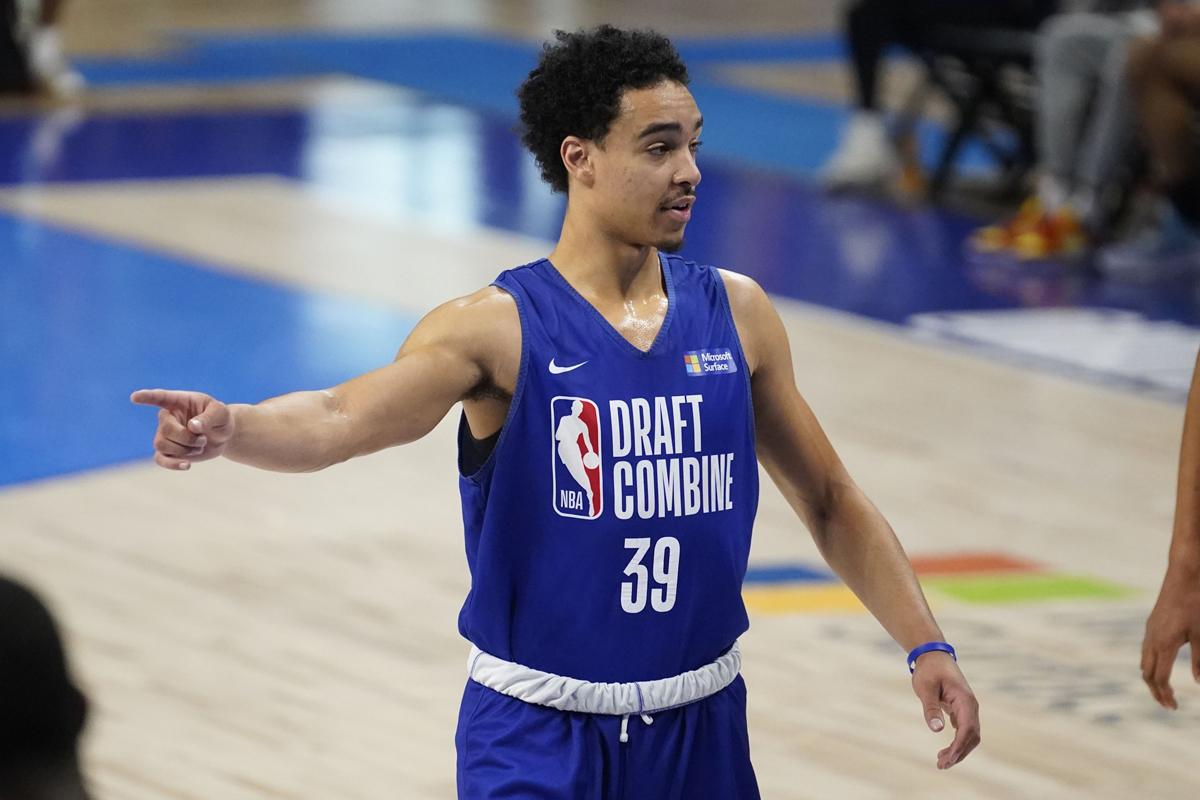 Projected as a late second-round pick, Canadian point guard Andrew Nembhard put on a dazzling display for NBA scouts to marvel and digest during the 2022 NBA Draft Combine in Chicago.

Playing for Team Weaver, the six-foot-four guard convinced just about everybody in attendance and those watching closely that he is more than capable of running an NBA offense.

Cautiously held out from the first day of scrimmage, due to a minor hamstring soreness, the 22-year-old point guard picked-up where he left off during his final season with the Gonzaga Bulldogs.

Nembhard controlled the action from the opening whistle, recording a massive 26 points, 11 assists double-double on 10-of-18 field goals attempts and a perfect from 4-of-4 from the charity stripe. The Aurora, Ontario native also knocked down 2-of-9 three-pointers to help solidify his case as a potential late first round pick.

“Andrew makes the job some much easier, he’s so smooth with it, gets them into everything, he can read and react well. Great point guard, he’s a floor general.” alluded Team Weaver assistant coach and former WNBA guard Elaine Powell.

Nembhard’s big game also got the attention of good friend of RJ Barrett, a long time teammate dating back to Team Ontario, AAU/Prep and at Monteverde Academy.

“League Him” tweet out, the New York Knicks star guard.

Following the impressive scrimmage, Nembhard took the time to chat with ESPN to break down his game and discuss why scouts and NBA personnel are sleeping on his game.

“Guys always like to talk about my athleticism, my jumping ability. I think athleticism is a little underrated, I think my foot speed, quickness and guarding is up there, and I think that’s something people need to look at. I think my feel is second to none in this draft.”

The 2022 NBA Draft is scheduled for Thursday, June 23rd in Chicago. A record 13 early entry Canadians declared for the Draft.