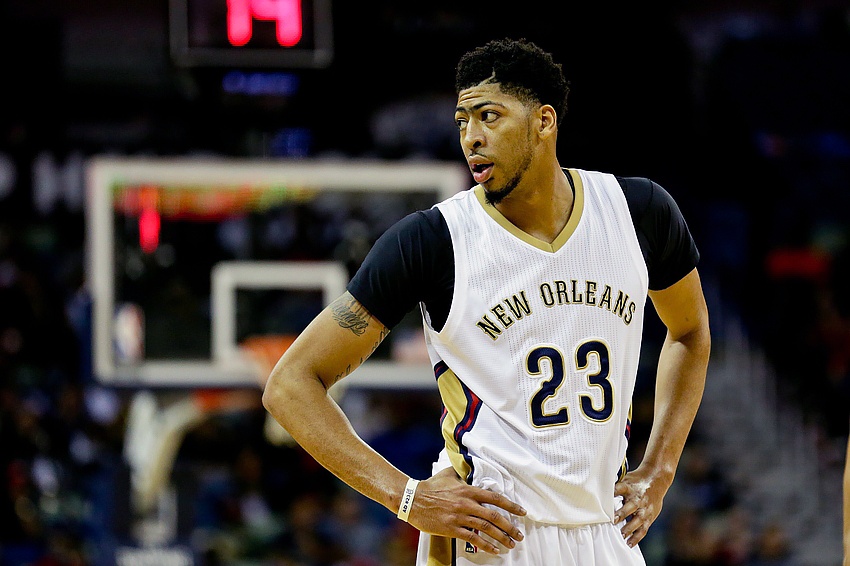 For the better part of the past decade LeBron James has been the best player in the world. However, all good things must come to an end, so who will replace King James once he falls off his throne atop the NBA?

There is an abounding amount of players such as Stephen Curry, James Harden, Karl-Anthony Towns, or Giannis Antetokounmpo also known as the Greek Freak. But, I am going in another direction. The next best player in the world plays in the Big Easy sporting the number 23 for the Pelicans.

This young man is virtually unstoppable. He is too big for a guard, and most small forwards, but too fast and quick for most power forwards and centers. He can hurt you inside and outside the paint. He has handles comparable to most guards because he didn’t grow until his junior year in high school.

He has a lethal mid range game, and he is one of the best finisher at the rim. To make matters worse, he has talked about adding the three point shot to his repertoire. His teammate Ryan Anderson told the New York Times, “I mean, it’s already pretty much impossible to guard him. If he were to add that 3-pointer?”

You get the point. He would be unstoppable. Bar none.

And the craziest part about him is that he was not an offensively gifted player like Carmelo Anthony. Davis was drafted for his excellent defense, and surefire rebounding ability.

Offensively, he was a raw talent. He could score almost at will at Kentucky because of his size-speed combination that made him a match-up nightmare for every team they faced. He blazed his way to a national championship title in 2012, and left college basketball after one year.

He was the clear consensus best player in the nation, and yet he had not mastered half of the game of basketball. Davis was one of those prospects that make you fantasize about what he could be?

Must Read:
Yuta Watanabe. From Japan to downtown Brooklyn

However, most of those prospects tend not to pan out because the organization that drafts them fails at recognizing how much resources they have to invest in order to develop the prospect.

But New Orleans did not fail. They hired Kevin Hanson as the development coach, a man who had worked in San Antonio as a development coach. Hanson and Davis started on the wrong foot, but since then Hanson has worked wonders on Davis, especially his shooting stroke.

Davis spends countless hours in the gym working to improve his game as detailed by Kirk Goldsberry for Grantland.com, and according to Zach Schonbrun of the New York Times, “he has improved season by season in nearly every major statistical category: points, assists, rebounds, blocks, field-goal percentage, free-throw percentage.”

New Orleans has been incapable of putting together a decent team around Davis, which explains why the Pelicans have only one trip to the post season during Davis’ career, thus far.

To be fair, the Pelicans have brought in some good veteran players, but they have all been injured at some point during their time in Louisiana, but it does not eradicate them from their failures at drafting, or signing another star player.

Once the Pelicans start drafting competent players to help the unibrow, New Orleans will contend. But, make no mistake; Anthony Davis is the primary reason for New Orleans’ success.

Since drafting Davis, New Orleans has yet to draft another quality player. During the 2016 NBA Draft, they selected Oklahoma’ Buddy Hield, the Bahamian sensation who won four best player in college awards.

The arrival of Hield could help New Orleans, but the success of the Pelicans fall squarely on the broad shoulders of the man known as the Unibrow.