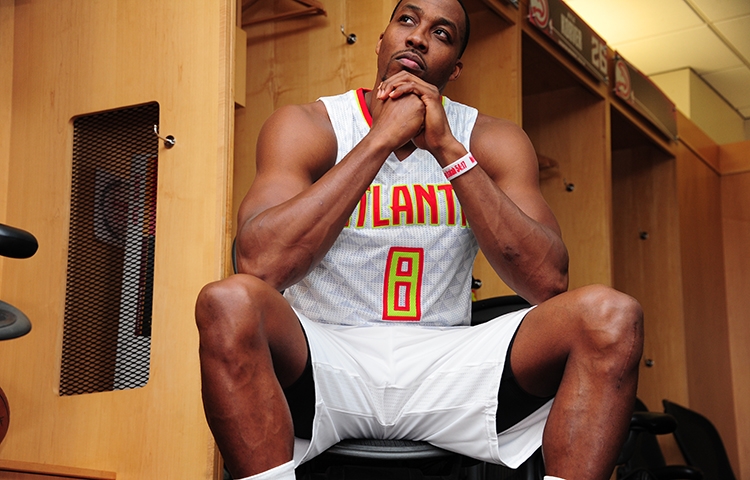 On July 12, 2016, the Atlanta Hawks announced they had signed veteran center Dwight Howard.

“We would like to welcome Dwight, and his family, home to Atlanta and into our Hawks basketball family.  We feel Dwight will have a huge impact on both ends of the court with his physical presence and the force he brings to the game,” President of Basketball Operations and Head Coach Mike Budenholzer said, per NBA.com.

This is a great move for basketball reasons, but also because it brought a legendary player back home. Howard is from Atlanta, Georgia, and his presence, and cache will spark interest in the Hawks across the United States.

The Hawks are a playoff team in the Eastern Conference, qualifying every year since 2008, but have only one Conference Finals appearance in that time span.

Howard is a player that can change the negative spiral the Hawks find themselves in every spring, which is Atlanta is good in the regular season, but fades away in the playoffs. After all, he led the Orlando Magic to the NBA Finals in 2009. And, that Magic squad was one blundered away – Stan Van Gundy’s decision to bring Jameer Nelson back in the starting lineup, which destroyed the rotation – from winning it all.

Howard will strengthen Atlanta’s defense, which was one of the best unit in the NBA, a year ago. According to ESPN.com, the Hawks had the second best defensive efficiency, behind San Antonio, at 98.8. This defense could potentially be the best in the NBA, which could translate to a more successful post-season for Atlanta. After all, defense wins championships.

However, the Hawks are not a good rebounding team, because Al Horford, now in Boston, played out of position during his tenure with the team. Dwight Howard will change that immediately because he plays his natural position. He has a career average of 12.7 rebounds per game, and recorded 613 double-doubles.

When you consider that the Hawks are a pretty good shooting team, tied with Toronto for seventh best in the NBA at 55.2 per cent in true shooting percentage. Although their offensive efficiency ranks low (18th in the NBA), they still average over 100 points per 100 possessions (103.0). Atlanta can score; they just need to be more efficient with their offensive possessions.

The knock against Atlanta, in recent years, has been that they don’t have a go-to guy that can win them tough contests; however, with a collection of talents spread around the court, and an immovable pillar below the rim, the Hawks could shoot the lights out of a gym, and Dwight Howard would only have to rebound and execute put-back dunks.

The 2016-17 Atlanta Hawks could look a lot like the 2008-10 Orlando Magic squads that did not have great outside players, but players who collectively could shoot (very) well, and a monster in the middle of the paint.

Atlanta could very well be Dwight Howard’s last stop in the NBA, and with his career on the line, in the town where he was born, could Howard make believers in all of us that he has changed since the ugly on-going battle to leave Orlando in 2012?