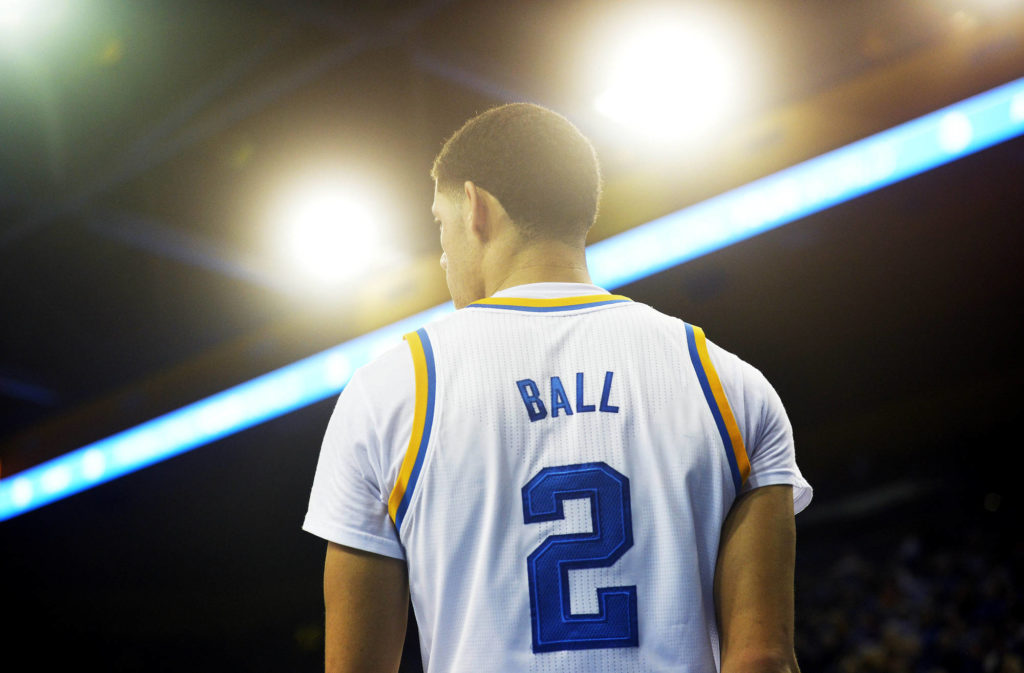 Can Magic Turn A Number Two Lottery Ball Into A Number 2 Lonzo Ball?

The balls fell for this years upcoming NBA Draft the other night and Los Angeles Lakers team President Magic Johnson flashed that trademark Atlantic to Pacific grin of his like he just hit the lotto.

But in the end it was his Showtime Lakers rival the Boston Celtics who really won the lottery with the first pick in this Julys draft. Just a day removed from knocking out the Washington Wizards in Game 7 of the East semis to face LeBron James and his Cavaliers in the Conference Finals.

And boy do they need a number one to join the I.T. crowd of Isaiah Thomas’ Celtics right now after dropping Game 1 to Cleveland at home in Boston last night.

But a new day may be coming in New England for the first team this far advanced in the postseason to go number one since Magic’s 80’s teammate James Worthy was taken with a big game big pick right during the Lakers storied Showtime decade, golden era rivalry with the legendary, NBA iconic Boston Celtics.

And now over 30 years later Magic’s men and the Irishmen are going to war again with a one/two punch that could set the tone for the next NBA decade and future hoops history.

But this time the purple and gold and green are battling over a different type of Ball.

Already acting like a franchise face, superstar to be Lonzo Ball is the prize pick in this Summers draft. Unless Washington wonder Markelle Fultz’s formidable play has something to say about it. Markelle may be marked as the Celtics safe, no nonsense pick. Especially as everyone and their dogs bone knows U.C.L.A grad Lonzo wants to be like Jordan (Farmar) and stay in the California sun for some Laker gold, L.A. times. The only question remains will Ball rock the trademark white-tee under his new jersey too?

Must Read:
California Classic editions for the Lakers and Warriors

It looks like the Lakers are really on the Ball too. As in a a move that looks as tampering as garnishing O.J. Mayo with a new whip, apparantly Lonzo will only workout for L.A. Increasing the probability and reality that Magic actually can turn a number two lottery ball into a number 2 jersey reading Lonzo Ball ready for the rafters as the next great. Drafting him, his father Lavar and maybe a season and wind of change and maybe hate for the oft-loved lost franchise and it’s new confident face hopefully not turning family cockiness into arrogance.

Whether Ball or Fultz. We are unsure whether the Lakers will keep their pick and potential star and trade it for 26 year old Indiana Pacers All-Star, Paul George ready to go now. Instead of waiting for next years open free agency and losing him to a trade deadline. George may be the only player as willing and wanting to ball with the Lakers like Lonzo. But they can’t have it both ways. Still they should be satisfied. After being guaranteed at least a top 3 choice the Lakers have won their third top, two pick in row after beating out the top three regular Sixers. And after selecting D’Angelo Russell in 2015 (who is already receiving as many trade enquiries as their are Ball rumors right now) and build-around Duke star Brandon Ingram last year, the Lake Show have a young core of Julius Randle, Jordan Clarkson, Larry Nance Jr. and Ivica Zubac to rival what’s at stake in the process of Joel Embiid’s Philly. They almost don’t need another option. But lucky for Magic and Rob (Lowe) Pelinka they have a Cali’ gold wealth of them.

But even Earvin Johnson knows like Lakers/Celtics NBA history, nothing beats the luck of the Irish.