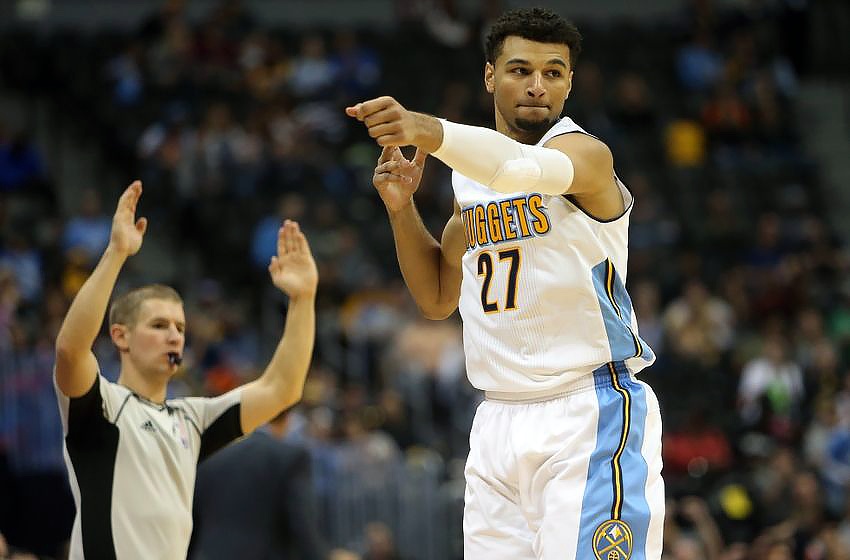 The Vegas NBA Summer League got off to an electric start in its first weekend with top 3 picks Lonzo Ball and Jason Tatum facing off. The result was the first advance sellout of about 18,000 in the history of the Vegas Summer League, the majority of fans there to see the start of Lonzo Ball’s MVP summer league performance.

While Lonzo may have stolen the show over the 11-day event, a number of Canadians suited up for various teams with far less hype and the common goal of parlaying a good showing into a training camp invite. The one exception to that group was Dillon Brooks, the Grizzlies 2nd round pick.

Frequently referred to as a “tweener” during his college years, his athleticism stood out in Vegas and was rewarded with a three-year rookie contract. Brooks’ defence though is one area that will need to be improved in order to receive meaningful minutes in the NBA.

The opportunistic Brooks averaged 1.5 steals per game in addition to his 12.2 points in Vegas, but on at least a couple of occasions he gambled for steals late in close games where the unsuccessful attempts resulted in open shots.

The surprise among the group was Naz Mitrou-Long.  Seemingly buried behind lottery pick De’Aaron Fox and last year’s winner of the NCAA’s most outstanding player award, Frank Mason, Mitrou-Long caught a break with Mason getting hurt and Fox resting. Although he was rarely the primary ball handler in his college days, Naz didn’t look out of place and seemed to improve with each opportunity.

Although his team was knocked out of the tournament by a Dallas team featuring tested NBA talent and lottery pick Dennis Smith Jr, Naz held his own with the likes of Yogi Ferrell and Nicolas Brussino who shot a combined 0-14.

Over his 4 games, he averaged a respectable 9.8 points, 4.3 rebounds and 2 assists. At the very least, the undrafted guard went from off the radar among NBA candidates to one who will at least get further chances if not at a training camp this fall.

Kevin Pangos was back for a third chance in summer league. He has shown great progress since his first chance in 2015 left even his dad, former York Lions women’s basketball coach Bill Pangos, disappointed with his play. Pangos came out of the gate very strong, in contests that went down to the end with Memphis and Miami.

Against the Grizzlies, Kevin tied the game with 19 seconds left in a well-rounded performance that included 8 points, 7 assists and 7 rebounds and largely outshined Memphis’ NBA-experienced point guard Wade Baldwin.

Although his numbers weren’t as impressive against the Heat, he was again a key figure down the stretch, with 3 rebounds in the last 3+ minutes. His seven turnovers in the game can be in part credited though to the lack of familiarity within the team.

While Mitrou-Long had the benefit of playing with the Kings young frontcourt of Labissiere and Papagiannis that received rather significant minutes late last season, Pangos played with a roster largely of journeymen and fringe prospects yet to crack an NBA rotation.

After his solid performance, Pangos received praise from Washington’s senior VP of basketball ops Tommy Sheppard who said that he “expects him to be in the NBA, if not next season, soon”.

Other Canadians to suit up in the Vegas summer league included Spurs property Olivier Hanlan, Mychael Mulder for the Raptors, Kyle Wiltjer for the Clippers (acquired in the Chris Paul deal), Dylan Ennis and Brady Heslip.

Ennis had the “heat check” game of the tournament, connecting on 8-of-11 3-pointers (which was a Vegas league record) among his 35 points against the Clippers. His 20 points in the second quarter was one short of his entire output for the five games prior with the Warriors.

Must Read:
Boogie's Productions Down Again

Wiltjer on the other hand received rather limited minutes throughout and was waived soon after. Mulder looked very tentative in his (very) limited minutes. Hanlan was solid in Pangos-like fashion and still has his rights held by the Spurs. Heslip had little opportunity to show that he’s more than a 3-point shooter with the Bulls summer league team.

All in all, while this group likely has no future NBA stars among them, it is yet more proof that Canada has an abundance of depth for future international tournaments, especially at the guard position unlike in past years. The experience these players continue to gain at events like this will only help their case when they are considered for spots with the Canadian national team.