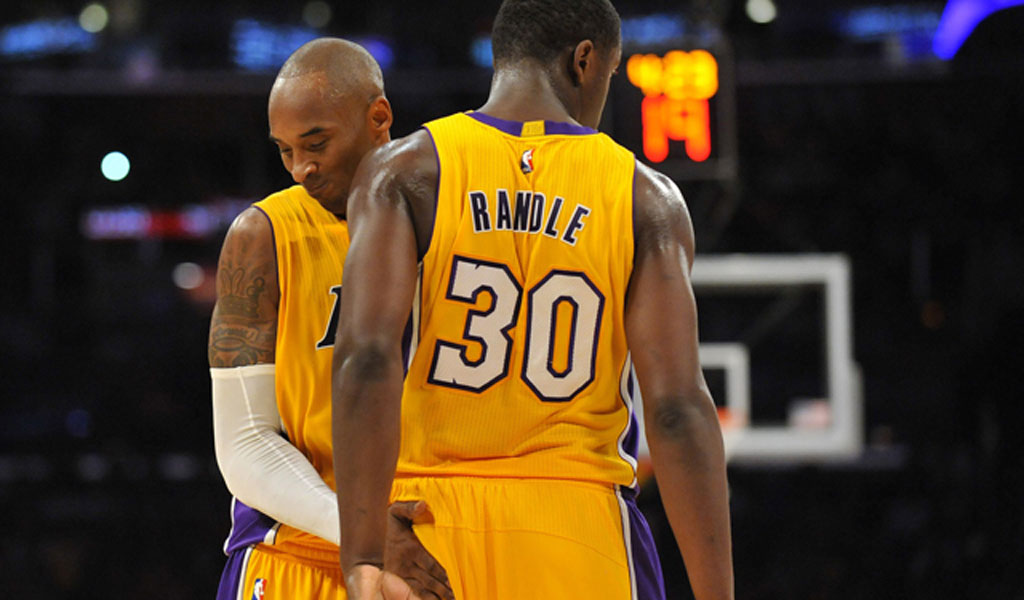 Do The Lakers Have A Kentucky Fried Future

Lakerland is looking a lot like a run down theme park at the moment, this side of Hollywood. Big names are either injured, retired, long gone, or with no hopes of admittance. It’s almost like you’ve got to be this high below Kobe’s hand to ride.

And with no playoffs for Los Angeles payoffs, to everyone else’s amusement this running theme is now closed early for the season.

But there’s still light at the end of the West Hollywood drive tunnel and that future may come via a coach trip, car pool from Lexington’s Rupp Arena.

The Lakers gloomy future could see the Californian sun again, but like anyone else having a bad year and hoping chance will change it, its going to all come down to a lottery ticket…and this team hopes the numbers and odds will be in their favour in their games of hunger.

It could be them!

When it comes to the NBA’s draft lottery, just like this game itself its all about where the ball falls…and for who. One way or another, its ball games like this that make and break teams.

Looking to be a loss leader with a future face though, this franchise set to be represented by Coach Byron Scott (sorry Red Hot Chilli Pepper Flea), hopes to find one good draft pick or two. Remember how their late, second round choice last season bloomed?

Still the Lakers future showtime circuit could run round more than just raw and ready Jordan Clarkson and retiring but still relying Kobe Bryant. The Lakers may just be clawing away at a Wildcat future.

Who isn’t? With seven players from the almost unbeatable, incredible University of Kentucky declaring for the draft, about to suit up for NBA battle. Those seals being Willie Cauley-Stein, Karl-Anthony Towns, Dakari Johnson, Trey Lyles, Devin Booker and the Harrison twins of Andrew and Aaron.

Must Read:
Kevin Love: What, now?

Any of these players would be good for anybody, but if the Lakers get one it could create a Big Blue Nation future for the purple and gold of Laker Nation. If so they’ll join sophomore Julius Randle who may have been injured last season, but is still the big future of this city of seven footers legacy in what kind of is his rookie season next campaign.

Making for quite a cohesive and chemistry fueled set, one cat deserves another and the latest Laker rumors feature dismissed Dallas guard Rajon Rondo making a meal out of his mid-season breakfast with Kobe.

No matter which Kentucky player joins this formidable fry up, its clear that if even one does, thanks to Coach Caps ‘Cats the Lakers may finally have some claws again.