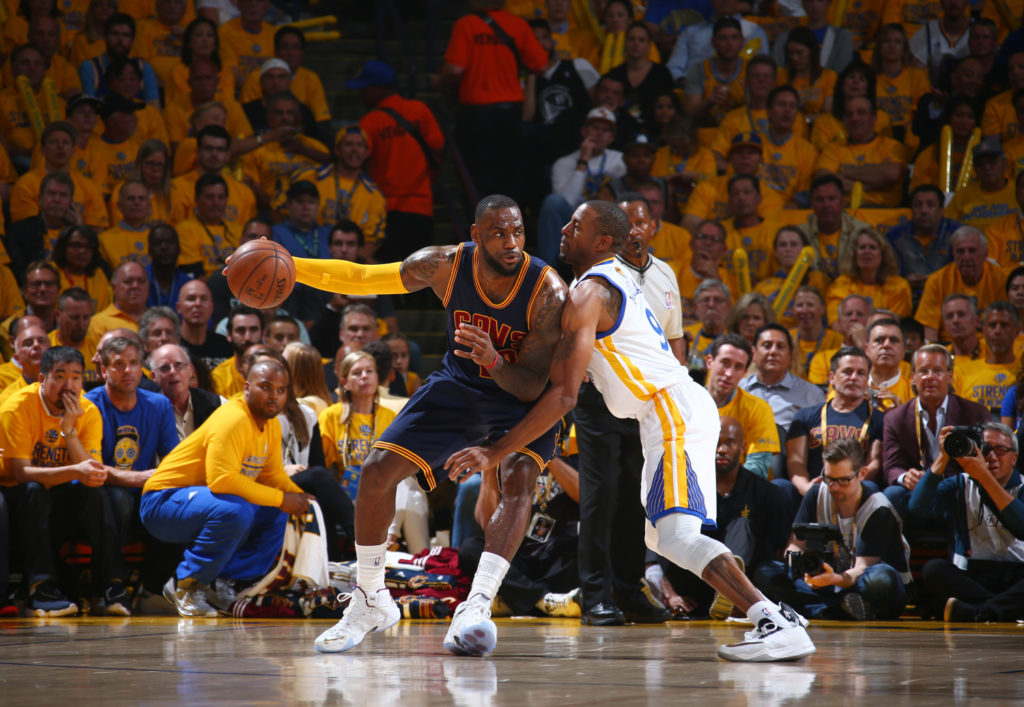 We live in a society that is all about stardom, but last year, the NBA Finals brought a bit of fresh air. A year ago, the Finals MVP was not named Stephen Curry, Klay Thompson, or LeBron James. Last year’s Finals MVP did not lead the league in scoring, nor the Finals for that matter. He was named MVP for his defense.

Coming into game 4, LeBron James torched the Warriors’ defense for outbursts of 44, 39, and 40 points. Then Iggy happened. While LeBron James still scored a lot, except in game 4, he was inefficient with the ball.

While LeBron James needed to be a bit of a ball hog due to Kevin Love and Kyrie Irving’s injuries, he was greatly impaired by Iguodala’s suffocating defense, which limited James to 33 per cent shooting, according to ESPN.com. To put it in perspective, the Spurs’ Kawhi Leonard “held” James to 58 per cent shooting in the 2014 NBA Finals.

What is even more staggering about Iggy’s defense is that none of his teammates came close to replicate what he did in that three game stretch. While he held James to 24 per cent shooting on contested shots, LeBron James shot 41 per cent from the field when anyone else on the Warriors contested his shots.

But, skeptics said that while Iggy’s defense was great it was only three games. Some added that he took the world by surprise. So, in this Finals rematch, Head Coach Steve Kerr gave Iggy the same assignment, LeBron James.

The 2016 NBA Finals began and LeBron James saw a familiar face run his way to guard him, and it was on.

Through four games into these NBA Finals, Iguodala held LeBron James to 43.3 per cent from the field, according to the New York Times. But, when Iggy was off, James connected on 66.7 per cent of his shots.

Iguodala’s presence on the court is more than just defense, it is the importance he has to the success of the Warriors. Again, through the first four games of these NBA Finals, the Cavaliers had outscored Golden State by an average of 7.8 points with Iggy on the bench. However, when Iggy was on the court, Golden State outscored Cleveland by 12 points per game.

An article on ESPN shows that through the first two games of the NBA Finals, the Warriors outscored the Cavaliers by 41 points with Iguodala on the court, while Cleveland outscored Golden State by 12 with him on the bench.

However, since game 4, there has been a game 5 and 6, in which Cleveland has outclassed Golden State. Two games where LeBron James recorded back-to-back 40+ points game, joining Jerry West, Rick Barry, Michael Jordan, and Shaquille O’Neal as the only players to accomplish the feat in NBA history.

Except for the two lopsided blowout losses in games 1 and 2, James’ shooting percentage has not changed much. Since game 3, it has been in the fifties (.538, .524, .533, and .593). There was a spike in game 6, which coincided with Iggy hurting his back and looking unable to compete against a healthy LeBron James.

So, in the last few hours prior to the epic conclusion of the weirdest series in sports history, the troublesome question facing the Golden State Warriors is: can a 12-year veteran who has started only one game in the past two seasons come back from a back injury to stop The King?

If that were to happen, would Iguodala win back-to-back Finals MVP?