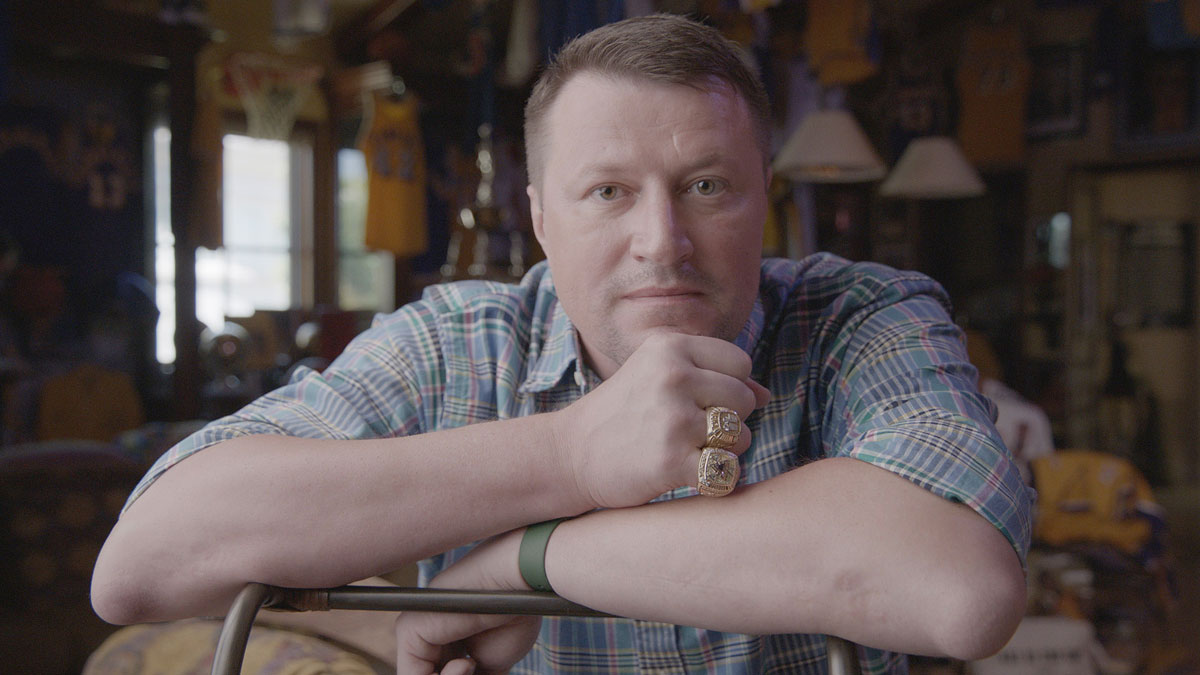 The people of Ukraine have shown a resiliency like no other ever since Russia invaded them this year, as neighbouring nations have offered them humanity in the face of all this aggression and oppression.

Everyday people have joined the front-lines in all forms to help defend this war torn, but not defeated nation, as it looks to rebuild. Even former Laker Stanislav Medvedenko, who won back-to-back championships with Shaq and Kobe in 2001 and 2002, was seen earlier this year joining the fight.

Now he looks to give even more of himself.

Slava is selling both of his championship rings to raise money for his native Ukraine and the children that need to see a future different to all of this.

Each ring is estimated to fetch around $100,000 and what’s more the Lakers organisation have said they will replace Medvedenko’s winning hardware.

The before his time power forward like Keith Van Horn was the bridge between the likes of Toni Kukoc and Dirk Nowitzki and all the back-to-back Most Valuable Jokers we see today. Even Kobe once threatened to take him with him in a proposed trade to Chicago. As real, recognised real. A big back-up that spelled the likes of Horace Grant and Samaki Walker on his two trips during the purple and gold’s three-peat. Later he filled-in for an injured Hall of Famer Karl Malone and delivered.

Yet, what he’s been doing this year for the country he calls home again will echo his name for generations to come. More than a back of a jersey, or an engraving in jewellery.

Medvedenko’s Fly High Foundation also looks to build gyms in the Ukraine, as schools have been destroyed from bombings.

Must Read:
The Lakers Go Ham With Coaching Choice

“We want to restore gyms because the Russian army bombed more than a hundred schools,” Stanislav told The Associated Press. “Our country, they need a lot of money to fix the schools. Sports gyms are going to be last in the line to fix it. In Ukraine, we have winter and kids need to play inside.”

Seeing rockets fire past his head as he climbed to the top of one of the tallest buildings in his Kyiv neighbourhood motivated Medvedenko to sell.

“In this moment I just decided, ‘Why do I need these rings if they’re just sitting in my safe?’” Medvedenko told the AP from a sold-out charity game he held in Warsaw, Poland, raising money for refugees. “I just recognize I can die. After that, I just say I have to sell them to show people leadership, to help my Ukrainian people to live better, to help kids.”

Married with three children, Slava knows how serious this problem is and not to give up. “We have air alerts almost every day. Sometimes it’s three or four times a day. The kids are so used to it. They play in our backyard. They not even stop playing, they are used to it.”

This is why he served for the territorial defense forces during the war with Russia.

“We were defending our neighborhood, doing checkpoints and duty patrol. I’m not the best solider, I’m not the best shooter, but I can give them support. I shoot it a couple of times, not at people. I’m happy I don’t have a chance to shoot somebody. Our army did a great job to defend Kyiv. I want to thank them.”

The Lakers who are “always in (his) heart” are still in his corner. Like texts from teammates like Mark Madsen and Luke Walton who are sending sports equipment, doing their bit.

The auction began last Wednesday and runs through August 5th if you want a piece of history, or more importantly, to help.

Most NBA players spend their whole basketball lives trying to chase that elusive ring. Let alone hold two of them. But some things are more important than all of that. Like where you came from and doing everything you can for your home. Besides, you can’t rewrite the history books. Basketball or the borders beyond it.

Now that’s the mark of a true champion.