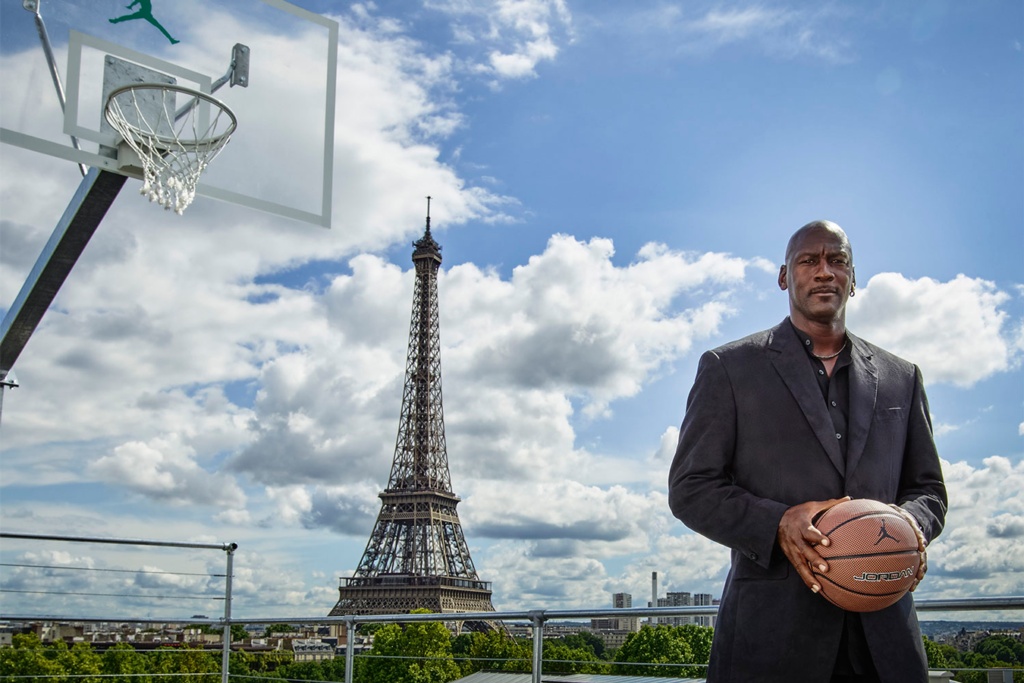 Capital exclamations are happening in France right now as the Eiffel Tower is about to joined by another tall, iconic symbol out in Paris.

The greatest basketball player of all-time Michael Jordan has taken to the airs of France to celebrate 30 years of his Jordan brand with the ‘Palais 23’ exhibition.

The former Chicago Bulls number 23 has flown from the Windy City to the City Of Lights to illuminate it with his legendary brand and legacy. The Palais 23 that is commemorated on a beautiful stone court celebrates how iconic Jordan’s Nike Air brand has been since it’s 1985 inception with the companies first signature sneaker.

Museum like curations from the Olympics to Space Jam line the halls of the Palais for the Hall Of Famer as this Paris Playground is as beautiful to basketball brethren as the Louvre. There’s even a Jordan designed motorbike for all you hoop and petrol heads in this moped city. With the Eiffel Tower in the perfect picturesque background of a signature Jordan brand court design too, you can display your towering game in view of the whole city.

Like Mike, Paris is famous for its artistic creativity and style, with the court as its new canvas things are only going to look better from the man from New York not forgetting about Paris like fictional NBA referee Billy Crystal.

Visitors to France’s exhibition to the games greatest get more than a look however in this interactive experience. Getting to grips with being able to test their speed and ‘Air’ flight abilities against elite, Jordan brand athletes and the best of the NBA best today like Chris Paul, Carmelo Anthony, Blake Griffin and Russell Westbrook. Still nothing is better than the man of the moment himself and the ‘Last Shot’ feature gives everyone the chance to emulate and recreate the heroes iconic clutch shots of his career, like the historical moments of 1982 and 1988.

Talking about the global game, that has seen the NBA likes of the brilliant Tony Parker and Boris Diaw from France, Jordan said of Paris; ““It’s good to be back in Paris. I played out here in 1997 and it was the best time I had playing in Europe. I did the tourist thing with my family, saw the Eiffel Tower and my family got to see me play here.”

If you want to see more and you’re a rocks throw away and not an oceans, Paris’ ‘Palais 23’ is open until 9 P.M. on Sunday, the 14th of June. It’s located at 13 Avenue du Président Wilson and wherever you see the Jordan logo (basketball’s equivalent of the Bat-Signal).

So what you waiting for? Time to run and hit the court of basketball’s Da Vinci.