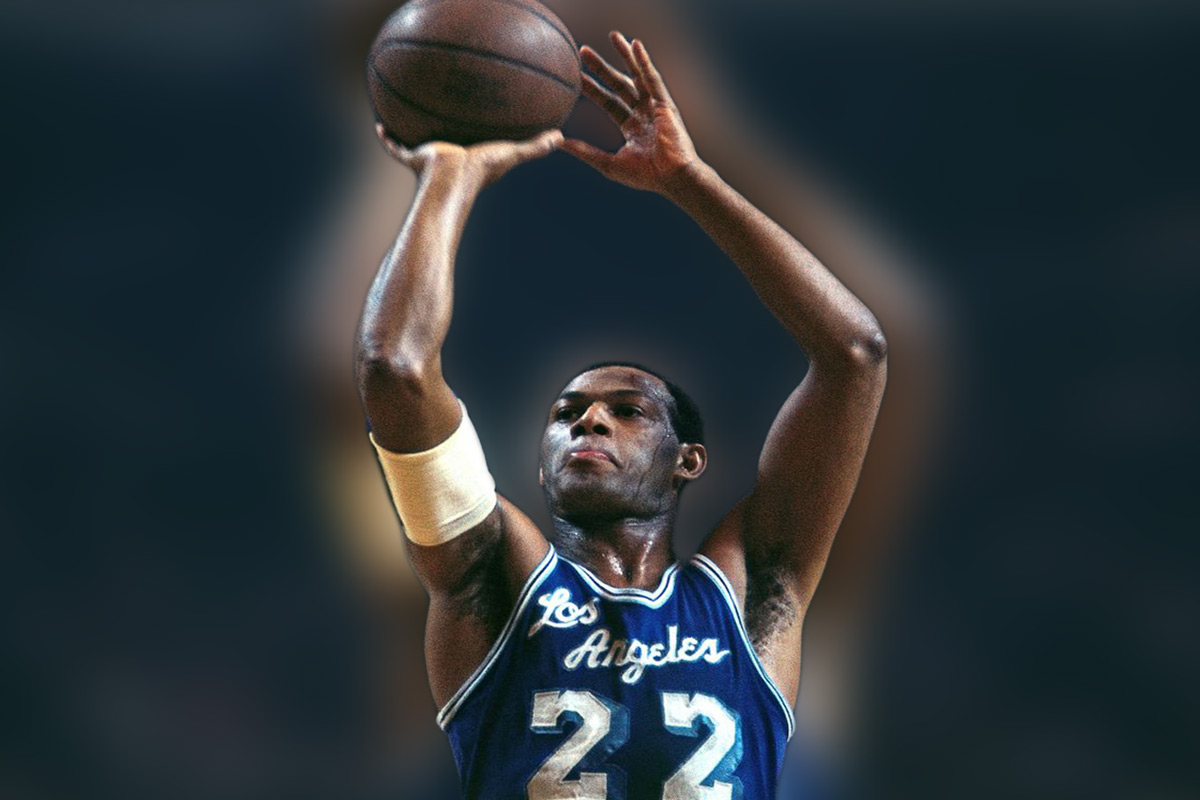 Inked like an engraving forever in a writers trophy cabinet (his bookshelf), Elgin Baylor’s autographed autobiography, ‘Hang Time: My Life In Basketball’ has its pride of place back home where my heart is.

The beautiful basketball book details Baylor’s battles with fellow Laker legend Wilt Chamberlain on the playgrounds, before they would birth the super-team one day in the future. Celtic crown Bill Russell in high-school, before they traded wins and heartbreak as legendary green and golds. And most importantly the daily fights and prevails against racism for an original civil rights sports activist who was bigger than basketball.

Refusing to shut up and dribble like he made a stand against segregation not to play when hotels’ wouldn’t let him stay. All before we even talked about all of this today.

And that’s before the Hall of Famer even got to the NBA. Where one season he would end up playing on weekends between tours of duty serving with the army.

You see the comparisons to a certain crowned champion, whose game most resembles a pioneer who was with the Lakers way back in the baby blue days.

22, 23. When LeBron rocks those Los Angeles Crenshaw blue classics and the new sky on white, Laker Lore Series, Nike editions for the city that Elgin himself designed, he looks and plays awfully familiar.

Real recognize real. And right now we must see what the father of the Los Angeles Lakers did for this game and his team. The original superstar with 27.4 points, 13.5 rebounds and 4.3 assists per game. Once hanging 71 on a team like his 22 does from the rafters.

Today we lost a legend as Elgin passed away peacefully in his sleep with his wife, the love of his life and best friend, Elaine and beautiful daughter Krystal by his loving side. He was 86 years young. Now look at what he did for this game decades ago. What will live for centuries in memories and forever in legacy.

Now in Laker Lore those jerseys will have much more meaning like the mentality of those Mamba snake skins from the late, great Kobe. We want to see AD yell “ELGIN” when he hits another one from the clutch this season for the life of another Laker lifer. It’s only fitting.

The Lakers wished they won last year’s Bubble championship in their Kobe jerseys. If they get the chance this year to do it in their Elgin ones, they should. It would make for the most beautiful tribute in testament.

What Elgin Baylor did when he got to the NBA was truly game changing, far more than a courted cliche. This game lived above the rim because of him. Now take a look at any of your favorite players on any court, from the leagues to the streets. Or any dunk contest, from YouTube to the held up tens and realize it wouldn’t be anything without him. The man who sliced and diced across the court and carved himself some real estate up there. The icon who now resides above the clouds in hoop heaven.

Not to mention the fade away like M.J. he helped create and curate. All for his legacy that to black could never fade the same.

No wonder the Lakers immortalized him in ice and bronze outside STAPLES with the logo, Cap, Magic, Shaq and all the other statues like Chick. All for the man who put more in the refrigerator than last nights leftovers.

Or the fact that for the record ‘The Bachelor’ R&B legend, Ginuwine (Elgin Baylor Lumpkin) was named after him. Ginuwine released an album in 2011 called ‘Elgin’. Elgin, a man who himself was named after his father’s favorite watch. A man whose game was fresher than that Timbaland beat break off ‘Pony’.

Must Read:
It's Lou! Raptor Williams Is The NBA 'Sixth Man Of The Year'

The fire of Mr. Clutch, Mr. Jerry West is the logo of this National Basketball Association. But back in the day, standing next to 44, before Los Angeles Lakers became the purple and gold was the ice of Elgin Baylor.

Like Mikan (the MPLS forefather) , Elgin was a Laker back in the Minneapolis days. The teams original home. The City of Angels isn’t “the land of a thousand lakes”. More like the ‘Los Angeles Storm Drains’.

Now how’s that for going way back?

King James, his game who Elgin’s paved the way for and the whole of LA throwing up those two fingers together will continue to wear those baby blue classics and cold as ice designs from this court innovator for the rest of the season.

All in his honor.

“This is one of the greatest men I’ve ever met in my life”, recalled Jerry West at the statue unveiling of one of his fellow 50 greatest NBA players ever.