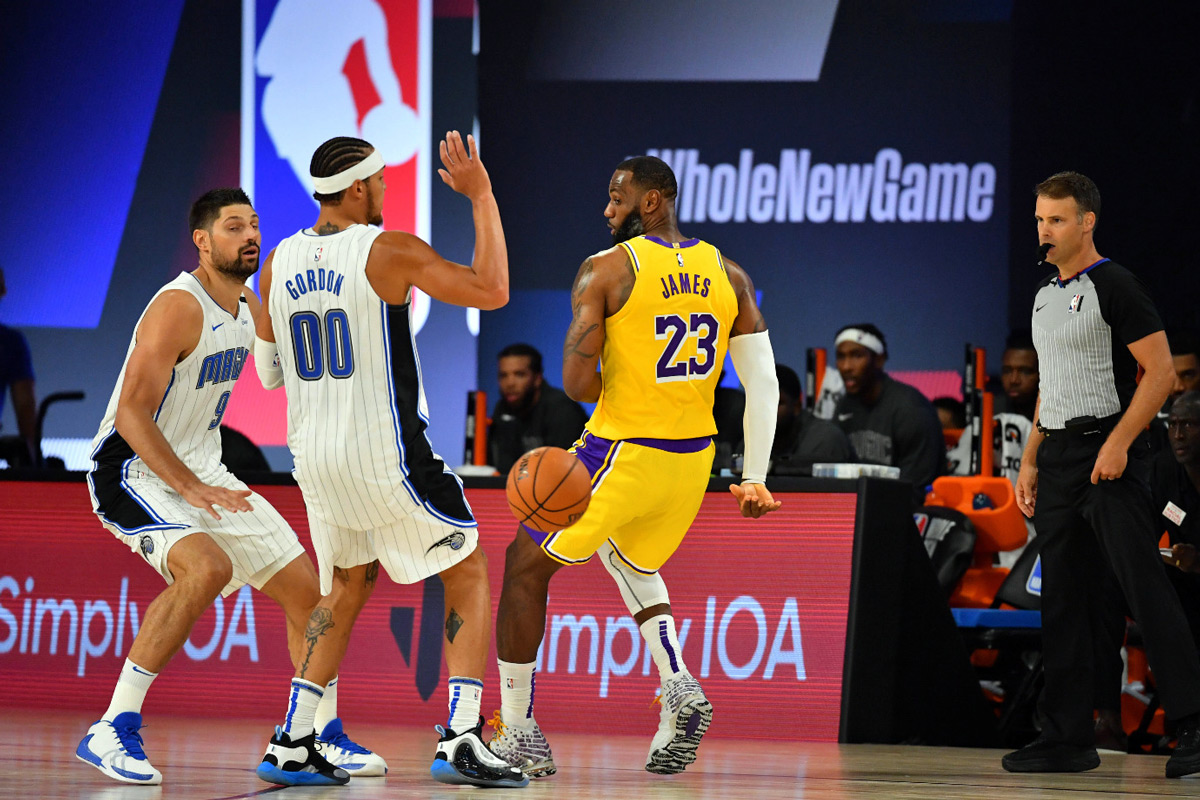 Its A Whole New Game With Basketball Back In The Bubble

Basketball is back in the Bubble. What it do baby!

Haters will say it’s not the same…but what is in this brave new world? This writer even asked if we should burst the Bubble due to health concerns…bur so far (touch the hardwood), so good.

It’s genuinely great to be EA back in the game held in Disney World, Florida with the only team in the Bubble having home court advantage being the Magic Kingdom of Orlando. Although that didn’t help them against their old Mickey Mouse, dunking Dwight Howard’s, LeBron Lakers looking to wrap it all up in the Bubble.

Not losing a step despite having defensive specialist Avery Bradley sitting out due to legitimate concerns for his family, but gaining two in playing their wildcards J.R. ‘Swish’ Smith and Dion Waiters serving up that Philly cheese to immediate effect with all that’s at stake in this whole new arena.

Sure minus some jumbo-tron cheers and cheerleader videos, the lack of fans takes away some of the atmosphere, like running into that person that didn’t text you back at the party. It feels like when you used to turn off the crowd so NBA Live would run faster on your pops PC.

Yet purists will love it. Especially with players mic’d up and calling the shots like Carmelo “(expletive) out here I got it.” Or rookie and next great of this game this year Sabrina Ionescu telling Breanna Stewart, “it’s loud in here.”

That’s classic like Laker legend James Worthy calling the big game whilst chomping on an egg sandwich. Now who said the Bubble food was bad?

The calm court held on a sound-stage actually had the feel of an international game. Almost like the Olympics. Which is bitter-sweetly fitting as right now LeBron (and his spiderweb beard…weren’t all these guys staying in the one place they kept their razors, with the one person they should really be concerned about looking fresh for?), Sabrina and them should be suiting up in the stars and stripes of Team USA for the 2020 Olympics here in Tokyo, Japan. For now though. Until the 2021 podium finish, this will more than do.

Must Read:
What's Next For The Lakers?

Seeing Sab’ take on Stewie and Suey as the New York Liberty and Seattle Storm out of respect stayed in their locker room for the national anthem for a one minute silence for Breonna Taylor. Seeing her name on the back of every players jerseys until they arrest the cops. Seeing what the NBA brothers to the W are going to put on theirs, whilst rocking the orange hoodie like Kobe for the league. Seeing Black Lives Matter across the court. Coast to coast like it always should. Seeing the social statements. The search for social justice.

The game that always meant more than the ball and two baskets. How can you they shut up and dribble now you can hear everything they’re saying. They truly all have a voice like those without one should. Searching for justice. Searching for peace.

To think this is just the scrimmage.

Life in the Bubble is good…and that’s the tea.

Now how about the league, that is going to rise like the World Cup winning soccer team last Summer?

“We are dedicating this season to Breonna Taylor, an outstanding EMT who was murdered over 130 days ago in her home,” says Liberty star Layshia Clarendon.

“Breonna Taylor was dedicated and committed to uplifting everyone around here. We are also dedicating this season to ‘Say Her Name’ campaign, a campaign committed to saying the names and fighting for justice of black women – black women are so often forgotten in this fight for justice, who don’t have people marching in the streets for them. We will say her name. Sandra Bland. Atatiana Jefferson. Dominique Remy Fells. Breonna Taylor. We will be a voice for the voiceless.”

It’s a whole new game…and we’re in it for good.