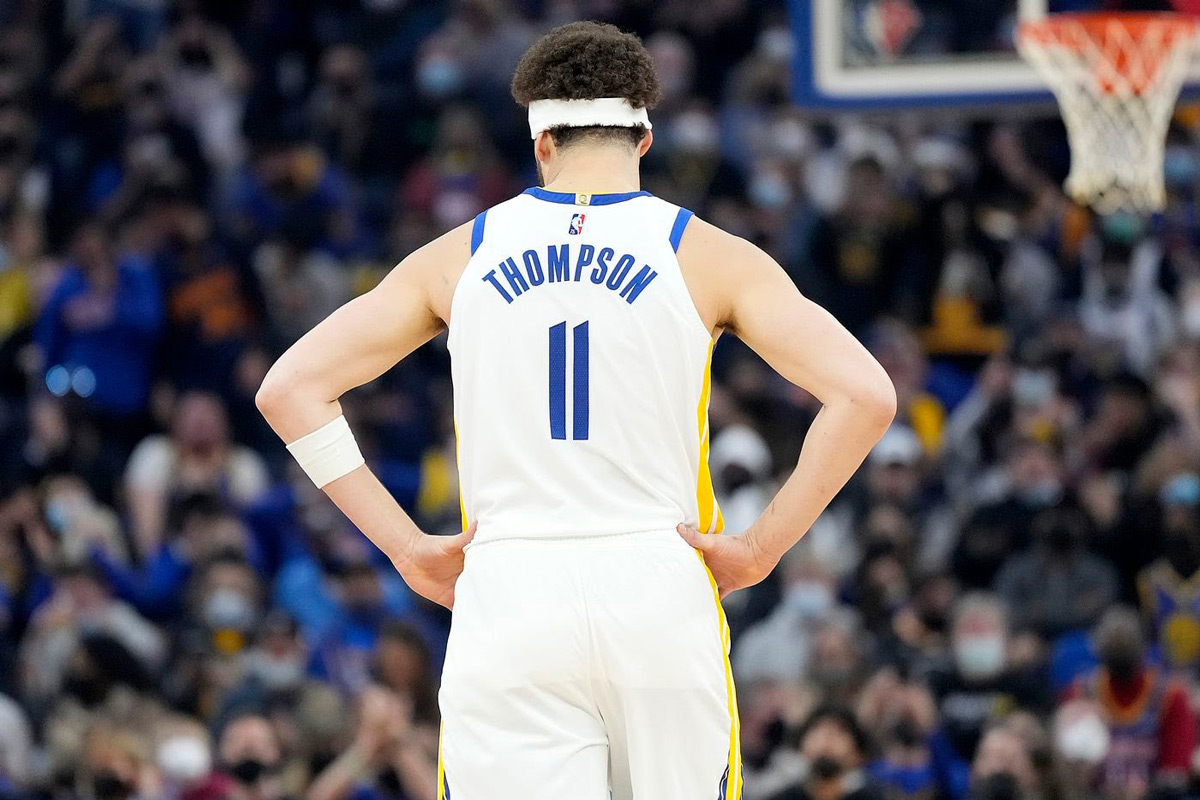 Its klay day and everybodys celebrating

It was a good Klay Day.

The last time Klay Thompson suited up for the Golden State Warriors in an NBA game before leaving with a torn ACL, the Dubs hadn’t yet moved to San Francisco and were licking their wounds after losing Kevin Durant to injury, not Brooklyn (yet) in the 2019 NBA Finals loss to the Toronto Raptors. Oh, and we as a people had no idea what a COVID-19 was.

2019. What a time to be alive. It seems like a lifetime ago. Especially in lockdown.

It for sure feels like even longer since we’ve seen our good friend Klay. Who now returns alongside his Splash Brother Stephen Curry with quarantine hair like our beards, wrapped in a signature headband.

But number 11 is all about taking the numbers higher.

He may have only played 19 minutes, being nursed back to the floor with Anthony Davis on the other side of California caution, but Thompson looked like his old human torch self. Pouring in the points and lighting up the scoreboard for 17 in the Warriors 96-82 win against the Cleveland Cavaliers and a rejuvenated Playoff Rondo if you want to talk about Bubble nostalgia.

But that wasn’t it.

A dunk, a shrug and a mean mug. Top lip raised like Tyler Herro. This was hero ball.

These 17 held some more milestones for comeback Klay in his dubbed reunion, as he became the fastest Warrior not named Steph to reach 1,800 three-pointers for the franchise.

Did you forget how close these Splash Brothers are…in more ways than just being shooting siblings?

With the shot, Klay Thompson also hit 12K points for his career. Forget cryptocurrency. These digit readouts are real.

And it all amassed for Golden State’s 30th crowning win of the season in The Bay.

What a way to return after two and a half years on the pine with a torn ACL and ruptured Achilles, as Thompson’s court feet were clay like Cassius.

The standing ovation Thompson got on the hash-tagged ‘Klay Day’ had everyone in Cali celebrating like Dr. Dre for this court chronic. But as he left the party early, this was just a toe-dip. Wait until this brother really takes a splash.