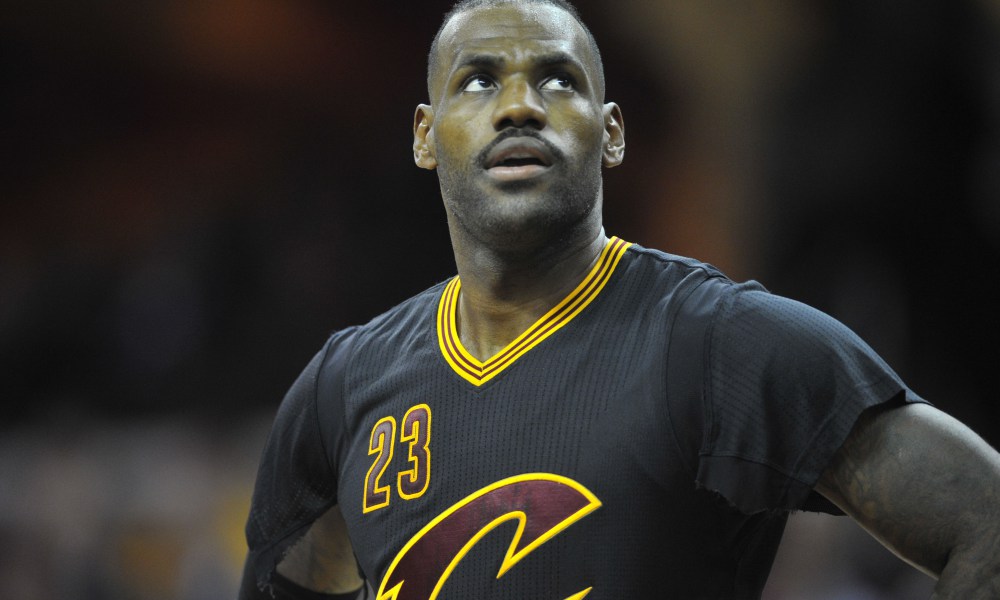 The King Will Not Ransom His Minutes

Running with the King shows you that there isn’t a busier basketball player on the spinning globe than LeBron James right now.

If he’s not showing he’s even funnier than the most hilarious woman on the planet Amy Schumer, making his acting name in the hit movie ‘Trainwreck’, he’s making major Hollywood moves with Warner Bros, following in the one giant leap, sneaker steps of the greatest of all-time Michael Jordan for ‘Space Jam 2’. Or showing he has so much more personality than we give him credit for as an entertainer, when the King imitated Price on Halloween and ripped through ‘Purple Reign’ in the type of ruffled blouse that the artist formerly sent up by Dave Chappelle wears when showing this cat can ball. All this whilst trying to deal with the bitter, no champagne taste of all the portions of Curry and still enough time to grow one hell of a ABA throwback mustache for Movember. Yet critics still give him lip!

Still in a December where King James is about to turn 31, Cleveland are looking to reduce this Cavaliers minutes to preserve some of that do it all talent for a man that shoots, scores, stops, steals, swats and slams all-over again. The Ohio franchise are looking to take LeBrons’s 37.1 minute a game average down to around 34. Yet is LeBron going to rest easy with playing as many minutes as an old rerun of ‘Friends’?

Your answer is a firm hell no from the King of the rock, thank you very much! “I’m shooting the ball extremely well and I’m not hurting my team when I’m on the floor. If I’m hurting my team, then I should be sitting down. But I feel good”, LeBron has told the press after Coach Blatt admitted that a crane couldn’t drag this Basketball Rolling Stone away from the floor…forget wild horses!

When you come at the King you best not misunderstand him. Sure he has a lot of burden to bear on that new black sleeved jersey breaking back, but that doesn’t mean he wants to set it down. Even if he does have big-three teammates like reconciled Kevin Love and returning Kyrie Irving to share the load with. Did they lay of The Land not read last weeks compelling and captivating Sports Illustrated piece by maverick writer Lee Jenkins? With his mind set on nothing but getting his ring back like the Lord that he is this is ‘LeBron’s Time’…and he isn’t giving up one minute of it whilst clock watching the throne.

Not until the last second ticks down and he has the crown.