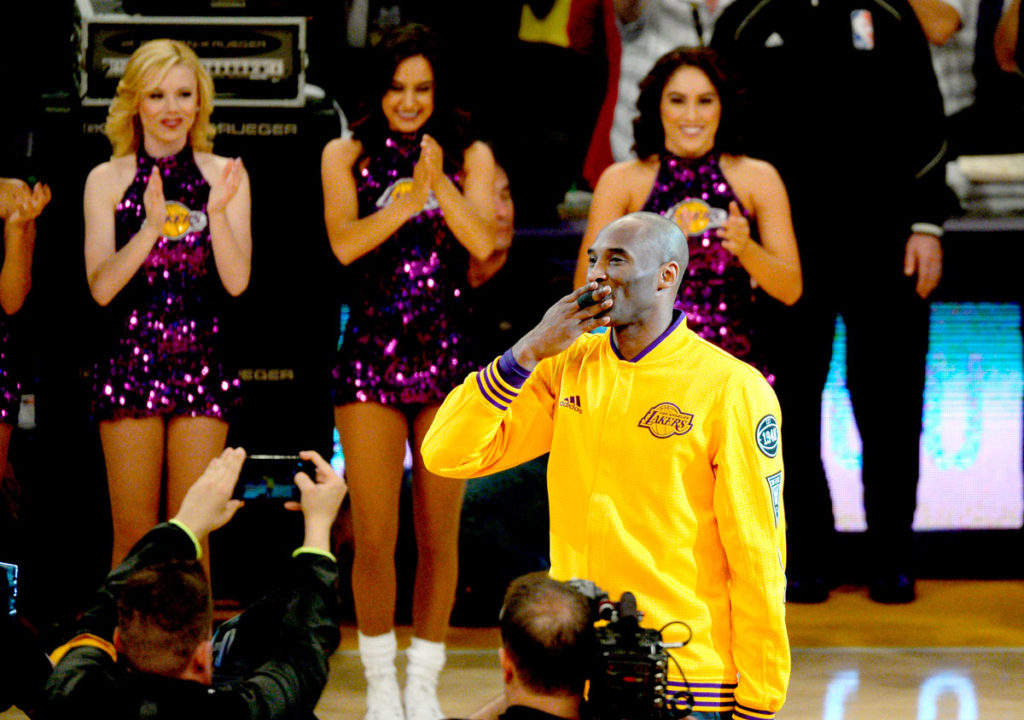 In every man’s life, one needs a superhero. What is a superhero to me? One who stands for what he believes in. While conducting it in his own fashion and that action being inspiring for others. I’ve heard and seen with my own eyes people cheer you on and bash you in the worst possible way one can be bashed.

From hearing people describe you as a  ball hog, selfish, bully, ignorant and so on. You kept this unique composure. Many wondered who is this guy? Why isn’t he going down like the world around him wants him to? Because they would soon find out that you we’re not just an ordinary athlete, you were as the basketball world would know you as the ‘Black Mamba.’

The name originating from many snakes. Your comparison was to the black snake known as ‘the venom’. This snake is known to be very toxic. It can also bite people at a very rapid “succession”. Kind of how you can ‘kill’ your opponents in a rapid matter of time. Where I’m from (the hood) people often describe others as snakes mostly when someone offends a person in a very discreet way. But sometimes it’s all a matter of a misunderstanding between two individuals. In one’s mind a certain action can be viewed as good. However, in that other person’s mind it can be looked at as “snaky”.

Some may call your actions throughout your career as snaky but I call it Iconic. Throughout your career you had a certain way of thinking. Despite many people not liking it, you’ve made everyone respect you! It goes beyond all the accomplishments you’ve acquired in the NBA while having a negative look. You used basketball as a healing tool, a fun activity, a heartbreaking story and a heroic one. I remember growing up, I knew I loved basketball because it was a culture instilled in the hood. It was one of the only things a young, black, poor kid could do better than the average teen. However, I still looked at basketball like just a regular activity. Then growing up playing NBA 2K series and watching the NBA here and there something hit me! I started thinking to myself, maybe around grade 10 that basketball was not just a game. I don’t know much about other sports because I have never payed close attention to them, but to me basketball is the best compliment to the hip-hop culture.

Must Read:
No Show? Paul George Strikes A Deal With The Thunder!

Michael Jordan set the tone for how big the game of basketball has become, and not just by his style of play. His shoes alone have made him more money than he’s ever made in his career. The Jordan sneaker series have made him the richest and easily the most successful athlete of all-time. Unfortunately, I didn’t get to see M.J play live, in-person, but I have seen a man named Kobe Bryant play on February 12th 2012 vs. the Toronto Raptors. It was my second-time going to an NBA game, this time my favorite player was playing, Kobe Bean Bryant.

I remember rushing to the Air Canada Centre and forcing my way behind the Lakers bench at half-time. It was a close game. I remember taking a video with 58 seconds left in the game, I said ‘Kobe Please’ and you hit a three-pointer to cut the Lakers deficit to 1. The whole crowd screamed, some booed, others like me cheered. To my surprise the show was still not done. You started biting your jersey with a scary look on your face. You stole the ball during the Raptors next possession and ran a fast-break with Metta World Peace and he finished the fast-break you created, with a lay-up. The following play Jose Calderon hit a jump shot to take a 1 point lead with 16 seconds. Fans around thought the Raptors had stolen the game. But I knew better than to doubt you. You hit the game winning shot on James Johnson and the whole crowd went crazy. Then as the Raptors tried and tied the game. You asked to guard Calderon who was hot that game while still biting your jersey.

A clear play designed to give Calderon the ball, you guarded him and forced a five-second violation. The Lakers won and at that moment right there, in front of my very own eyes I saw that you we’re indeed a superhero. What I didn’t know was that the young boy running to the stadium was running to his soon to be dream.

After that game I remember thinking wow, that atmosphere is easily the best I’ve ever been around.

From hip-hop music playing, to fans booing and some cheering to professionals playing the game I loved growing up so properly. I knew right then and there that I want to make a living working for an NBA team. Kobe Bryant made me develop a dream for something I view as art and life.

To me no one has ever demonstrated the art of basketball like you. You’ve worked like no other athlete could work. You’ve done everything a man can hope to do on a basketball court.

After all 81 points!! Shots after shots, I could go on forever with all you’ve done for this game. But your greatest accomplishment is easily the fact that you poured out your heart and gave absolutely everything you had to the NBA and the Lakers uniform. It’s helped you mature, love, appreciate, help, share, win, lose and accept. Now I am accepting that you are retiring. You don’t owe me anything, you’ve already demonstrated how much bigger basketball was then how people perceived it. How it’s an art and inspires millions and millions. You’ve impacted me and many other great ones. Because of you I am now a 21-year old basketball writer, scout, coach and I do believe I will work in the place you’ve made me develop a dream for ‘The NBA.’

Rest well! You’ve created dreams, set the standard for players, made us cry, made us smile, made us hate and now will miss like no other.

See you soon MY SUPERHERO,