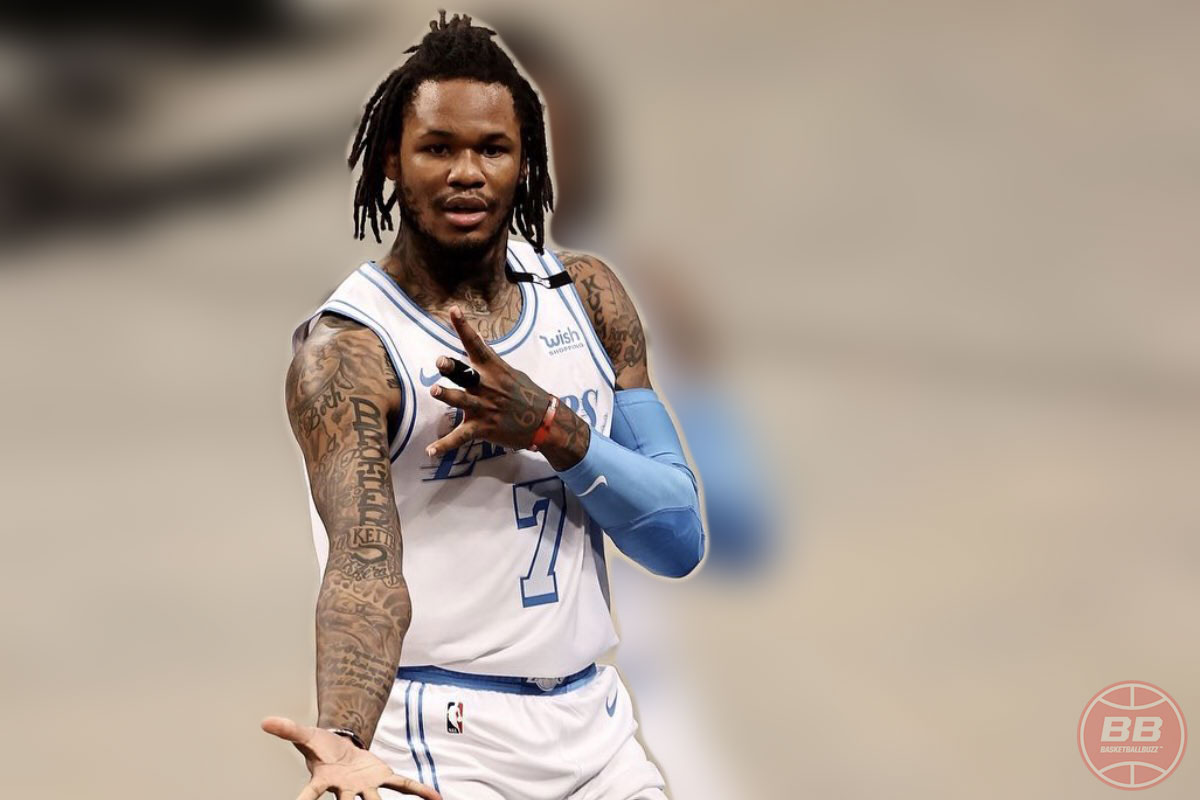 You know what they’ll say. The Nets didn’t have James Harden. Or bench man Spencer Dinwiddie. But the Lakers didn’t have Kyle Kuzma, Marc Gasol, or Wesley Matthews either.

They will talk about how Kyrie Irving was ejected. But so was the Lakers Dennis Schröder seconds later, after an altercation that left both star points jawing like dentists before taking the early chair.

That didn’t stop Hollywood flipping the script on the super-team, after not even all the Kings men beat Brooklyn in their New York home on the Basquiat court canvas.

The city of angels didn’t just win on the road either. They gave the Nets a 126-101 drubbing behind Drummond and Co.

Sure the Lakers still had big talent on the floor with the recent pick-ups in James and Davis’ absence. But so did Brooklyn in their own buyout bargain of the front-court force of Blake Griffin and LaMarcus Aldridge.

Oh, and they still had some guy named Kevin.

Durant had 22 and Kyrie 18 before he was tossed like dice. But the Lakers went one better with Schröder’s own 19 before his red card like sending off. Andre Drummond had a giant night for the Lake Show in NYC with a double-double of 20 points and 11 rebounds and his first win in purple and gold (or Minneapolis sky blue for Elgin). Yet it was the Lakers latest bought out free-agent that brought out the big guns.

New acquisition Ben McLemore was amazing from downtown Brooklyn for Los Angeles with 17 points as eight Lakers players ended up with double digits in the points box score. Way for the marksman to make his mark in his second game from three point territory for a team that is already KC3 prolific from the perimeter when it wants to be.

It feels like the former lottery pick McLemore’s three-point celebration is about to be as UPS downtown delivered signature as archer Wesley Matthews’ (who we should start calling Wesley Snipes) Hawkeye bow and arrow.

As a Laker fan I haven’t been this hyped scrolling the timelines to find a Lakers win since my VCR gave out in the last quarter of the 2010 Finals.

In Lakerland this doesn’t mean the reigning champs will go back-to-back quite just yet. But Los Angeles vs New York, this best West versus beast East preview clash shows the potential Finals would still make for some epic entertainment, even without all the major players.

Like the late, great DMX (rest peacefully Earl Simmons) once barked, LET’S GET IT ON!