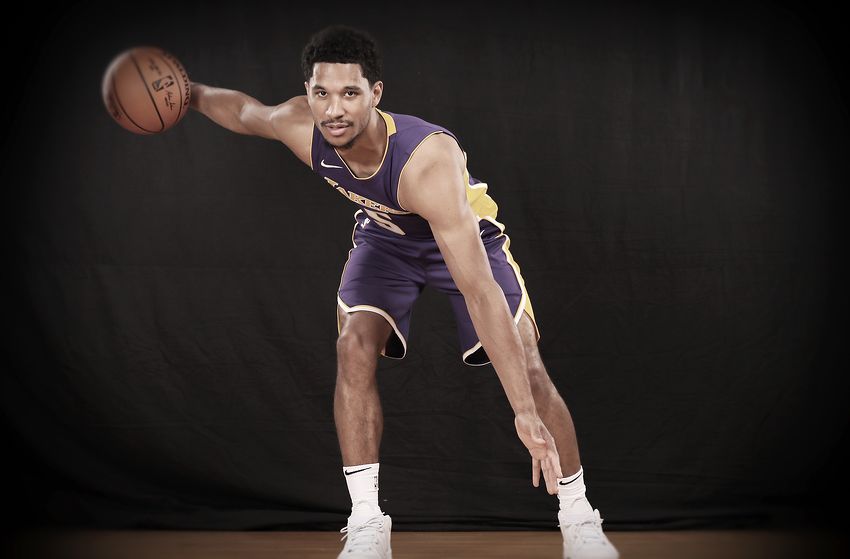 Tonight, mere hours from now when Motown goes to Hollywood as the Los Angeles Lakers take on the Detroit Pistons at home, all eyes will be on Kentavious Caldwell-Pope as K.C.P. reunites with Motor City for the first time since leaving the D for L.A. this Summer.

That is if all eyes aren’t already on the young Lakers core taking court against the Andre Drummond, Reggie Jackson and Tobias Harris Ford factory assembly line. A cohesive collaboration of raw ready top ten picks and late round steals from the last few drafts, including the likes of Brandon Ingram, Julius Randle, Jordan Clarkson, Larry Nance Jr. and Ivica Zubac. All lead of course by the one who everyone has their eye on like the ball, Lonzo. The number 2 number two pick of this years draft who already looks to be your leading Rookie Of The Year, All-Star and big balling brand franchise face of the future vote-getter.

That is if everyone’s gaze isn’t averted by numero zero, come hero, 2K, Kyle Kuzma. The latest Jordan/Nance/Zubac late round sleeper steal who could just be as big a name and star as the rest of their top ten, starting five young-core. I mean from the Summer League to right nows regular season in bloom have you seen this Ingram/Nance/Clarkson hybrid play?

Alas there is one more pupil worth a look in in this class of 17 draft alumni from the Lake Show that has even seen them pick a player named Bryant of all surnames to put on the back of a purple and gold jersey (and lookout for the tank frontcourt force Thomas too). You may recognise the name Josh Hart from making moves with Villanova, but this college grad is about to be more famous than just one photo of him being left hanging more times than the D’Angelo Russell youtube video of that former number one back in his sophomore season.

Must Read:
Lakers Become A Menace With Dennis Schröder

Another all-rook worthy of his place and award, Josh Hart could be another beat to the soul of the Ball, Ingram, Randle, Clarkson, Nance Jr., Zubac and Kumza core that’s set to blow like big breaks under the Hollywood lights. Off the bench Hart brings his surnames sake and hustle. He can bucket and bound (holding 4.4 and 3.0 averages off the pine right now that will only get fresher) and go deep until the other team gets no sleep. But mainly he’s a defensive presence in a team that sorely needs some of that on the other end of the hardwood to compensate for all the baskets they can make on the fun side of the floor.

Taken at number 30 in this years draft Josh’s stock is much more than that. And the number 5 with the beard and fro like Big Shot Bob (but lets face it his number 5 should be retired and raised to the rafters for Robert Horry already) is clutch on the opposing side of a last second shot. Hounding defenders like hell until he steals defensive statistics off the block, Hart is ready to make the man he’s marking look average, all whilst showing he’s anything but.

Even Lonzo Ball tells SLAM magazine that if he doesn’t find his place as Rookie of the Year then this accolade may just stick with one of his Panini press photo running mates. In this post-Kobe era in Lakerland known for storied NBA franchises out of Hollywood soon the talk of the town will be on the eight wonders of L.A.’s gold world. But this purple mixtape wouldn’t be truly rolling without a rookie big-three this season.

Besides in this game you can’t have offence without defence and to play you can’t Ball without Hart.

And to think he’s still waiting on that high-five…