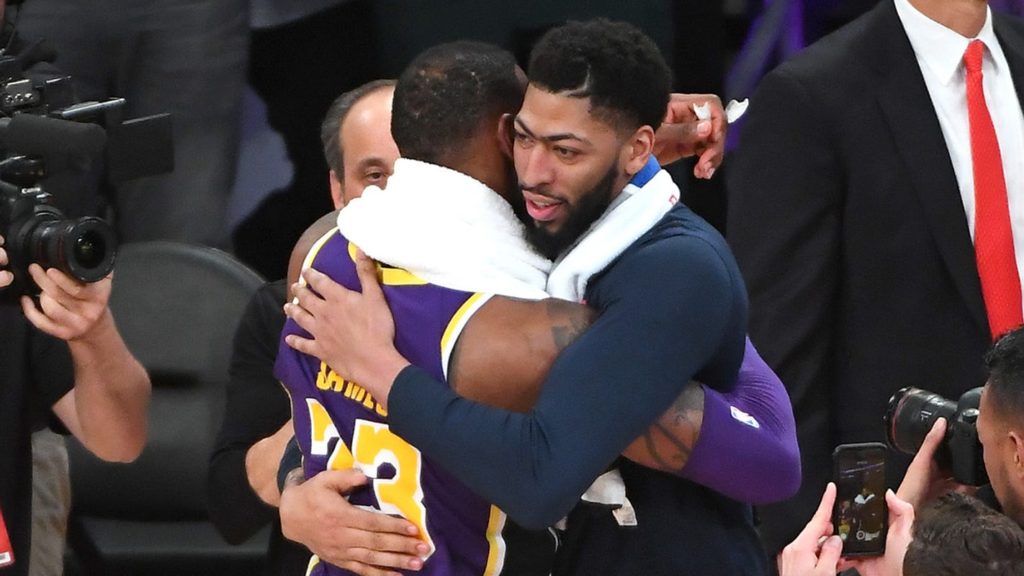 Lakers Finally Get Anthony Davis But At What Cost

Like a rat crawling over some controls and releasing Scott Lang from the Quantum Realm in this Endgame, just like that the Lakers have their Ant-Man. And it’s an avenging, giant, levelling up move.

Still I hate to piss on this parade and sound like Morgan Freeman in ‘The Dark Knight’, but at what cost?

Well to be specific here’s the receipt.

Brandon Ingram (okay we expected that, but still).

The fourth pick in this weekends draft (or should we say Cam Reddish).

And a load of other picks over the next few seasons. Or should we say a couple of Jordan Clarkson’s and Larry Nance Jr.’s.

Well at least they got to keep Kyle Kuzma for a formidable frontcourt that might be the new, next big three.

But the young core and that keep the hash-tag campaign is officially the casualty of this trade bait like the jobs of Magic and Dell Demps, that’s been fish on the line dangling for longer than that Kawhi Leonard rim rattling shot against the Sixers.

We will say it again. That clip of Rob Pelinka claiming he set up a meet between Kobe Bryant ans Heath Ledger after Mamba watched ‘The Dark Knight’ is beyond messed up. We all know Heath passed away before the film even came out. Don’t disrespect the dead. Can’t buy character. But can sell your integrity.

That’s who you are dealing with Lake Show.

Hollywood’s Rob Lowe would have been better.

Let’s see who you’re not dealing with anymore.

What you wanted more?

All the years all the young guns with plenty more calenders left in their clips. All gone.

And they didn’t even ask for Julius Randle back as part of the trade kicker.

But look to him staying in New Orleans now with Ball, Ingram, Hart and whoever else would have ended up in Los Angeles with that luck of the lottery fourth ball. And the Pelicans about to fly with the road to Zion looking like the closest thing to what would have been the young Lake Show for the future Mardi Gras in Crescent City.

Don’t write off NOLA it’s all about to go down smooth in the Big Easy.

But after months of speculation, social media tweets and articles I rest my case, I’ll say no more. But you know how it is.

On the bright side in sunny California…Anthony f##### Davis.

The Lakers finally have their man. And next to LeBron the most dynamic duo since Shaq and Kobe…sorry Pau. It could be Finals…it’s at least playoffs.

Now it’s time to put another great core together.

Cue that laugh…hey we all have dreams in Hollywood.

Free agents will be more likely to join the ‘Space Jam’ show now too, but whoever LeBronland casts like throwing up movies off your phone on to your T.V. it’s a whole new world in L.A. now the Genie (or Jeanie) has finally granted their wish.

But how about two more Aladdin? On the spirit of Robin Williams help us Will Smith!

Then that will make up for all the young princes they’ve lost for one King.

As of right now like Swiss, this team has more holes than “fashionable” hipster t-shirts on Rodeo. There’s no starting point for one. And not having Lonzo ball out on the tutoring of both legendary super sub Rajon Rondo and the fellow pure point Basketball I.Q. of new assistant coach Jason Kidd is a real shame. Like losing a pure scorer like Ingram (or *clears throat* D-Lo). Or the best role player the Lakers have ever had since the days of Horry, Fox and Fisher in Josh Hart. Not to mention whoever would have come next starting this weekend.

All for a guy who was going to come to us next Summer anyway and in these changing player power times could still walk away next season anyway.

I guess the Lakers looked at Leonard winning it all with Toronto and thought it was all worth it.

But at least it’s all done. It’s over now. And for now Anthony Davis in that Glen Rice 41 is the next big man great in the legendary Laker lineage of Mikan, Wilt, Kareem, Shaq and Pau.

Just don’t Andrew Bynum or Dwight Howard this up.