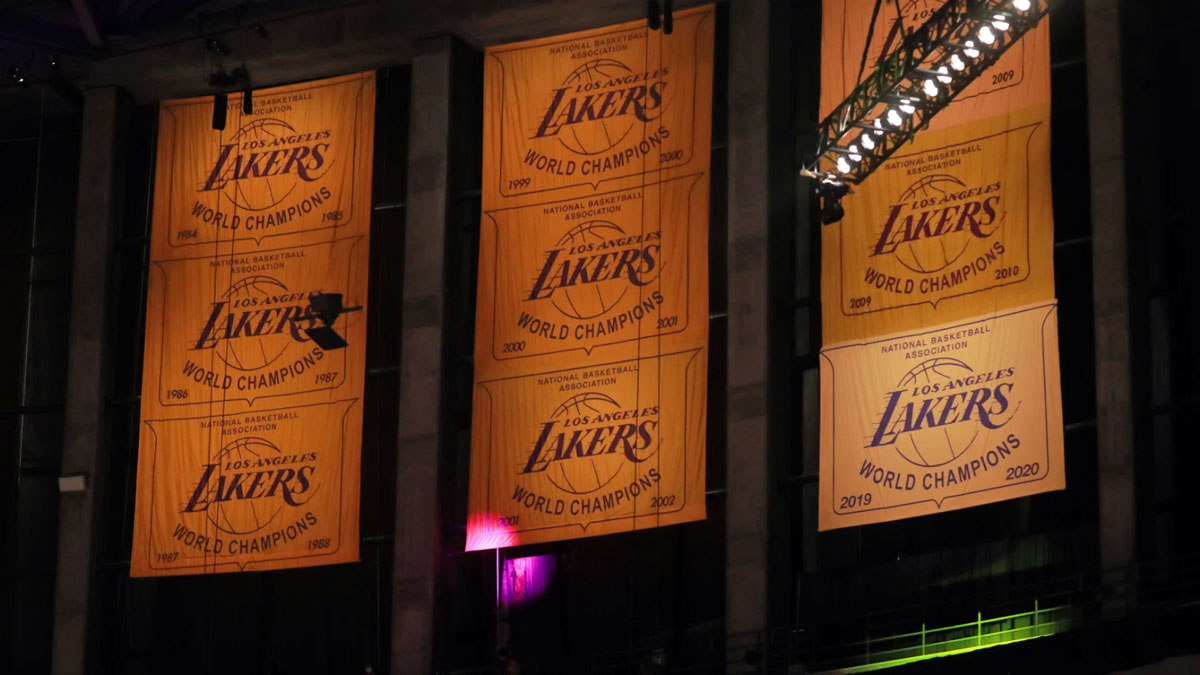 Who would of thought that when the 2020 champion Los Angeles Lakers raised their 17th banner to the rafters they would be fighting for their NBA playoff lives?

They won it all last season. They may not even make it to the postseason at this rate.

It’s just been one of those years, already in May. In a season as condensed as milk. One that’s even seen the Toronto (or more like Tampa Bay this year) Raptors eliminated from playoff contention. Just two years removed from winning the title. Although, whoever runs the Raps Twitter is the real champion saying the NBA could have used a smaller font and they would have still got the message.

So many players have been down like cell phone service in a place with no masts this year. But no one can make any excuses. The Lakers may have been without the LeBron, AD and of course Jared Dudley for a stretch. But everyone from Brooklyn Nets super-team acquisition James Harden and Houston Rocket Victor Oladipo who has just had season-ending surgery have missed time, residing on the pine.

The only thing missing more than all these NBA players was fans in the stands. The echo of the empty arena in STAPLES has the rim sounding like kids dropping toys in a plastic barrel every time someone hits the rim. It’s time for the Lake Show to stop playing games before there aren’t any left.

“We said we would not unveil this banner until we had some of you guys in the seats, so this is your guys’ moment,” the King told his congregation as Queen’s ‘We Are The Champions’ played, next to Jeanie Buss at the Lakers logo center-court. The curtain covering the banner dropping like the Times Square ball on New Year as Randy Newman told us how much he loves LA. “We had our ring night; we wanted you guys there, but we wanted to make sure we saved the banner for y’all.”

Lakers Hawkeye shooting sub Wesley Matthews Jr. who signed-up in the off-season as a free agent sat out in the locker room and prayed before he played. “That was something that I felt was for them,” he said. “And me, my fire burns, my hunger burns to raise another banner.” His heroics with the arrow will help point in that direction come Playoff time like former Rocket McLemore’s arm range display. Just like his clutch put-back against the Knicks last game. Or his late defensive strip of Canadian Rocket Kelly Olynyk in this one.

But for the best defensive team in the league to defend their throne they need their dynamic duo back. Dennis Schröder too. Despite Alex Caruso’s valiant efforts manning the point all by his lonesome. They will also require the AD double inside tandem of Davis and Drummond to continue to do big things and gel in the paint. They need ‘Trez to be’ Trez. It’s essential that the ‘Pulp Fiction’ nicknamed Mr. Wolf of Marc Gasol steps in too. Because he’s really needed right now. It’s going to take everything they have.

Laker Nation may have almost had nobody in attendance too (4,000 compared to the 19,000 pre-pandemic standard), but no one sells out arenas anymore in these COVID-19 days. Not even Taylor Swift…and she has her own banner up in STAPLES.

Besides this was the Lakers last home stand before the Playoffs were they look to avoid the play-in tournament against the likes of Steph Curry’s Golden State Warriors, or Ja Morant’s Memphis Grizzlies. They hope to clinch the 5th or 6th seed and have to win their next and last two games of the season on the road like Kerouac.

After winning an overtime thriller against the New York Knicks (who have just clinched their first berth since 2013) for a new classic LA/NY rivalry with their former young gun, Julius Randle they grounded the Rockets 124-122 to celebrate their latest rafter addition. As Talen Horton-Tucker had a team-high 23 points and 10 rebounds. Whilst Kyle Kuzma also had a double/double of 19 and 10 and a game winning lay-up with 6.9 on the clock.

But the banner moment was really what they raised. The Lake Show can’t afford to fall any further if the Showtime wants to go on. Even if former Sixth Man Nick Young on Twitter thinks his old team are playing the best rope-a-dope since Ali.

He was the King of the world. The King of Hollywood needs a happy ending for this new Laker legacy before his movie with Bugs Bunny drops this Summer.

With their last shot hoping to fall like THT against NYK they can’t afford to celebrate too early, turning around like Swaggy P.

Then it will be Spike Lee who has his hands cupped to his ears. Waving goodbye like Dame Lillard, as James and Davis have nothing to do but stand courtside and watch.

Do the right thing champs.

Last year the Lakers tied the storied Celtics all-time with 17 championships. This year with a true crowning for the King like no other in purple and gold history they could finally overtake them.

That is if they still have what it takes.

“The road to back-to-back starts in about a week. So, let’s get going.” – LeBron James.