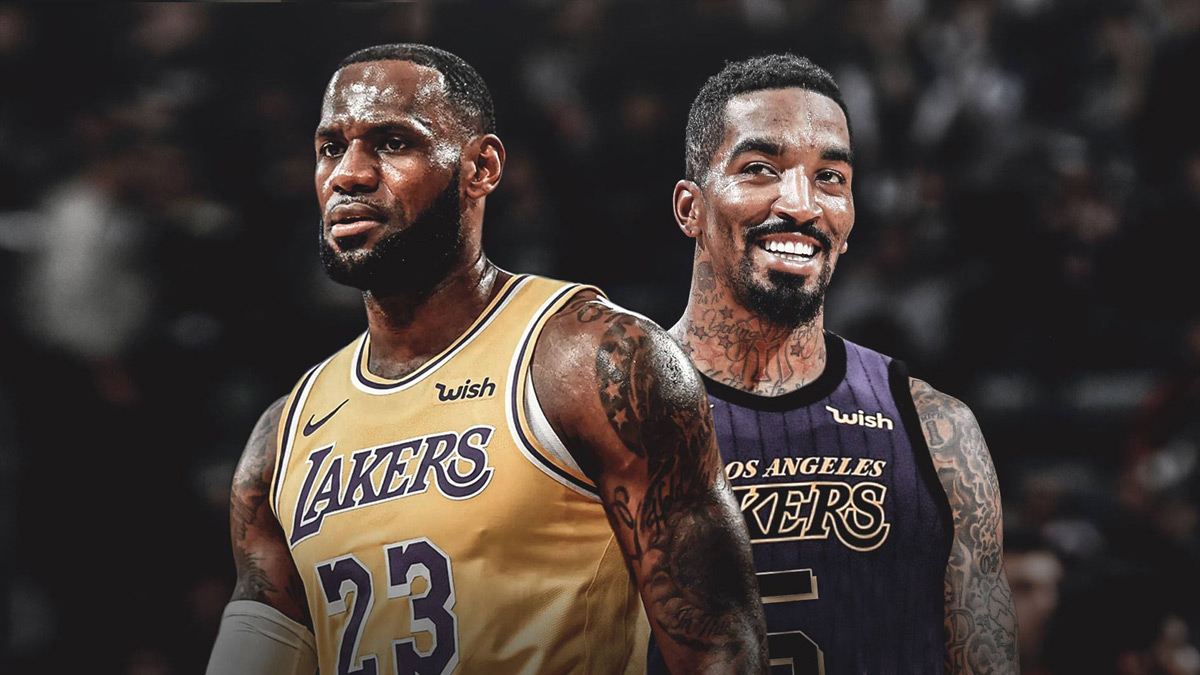 Referee with a whistle it’s not official yet…but it’s about to blow.

J.R. Smith is set to sign with the Lakers for their Florida project Bubble tournament run.

To think we were already playing Mickey Mouse games at the Disney World resort. Now we’re adding a guy who inspired a range of shirts that were no shirts.

Now who would take another shot at J.R.?

Hands outstretched and exasperated face saying it all, for one of the most famous photos on the internet following Smith’s infamous clock running NBA Finals gaff, LeBron James in reunion that’s who.

Two seasons ago when LeBron arrived in Lakerland following all that the Lakers signed veteran big-name like JaVale McGee, Rajon Rondo, Mike Beasley and Lance Stephenson to back the King and all his young men up. Despite the latter two moving to China and the former staying on as big time contributors, what fun they had. Even if they were dubbed by critics as the “meme team”.

One ESPN article headlined it ‘Stranger Things’. Well look at JaVale redeeming his career and taking it to eleven like Dwight Howard in the post now. No one’s laughing. Rondo’s still a pure point too. Still in need of some perimeter shooting for the postseason beyond champion Danny Green and KCP the Lakers picked up one of ‘Bron’s old running mates in serving up Dion Waiters. A wildcard if you ever dealt one.

Now if you thought that something, following x-factor role player Avery Bradley opting out of the land of Disney due to COVID-19 concerns and the respiratory issues of his son, the Lakers were allowed to make another addition.

So who would they go with? DeMarcus Cousins, who they recently cut with all intense purposes of bringing back (still can)? Another former flame Beasley who has been burning bright on viral practice runs? Darren Collision, who was seen schmoozing courtside in Los Angeles with Rob Pelinka? Or how about Jamal Crawford who had 51 points in his last game and has been a free agent for longer than your boy has been single?

Well it sure is a Hollywood move if anything.

You know what though? I love it.

As long as he becomes J.R. Smith and not J.R. Rider for the Lake Show then it’s all good. Even if he does average less time than former star Mitch Richmond’s run that saw “The Rock stuck to the bench like concrete. Just like the 23 before James this King’s man is a champion too and the man who got his fade away off 2K is adept at draining the buzzer beating three from way beyond half court, off balance. Check a YouTube highlight reel or something.

The most three pointers in NBA Finals history. Made…not taken.

Like Waiters there’s no need to wait, the former ‘Sixth Man Of The Year’ Knick and Nugget is instant microwavable offence, even if isn’t always the best sustenance (no offence). From New Orleans to New York, Mr. Smith is exactly the energy the Lakers and the league need as they go into the Bubble minus home court advantage or even a single fan to cheer them on.

J.R. will be that spark plug shot that will flip this team into overdrive.

Besides you can’t have Showtime without a showstopper.