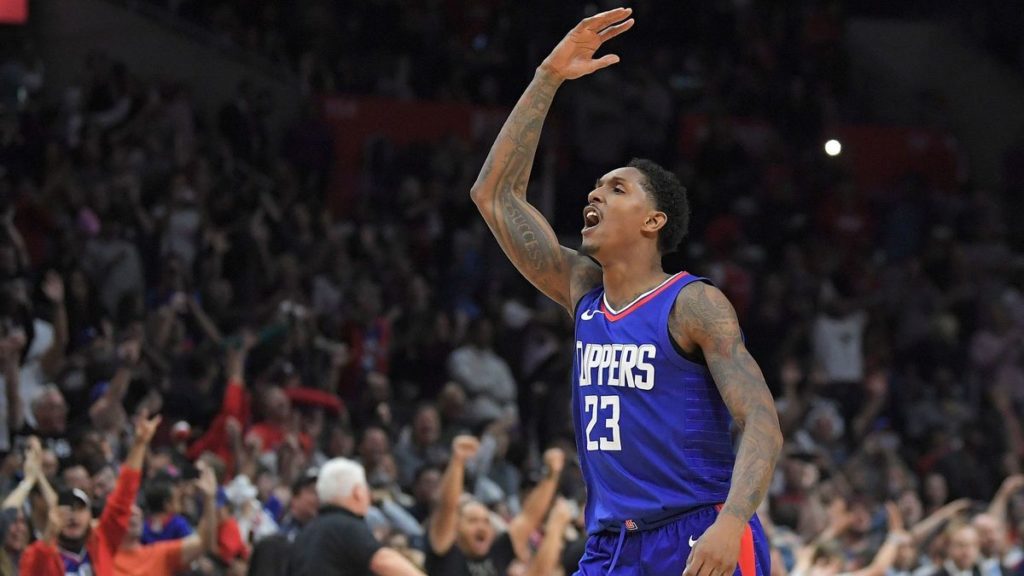 Lou Williams Is The 6 Man Of All Time

If you’re reading this too Drake… there’s no 6 Man like Lou Will.

How sweet a sixth he is.

Last year Lou was put in All Star consideration off the pine. This calendar as of last night, blowing out the storied Boston Celtics he’s just boxed Charlotte Hornet legend and Steph and Seth with the shot pop, Dell Curry’s, all-time history record for most points ever off the bench.

Talk about a buzz.

Talk about making a splash brother.

No bench player has every varnished the hardwood as good as Louis Williams.

He used to be the north. So much so Toronto Raptors team owner Drake rapped about him with CN Tower like perspective views courtside. He began his career in Philly with everything at stake with Sixers storybook Allen, rhyming with Iverson at his side rap hustle. But his true bars kicked game with a whole other type of balling. It turns out after Bubba Chuck, Sweet Lou was the answer to everyone team and crowds spark plug. This writer once came up with a Top 60 Microwave Players of All-Time countdown. To which the swag of P, Nick Young at the reverse top spot sixty responded on Twitter quotation with the word, “weak”. But come to think of it I may have literally come up with this list in a minute in-between microwaving meals as I may have missed out L-Will, even if back then he may have started more.

Now THAT is weak Nick.

Oh how I and anyone else doubting would be proved so, so wrong. Catching one of Kobe’s last games at STAPLES against Kevin Durant and the Oklahoma City Thunder in his last season I saw live this purple reign come to an end as Lou Williams poured in a Jerry West 44 points off the shooting shirt and ripped off sweatpants. Your favourite bench player doesn’t ball like this. And now crosstown, court and arena with the Clippers. Cleaning up like brushing all the hair in barbershops where he’s the talk of the cut. This L.A. king of the pine time primetime is making the Lakers and everyone else pay like the furious defensive passion of Patrick Beverly and his man to man maze and what soon we will all see even more with the post career of the young big, Ivica Zubac for your draft picks you chose not to nurture.

Must Read:
Celtics Too Much For The French Quarter In The Fourth Quarter

Like Stephen A. Smith of all people got right. Soon if you compare the West Coast and East big cities of Los Angeles and New York, the Clippers will be the Yankees and the Lakers the Mets.

This guy gets buckets like leaking roofs. And just like that precipitation this time of year, he’s all water. Newsflash that stuff is wet. It may not be new news here, but it’s nothing fake. This consumate teammate and player and contributor is as real as it gets. And when he makes history like this it’s all for the record that will never forget, even if our timelines day to day do.

Lou eclipsed Dell’s old like a PC record of 11,147 points off the pine in this new world, smartphone social reacting age with his 34 points. That he recorded in just a Michael Jordan 23 minutes of burn as he torch turned into a flame thrower, human torch, rolling like a cannonball run. As the Clippers of all names, beat the Celtics of all franchises, 140-115.

Forget just Sixth Man of the Year, you don’t think this guy’s the bench G.O.A.T.?

You’re out of here.