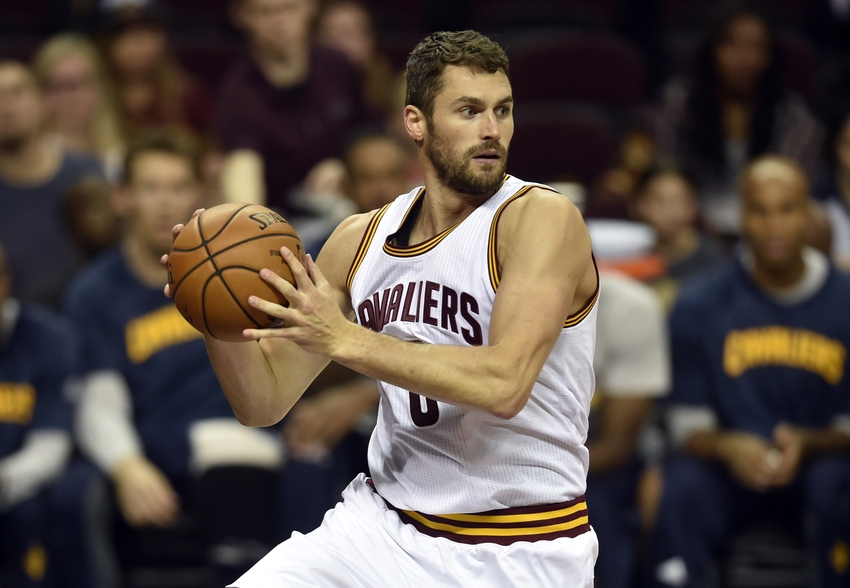 Again this time of year?

When all the Kings men were waiting on a love letter today, LeBron and The Land ended up getting a Scarlet one like their road uniform…and not from Hollywood Queen Johansson. The sick note from the doctor reads that Kevin Love will be out for around six weeks after undergoing arthroscopic surgery on his knee.

Losing Love this time of year always seems to be an achillies heel for the Cavaliers. Especially when Cleveland believe The Land can take Oak town again in the four months forthcoming NBA Finals that the Cavs and Golden State are expected to repeat again, three times lucky. Even if the three of Steph Curry, Draymond Green and Klay Thompson have added a fourth Warrior in Kevin Durant.

Sure James’ gang have loaded up on three-point gun for hire Kyle Korver who flew in from the Hawks and may find that playmaker ‘Bron wanted in Dallas Maverick Deron Williams, but without Love their heart is torn out. No matter how good the King and his young prince Kyrie Irving are.

They could sure use that Carmelo Anthony trade right now.

Cavs fans will hate that they didn’t talk about Kevin for that Knick now. But loyalty lasts longer than injury. And even though K. Love will miss some major time as he will record as many minutes as his jersey number for the next month and a half, when he’s back it’ll be on. And he will continue to be the off-ball, out of League Pass focus difference maker between chips of champions and ones on your shoulder.

But this is just not what you want on Valentines day as injuries arrow hits Love, not cupid. Even with Hawkeye Korver on deck the Cavaliers wings are clipped (and to think Birdman Chris Anderson has just fled the nest). Especially as just breaking news moments later the Toronto Raptors continued their surge up East with the signing of Serge Ibaka. Another Thunder star who Oklahoma City should have never struck off. A big-time player who might have not been the same magic for Orlando, but was no sleight of hand either. The Raptors move doesn’t render The Land extinct, but a little fossilised in the face of the T-Dot’s exclamation.

Must Read:
Welcome to the NBA's 75th anniversary

It’s just a shame that Kevin Love received his jersey for next weeks All-Star Game at the weekend, just days before he has to hang it up for some time. He’ll be suit and tie for that game. As LeBron and Kyrie go to New Orleans and all Kevin will get is this damn jersey. Still it makes for quite the souvenir.

And come playoff time when the real games begin the Cavaliers will find Love again.