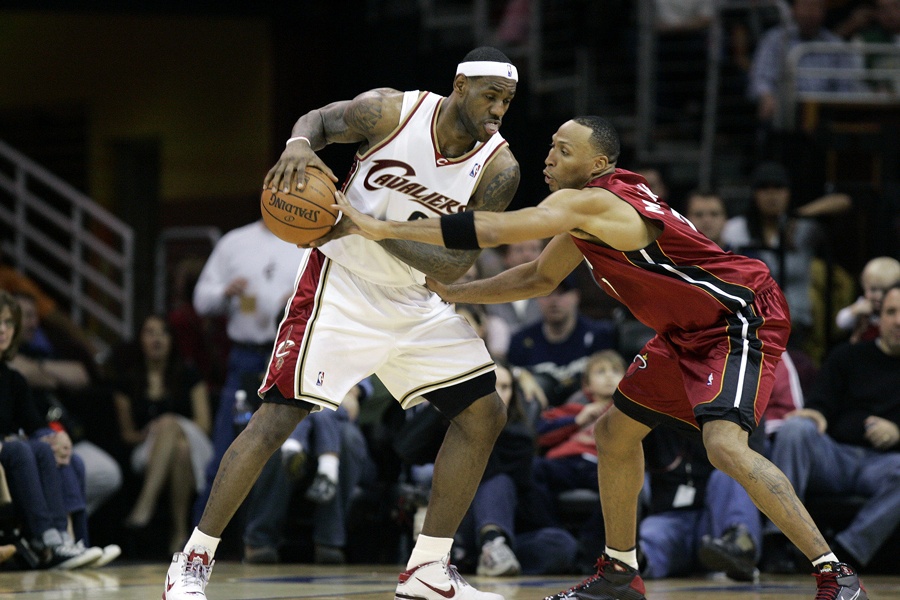 The Matrix of Cavaliers

Talents are getting taken to the greater state of Ohio like backwards decisions of years ago.

Now King James is back home on his Cavalier throne more all-stars are flocking his way quicker than the rising of old billboards.

Former Heat running mate Ray Allen is rumored to join Miami bolters Mike Miller and James Jones who would form a big three of big threes from downtown for a powerful perimeter. Then of course there’s the big trade for big asset Kevin Love who will join all those number one draft picks…except of course the talented Andrew Wiggins who according to former ‘Bron rival Kobe Bryant is the highest draftee trade mistake since the Charlotte Hornets stung and killed themselves by shipping him to the Lakers for brilliant big man Vlade Divac.

Did we mention this team has another point to stardom in Kyrie Irving?

If that wasn’t enough now the Cavs bench is taking shape with everyone but Dion Waiters (refusing to act like his second names patience) wanting to be a part if it.

LeBron is the one like Neo (no, not the perfect gentlemen R&B singer), but the Matrix has now added to the Cleveland code. Former Phoenix rising hot Sun dunker and Dallas Maverick champion Shawn Marion looks to put signature to dotted line and help varnish a polished bench.

Miami lost out on another guy to the Heat, as did the Indiana Pacers and Los Angeles Clippers. Although not the player he once was Marion comes with bulky averages for an off the pine player and could have a microwave hot resurgence off the bench backing James and lifting the crowd off the seats with his aerially amazing dynamite dunks. It’s a healthy addition of substance to Cleveland’s new five a month big name diet. After years of Mavs blue it looks like The Matrix Shawn Marion has chose the red pill.