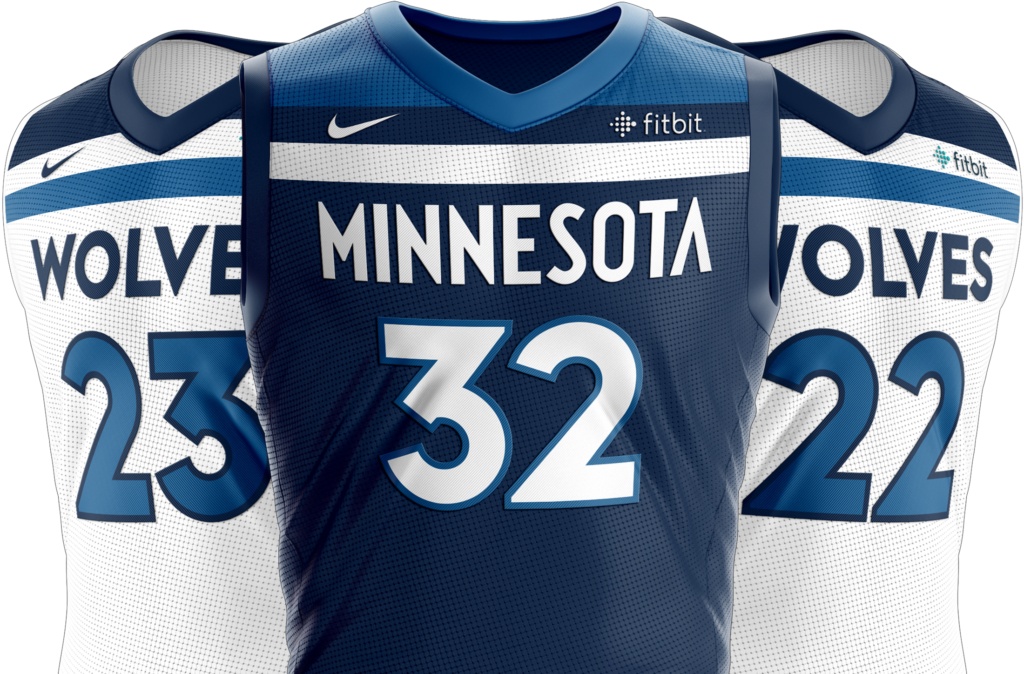 Nike Basketball has just about released all their new or updated team jerseys for the forthcoming 2017/2018 NBA regular season were they replace Adidas as the official uniform provider of the National Basketball Association. From home to the road away this includes their new trademark ‘Association’ and ‘Icon’ editions that can be worn with the advantage of home-court or on another clubs hardwood. Highlighting the end of the locker room sees some improved Clippers clothes after that disaster ugly rebrand and some mild scorchers from the fellow Pacific Division Phoenix Suns out in Arizona. Not to mention some similar-apart from the swoosh suit and symbol-San Antonio Spurs styles.

Hey if it ain’t broke don’t fix it, right Pop?!

But the highlight of this house of hoops new hardwood classics, especially in the wardrobes of the Western Conference are the new grand designs from the new big-three of this years sleeper contender the Minnesota Timberwolves.

These new threads will leave everyone in Minneapolis howling.

Unveiled on new Wolves serviceman Jimmy Butler’s social media alongside his new hair-braided cornrow style (what’s up Latrell Sprewell!), these great garments pressed and ironed from the Butler will be the talk of the city like Karl-Anthony Towns, or Andrew Wiggins in our fellow native Canada. And when this young Big 3 fresh face off with a fellow future franchise in the form of Lonzo Ball, Brandon Ingram and Julius Randle’s Los Angeles Lakers on a December 25th header, fans of the fur will hope they open what their favourite players will sport that day (unless Nike continue the Xmas special tradition) come Christmas morning.

The Twin Cities two Association and Icon, home and away jerseys are too good you’ll want to wear them twice in this Instagram inspired(?!) modern day fashion world were like a celebrity(?!) you’d never be caught dead wearing the same thing more than once. And don’t worry these T-Wolves have two more alternatives coming soon for your closet. But right now these white and navy joints with line headed trims above the team and town name are right there with the navy and white Indiana Pacers duds and the new Cleveland Cavalier amazing apparel (which lets face it never needed a face-lift) as the best of the new Nikes that the brand that made Jordan’s Jumpman famous (Hello Charlotte?!) have to offer.

And look Ma! No sleeves!

And if that wasn’t enough for the franchise that got it right when they went back to their old logo for the future. Continuing the more welcome trend of subtle and relevant team jersey sponsors (from Orlando’s Disney Magic kingdom to Philly’s StubHub (sort of) that NBA London will have a field day with) the Timberwolves are rocking the Fitbit on their shoulder straps. And probably their player’s wrists too.

Make sure you keep track of Minnesota this forthcoming Winter season, however. As like their new uniforms, they’re the new team to beat.