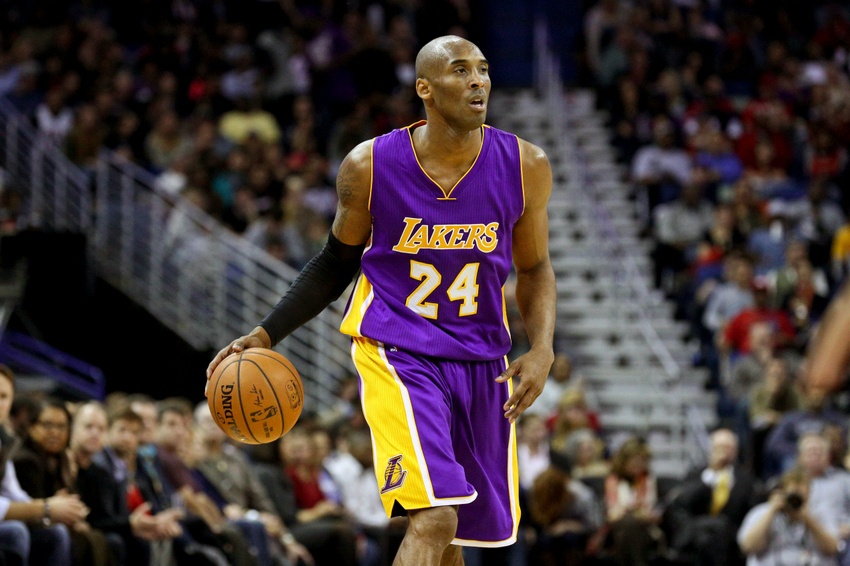 No Love Gasol Aldridge Butler Or Jordan For Lakers

Even this Lakers fan can’t blame the nixing of that infamous Chris Paul trade back in 2011 anymore (I still got it in there again though, didn’t I?), but I’ve got issues.

If you thought the last couple of years free agency were bad-were the Lakers lost both big-men Dwight Howard and Pau Gasol and failed to attain either superstar LeBron James and Carmelo Anthony-then until yesterdays first July day in free agency you hadn’t seen anything yet.

After all the months and days of speculation that started last season, most of the big deals in free agency-in a league that is the business when it comes to this second season in Summer-were wrapped up in the first 24 hours with the majority of big-names sticking with the teams they opted out of in a days trade (or lack of) that speaks volumes for squad solidarity and loyalty if not for the modern-day legacy of history’s legendary Los Angeles Lakers.

With one of the biggest names in basketball all-time on the last season or two of his All-Star career, Kobe Bryant had to get his recruiting on for the future without him. Sitting next to fellow legend James Worthy and the Laker brass of Mitch Kupchak and Jeanie Buss who he’ll join in purple and gold royalty want his sneakers meet the hook and his jersey meets the rafters.

After passing up on elite Duke big-man Jahil Okafor with the second pick in this years draft the Lakers selected small-ball changing of the guard D’Angelo Russell (to form a new big-three of the future with sophomore studs Jordan Clarkson and Julius Randle (at least that’s one would-be prolific big-man)), the Lakers where confident they could pick up one…hell even two in free agency, as well as some other big players and positions.

The only problem looked to be where everyone would fit in in this new contention ready roster. But what a difference a day makes. It was all good a week ago and all that. After winning the lottery it seems like the Lake Show have now run out of luck.

First there was Pau’s big brother Marc Gasol (originally a Laker draft pick back in the day that was shipped to Memphis in a package for Pau) refusing to sign. Then after whispers of the Chicago Bulls ‘Most Improved Player’ Jimmy Butler wanting to serve a year in Lakerland, he ended up re-upping in the Windy City.

Just like amazingly and somewhat unbelievably Kevin Love in Cleveland for a multi-million and year deal after years of the Lakers courting the Beach Boy kid. What a difference a pool-side conversation with the King and a open first-person article to The Players Tribune makes. Love and Butler join other big-names who have signed epic extensions with their franchises, including, Damian Lillard, Goran Dragic, Draymond Green, Anthony Davis, Kawhi Lenoard and Paul Millsap and Brook of the Lopez twins (another Portland big Robin is still on the table). So you can cross all those guys off the list too.

Then to make matters worse yesterday we learnt from the L.A. Times that LaMarcus Aldridge wrote the Lakers off his after reportedly not “gelling” with Kobe and being unimpressed following his meeting with the Lakers. A team that had first dibs for the many franchises forming presentations for the leaving Portland Trail Blazers star. Now you can stop that ‘L.A. to L.A.’ hash-tag trend twitters. It’s for the birds.

Must Read:
Jordan Changes The Rules, Makes A Maverick Move By Re-Signing With Clippers

The only L.A. King in STAPLES looks to be hockey players as this move is put on ice. We wonder what Maroon 5 singer Adam Levine is going to do with that jersey now. It’s not so sugar sweet now, this love has taken it’s toll and got old. To make matters worse the Los Angeles Times have also reported the Los Angeles CLippers’ DeAndre Jordan was left “unimpressed” with his cross-locker meeting with the Lakers, even though Kobe called him up on the phone personally.

Have the Lakers not learnt how to put a Power Point together after failing to entice Carmelo Anthony from New York of all places last year? With a highlights package narrated by Tobey Maguire of all Hollywood stars you could choose from. ‘Jerry Maguire’ would have been better. Are the Lakers getting as dated as the old ‘Spider-Man’ trilogy? There’s been two reboots since then. But no Lakers one.

Do they need a lesson in how to treat a player? Have they not learned from losing Pau? A guy that they dangled as trade bait for years even after all the championships he brought in with his own big arrival. Without the power of Pau the Lakers would have been like they are now for all those victorious years in the post-Shaq age (oh, yeah remember how they treated arguably the greatest big-men of all time too back in the day?). Still they only realized this when it was too late and Gasol signed with the Bulls last year for less money (maybe he had a quiet word with Jimmy).

Now because of how the Lakers treated Pau, younger brother Marc will never sign with the Lakers. They call that karma.! Were we not just talking about loyalty? The Lakers need to learn what makes each player tick, not just the lashing tongue of their Mamba man. Sure “friends come and go but banners hang forever”! But what happens when there’s no one to look at those banners?

Aldridge didn’t like the Lakers lack of basketball focus on their pitch to him as the Hollywood team where talking too much about outside opportunities for LaMarcus. Do they not know this player is a no-nonsense, all-ball sort of guy? Kind of like Tim Duncan. The guy he’ll end up joining and replacing for his own legendary legacy in San Antonio. He’s 30. Not Dwight Howard. Now there’s more chance of him joining the other number 12 in Houston.

Must Read:
'The Joker' Nikola Jokić Holds The Most Valuable Player Card

Now the Lakers must turn their attention to promising, young Detroit Piston Greg Monroe, but after a meeting that was a non-report will this guy even consider a team were he was their fifth choice for just one position?

We can relate to that Cousins trade now! But still not for all our chips. We may not have any hands left to deal or cards to play!

At least Washington Wizard Paul Pierce has returned home to Los Angeles. But that too is for the Clippers. You didn’t think the Cali’ born, Boston basketball raised Celtic legend would really come to the Lakers did you?

Now the Clippers look to continue to clean out their STAPLES neighbors locker rooms like they have for years, as they are attempting to lure young, versatile big-wing Wesley Johnson. He could follow the Jodie Meeks and Xavier Henry likes of young talent the Lakers have wasted and lost as they tried to focus on bigger ones and not the bigger picture.

The Lakers look to even lose Lin as the Linsanity of what has been Jeremy’s up and down career looks to return to the New York minute of worldwide wonder and superstar success he had with the Knicks. And we thought Madison Square Garden was where the rotten apple was at. The Lakers now don’t have much of a ticket for right now after the lottery.

Their future may be bright, but as of right now it’s all bet on the bruised and beaten body of Bean and the wild card of Nick Young…if they can still deal for Mr. Iggy.

At least they kept Robert Sacre for all the Canadians out there.

Still, it’s sure looking cold in California right now too!