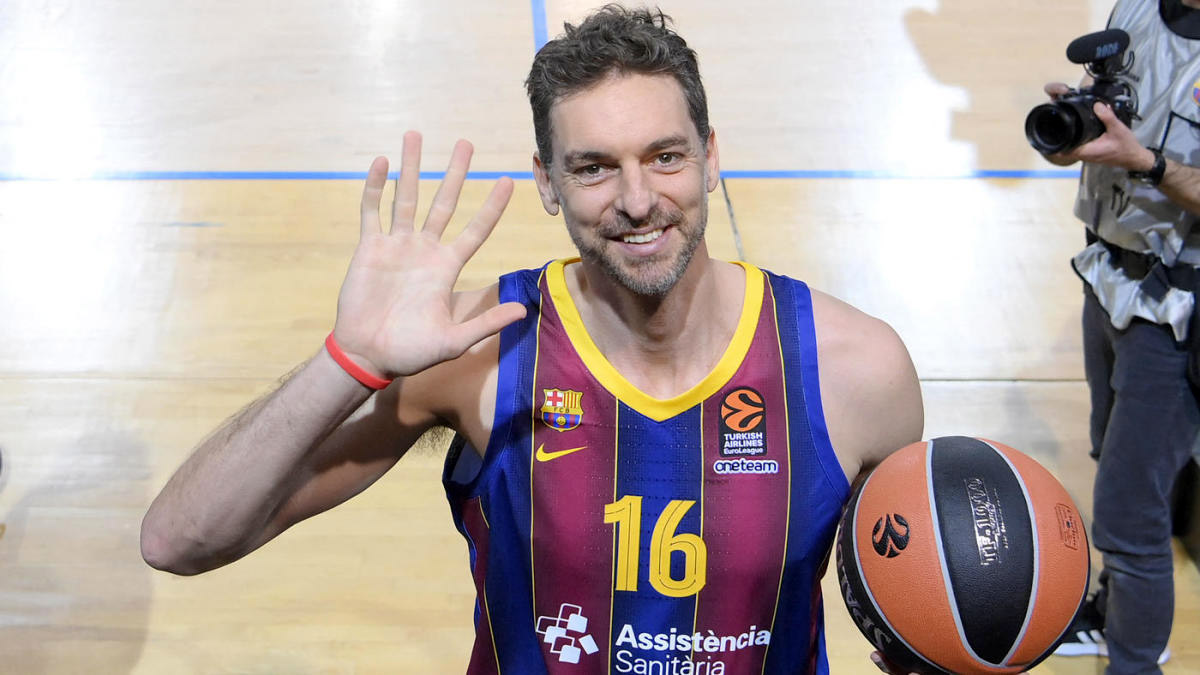 The power of Pau for over two decades.

After saying Olympic goodbyes to the international side alongside the Spaniard’s sibling Marc Gasol this summer in Tokyo, Pau Gasol has officially retired from the game as a whole with the wide world watching.

No Laker reunion even though LeBron James hoped there would be one last season. No Spanish league one with his brother whose draft rights he was traded for. Pau finished his career where it all began, with FC Barcelona. Crowning his career with the Liga ACB title for his coronation.

But you best believe one thing is for sure, his number 16 will go in the rafters next to two four, his other brother.

Because as Kobe once said confirming his deserving, “I wouldn’t win those two championships without Pau.” The numbers back then (17.8 points, 9.8 rebounds 3.5 assists and 1.4 blocks a game) can attest.

One returning Laker legend from that time will be there to celebrate and applaud one of the Lakers greatest bigs in their seven-foot legendary lineage, when the purple and gold raise the sweet 16 next to all the banners he put up there.

Lakers for life, Jeanie Buss tweeted it best, “it was never a matter of IF we will retire (number) 16 but when.”

“Pau Gasol is undoubtedly one of the most accomplished players of his generation”, Commissioner Adam Silver added to the tributes in an official statement on one to the top-three Euro players of all-time alongside fellow first name known, Dirk and Drazen.

Dear basketball, thank you for everything.

Estimat bàsquet, gràcies per tot,”  the man of the hour himself tweeted.

His passion is not lost in translation.

Just like the wide-eyed moment of competitive fire when he completed a clutch basket off a perfect pass from Kobe Bryant against Orlando that was true magic like Earvin. History that even rivals the big eyes playoff play from young ‘fro Kobe to Shaq that the dysfunctional dynamic duo planted on Portland, blazing a trail to the NBA Finals.

“I want to make a special mention to Kobe Bryant”, Pau said in his suited and booted retirement press conference as smart as his eloquence. “I’d very much like him to be here but that’s life”, he added getting choked up as we all did. “He taught me how to be a better leader, better competitor, what it meant to be a winner.”

Now the most underrated Laker legend calls it a classic career let’s remember like Dirk how he paved the way for all the European and international players that we see today, like his brother. Being labeled soft when he was Springsteen tougher than the rest. A boss talent. Being the truest teammate and bandsman even when he faced discrimination even from his peers.

Number 16 rose above it all.

And now the Hall will call.

Selected third overall by the Atlanta Hawks in 2001 before being traded for Shareef Abdur-Rahim on draft night, Pau Gasol was the Rookie of the Year for Memphis. His career also included significant stints with the Chicago Bulls, San Antonio Spurs and Milwaukee Bucks. But he’ll always be remembered for being Kobe’s biggest rival on the world stage in the Olympics and then his best friend as champions in California.

“Pau was actually my favorite player growing up, before Kobe.”