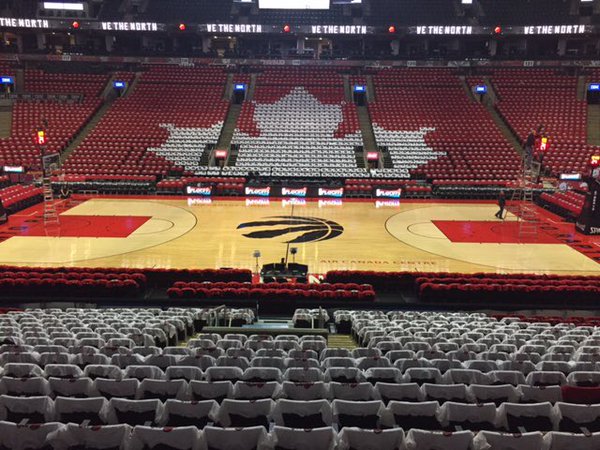 With no Canadian teams in the 2016 NHL Playoffs and the Toronto Raptors in the midst of their best season in franchise history it was the perfect combustible recipe needed for Canadian Sports fans to get behind Canada’s only NBA team.

Game 7 between the Toronto Raptors and Indiana Pacers not only marked the first time the Raptors won a first-round series since 2001, it now has the distinction of being the most watched game in franchise history.

“Last night’s Game 7 Toronto Raptors win against the Indiana Pacers had an average audience of 1.53 million viewers, making it the most-watched Raptors game ever in Canada.  The game reached 4.4 million Canadians, with audience levels peaking at 2.63 million at 10:30 p.m. ET as the Raptors clinched a berth in Round 2 of the 2016 NBA Playoffs.  It was the most-watched program in Canada on Sunday night.” released broadcaster SportsNet.

The Raptors have been averaging over 215,000 viewers during the regular season games and an average of 408,500 views during their opening round series against the Indiana Pacers.