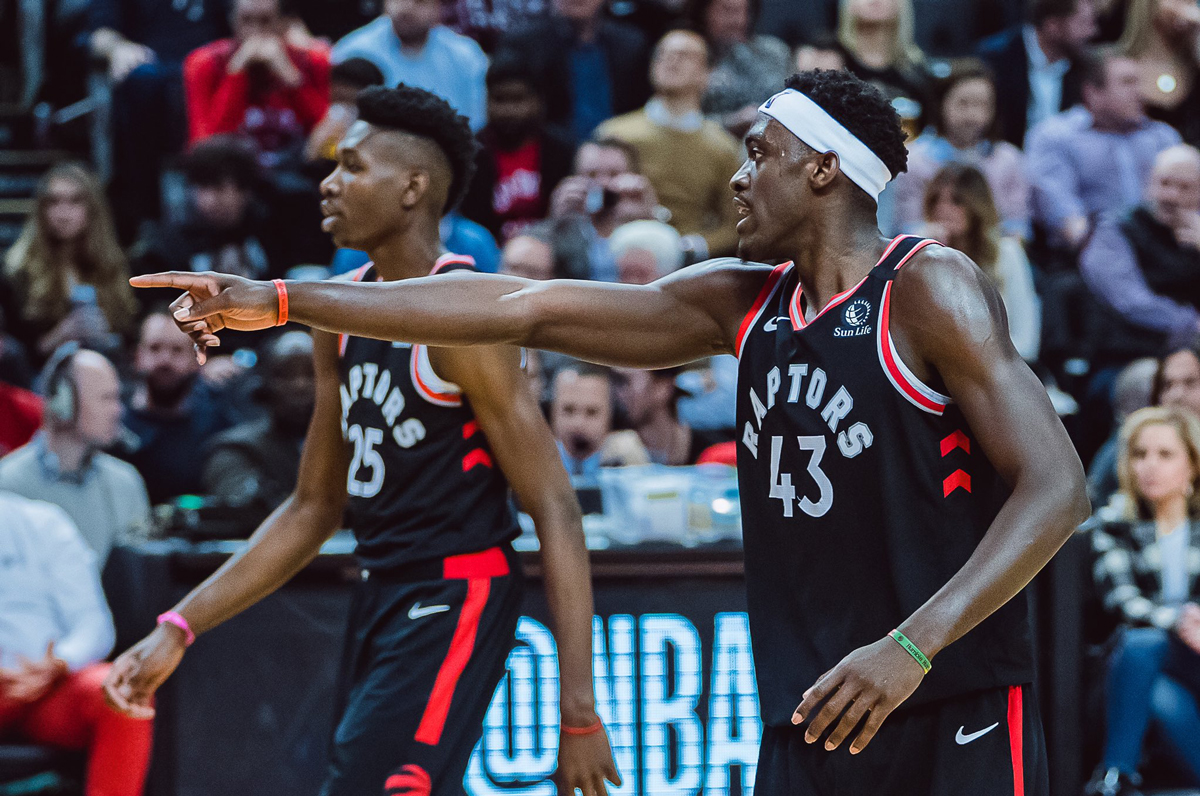 The Toronto Raptors’ have won a franchise record 12 straight games with an improbable 119-118 come from behind, signature victory over the Indiana Pacers.

The win also gives the Raptors’ the most consecutive wins by a major Toronto professional sports franchise — breaking a deadlock tie between the Toronto Blue Jays’ who won 11 in a row five times.

Serge Ibaka nailed the game-winning triple with 30.4 seconds left in the fourth-quarter to stun the Indiana Pacers who buried 19-of-39 triples in the game. The Raptors’ trailed by 19 points in third-quarter and found themselves down 118-108 with 2:27 remaining on two made free-throws from Justin Holiday.

The Raptors’ rallied, getting two crucial steals on the defensive end to close the game on a 11-0 run to seal the victory.

The trio were phenomenal and scored, rebounded and/or assists on every play during the game clinching run.

Ibaka’s 30 point effort was only the fourth time in his career that he has reached the 30 point mark — four (4) shy of his all-time scoring accomplishment.

“We had little rough night against them, you have to give them a lot of credit, they did a great job on defense and on offense they were making shots. But one thing about this team, we don’t give-up, we keep digging, and in the end we get back.” shared Ibaka during his post-game interview.

The Raptors’ improve to 37-14 — their best record in franchise history through 51 games. Their record stood at 36-15 during the historic 2018-19 championship run. Toronto is on pace to plateau the 60-game win mark for the first-time in franchise history — topping the 59-23 standard set during the 2017-2018 season and the subsequently impressive 58-24 achievement recorded 2019. Furthermore, the franchise is set to register it’s fifth straight 50-game win season.

Toronto will look to extend the winning streak to 13 against the same Indiana Pacers on Friday at Bankers Life Fieldhouse. The Raptors’ last defeat came via a one-point, 105-104 home loss to the San Antonio Spurs’ on January 12, 2020.