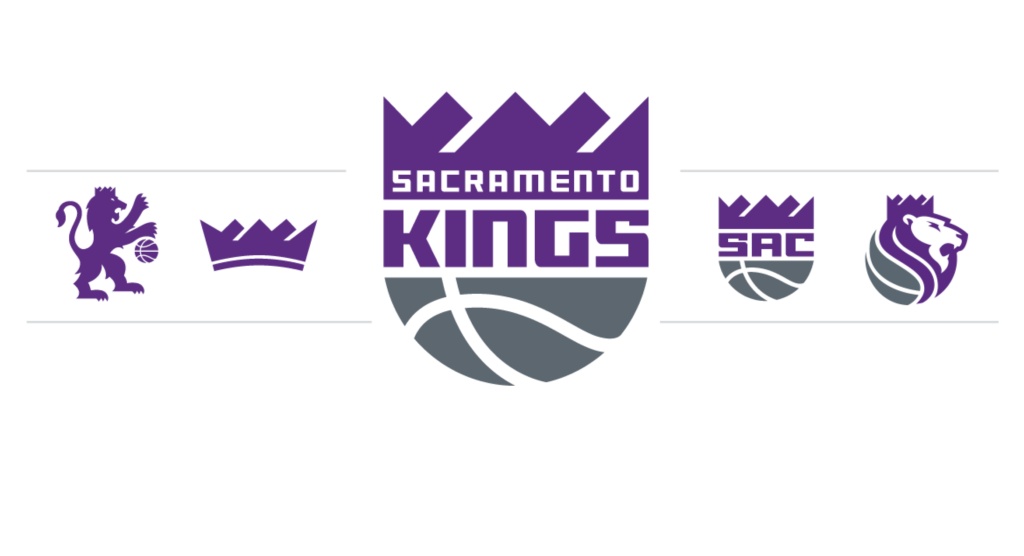 Orange County. Los Angeles. Even Seattle as Supersonics! Hell at one point this team were going to make their bed as the California Kings alongside rival Lakers and the Clippers as L.A. STAPLES. But now the Sacramento Kings are so confident they are going to stay put in their city they’re prepared to tattoo it to the arms of their fans…

After putting the Sleep Train Arena to rest and all it’s Vlade, Peja, C-Webb and Bibby memories from Mitch Richmond to DeMarcus Cousins this season, Sacto are looking for more cowbell in their move to the Golden 1 Centre as they look to wrestle the state of California basketball away from the Warriors and take it back to their throne.

A new look for these Boogie and Rondo lead Kings will give Sacramento the star status it needs like being the birth place of red hot actress Jessica Chastain. The Kings will continue their reign in Sacramento in purple with new logos fit for a King…or Prince (Rest Peacefully Dearly Beloved).

With club crests throwing the Kings back to the ‘Big O’ Oscar winning days of their post Royal appointment the look is as vintage as it is fresh. Still they’re a long way from Kansas now Dorothy!

There are four other variants of this logo for these Kingsmen, including a ‘SAC’ alternative, a crown and a Lion (one pawing and palming a basketball, very reminiscent to Team G.B’s previous Olympic bids…this animal smells a lawsuit) as Sacramento looks to even show LeBron James they’re the King of this hardwood jungle…or at least lure him to their throne in this impending free agency.

Still the Kings are so confident this new look and city will stick they are inking it to their fans arms, no transfer. Yes that’s right, if you’re a loyal fan that bleeds black and purple the Kings will tattoo their Sacramento pride to your skin until it’s black and blue for nothing except the fact that you’ll have to wear it across your chest (or wherever you choose to put this tatt) for the rest of your life.

We’re just glad the Clippers didn’t force this on their fans last year with their latest look…we say “latest” because we hope they change again…or at least back.

It’s a pretty big dedication for a franchise that was looking for new towns to dwell in like exiled princes only a season or so ago.

Still this inspired insignia is telling the good people behind this California club that Sacramento holds the sacrament of ‘Our Pride. Our City and Our Foundation’. Showing solidarity with the fans that “we are all Kings”!

It doesn’t get much bigger than this in this thrones game of logos. Purple hearts beat on as we see reign in California.

Time for the coronation to see a crowning.