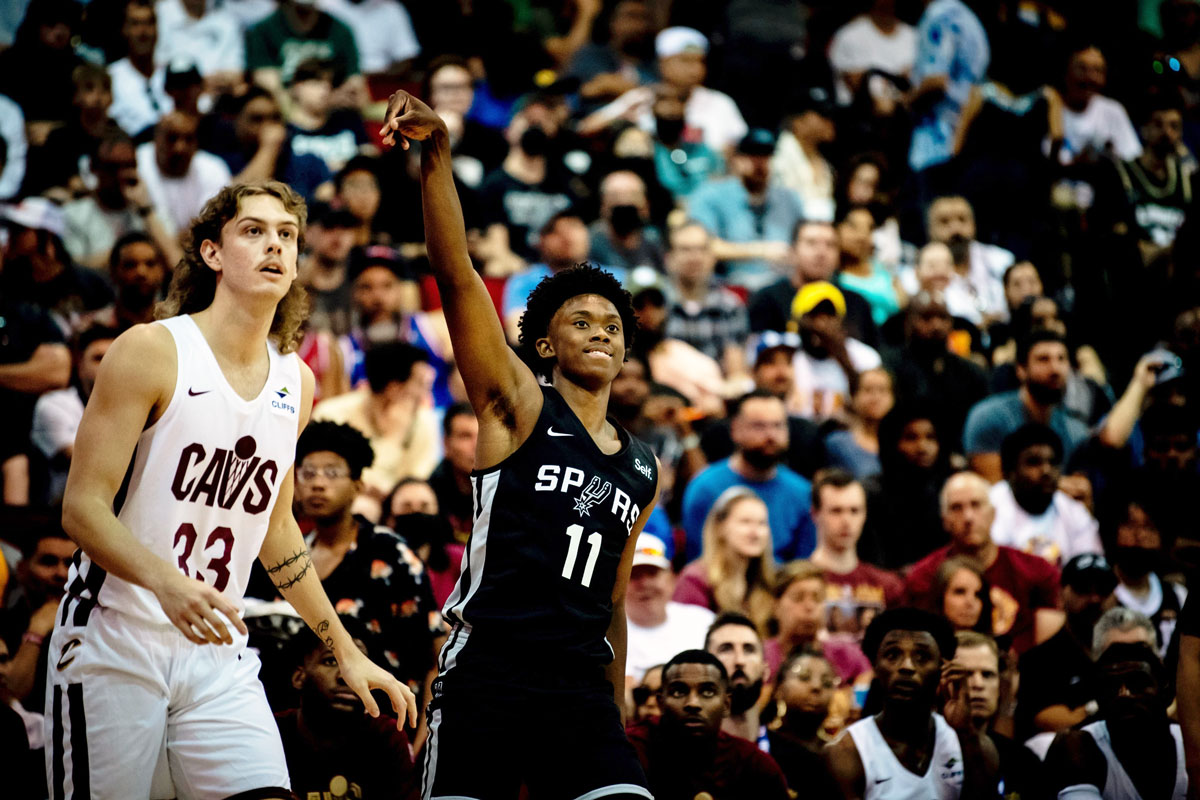 “It is our hope that, in the long run, this decision will serve the best interest of both the organization and Joshua,” said Spurs CEO RC Buford.

“The Spurs organization, including front office executives, coaching staff and players, will have no additional comments to share at this time”, concluded the vague media release.

With all sorts of speculation running rampant across social media, Primo and his camp issued their own cryptic statement to ESPN.

“I know that you all are surprised by today’s announcement. I’ve been seeking help to deal with previous trauma I suffered and will now take this time to focus on my mental health treatment more fully. I hope to be able to discuss these issues in the future, so I can help others who have suffered in a similar way. I appreciate privacy at this time.” Joshua Primo

As expected, following nearly twelve hours of silence, it turns out there is more to the story. According to sources, Primo’s sudden release came after multiple instances of the 19-year-old player exposing himself to women.

Furthermore, a former Spurs female employee has alleged that the former Spurs guard exposed himself to her, and she has hired attorney Tony Buzbee.

The unexpected announcement comes nearly two weeks after the Spurs exercised the option to pick up the third and final year of Primo’s rookie scale contract. Fully guaranteeing the twelve pick of the 2021 NBA Draft a salary of $4.1 and $4.3 million over the next two seasons.

The youngest player in the 2021 NBA Draft, the Spurs surprised everybody by selecting a then 18-year-old after just one season at Alabama.

As a rookie, the six-foot-six, Mississauga, Ontario guard split time between the Spurs and their G League team. Showcasing flashes of brilliance, albeit in limited action, Primo played in 50 NBA games (16 starts) and put up averages of 5.8 points, 2.3 rebounds and 1.6 assists in 19 minutes per game.

Expected to take on an increased role after a busy off season opened up more minutes in the Spurs backcourt, Primo quietly spent the summer months bulking-up and getting ready physicality of the NBA

Despite reports of an ankle injury during training camp, Primo was good to go on opening day and looked comfortable running the Spurs’ offence in the first four games of the 2022-23 season.

Well on his way to having a career-year, his 7.1 points, 4.5 assists and 3.3 rebounds in 23.3 minutes per game helped San Antonio get off to a 3-1 start. The Canadian unexpectedly missed the Spurs’ fifth game of the young season and was listed as out with a “left glute soreness” condition before the shocking announcement.

Over the years, the NBA has gotten more serious about mental illness and disorders. In 2018 the NBA and National Basketball Player’s Association (NBPA) launched the Mental Health and Wellness Program to create a safe space to provide awareness and guidance about mental health.

Primo first emerged on the scene as a budding 16-year-old playing for Canada at the 2019 FIBA World Cup in Athens, Greece. He is one of just thirteen Canadians to be selected in the NBA lottery and the youngest to ever be drafted into the league.