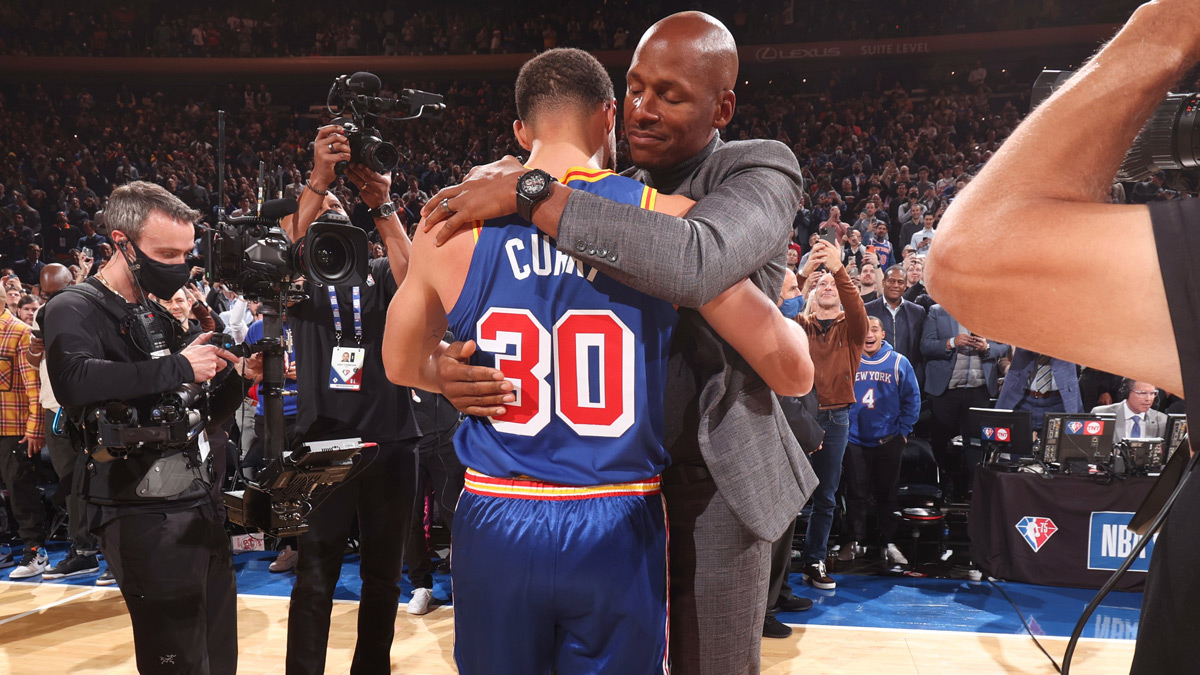 Stephen curry is the greatest three point shooter of all time

New York, New York. We know you like NBA history in your mecca of Madison Square Garden. So how about this? Tonight in the world’s most famous arena for the leagues 75th anniversary, the best shooter in the game became the greatest in history from downtown.

So good we had to name it thrice.

Passing Ray Allen like a ray of light and then embracing him and fellow legend from downtown Reggie Miller, who fans in this arena know all too well.

Just like when Ray hugged Reg courtside when he passed him, growing in a different garden.

Critics silenced like a Trae Young finger to the lips. You can see the inspiration in Ice Trae’s game. But no one is colder than Curry when he heats up from downtown. Forget the logo like Lillard and LeBron. When it’s Steph time for the king of threes he could hit it from the parking lot. No wonder he’s got the keys to the record books down the hall now.

With dangerous from downtown himself, dear Dad Dell looking on, Curry showed the DNA ran more poetic than a Kendrick Lamar track. All the stars humbled by how mad with excitement the city of New York got when they saw that shot.

It doesn’t matter that the loyal Knickerbockers were cheering for the opposition. The guard has changed the game and in basketball’s eden it’s heaven sent to be a part of hoop history.

For the most monumental first-quarter in the annals of the association, what better place for this record to bloom than in The Garden?

You have to call time-out for that.

A standing ovation and he hasn’t even left the game.

Stephen Curry and his Warriors are far from done.

Tonight a splash turned into the deepest in downtown legend, brother.

He may just be MVP by seasons end, but right now Stephen Curry is history remade.

And the legacy of a legend is still being written.