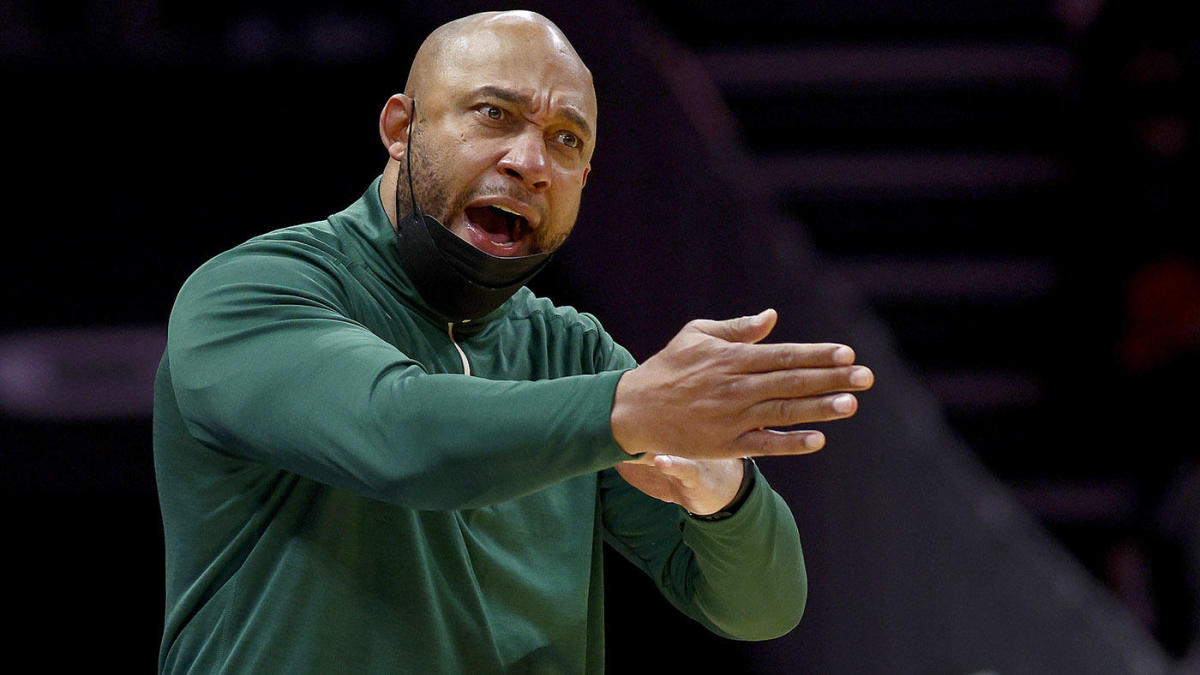 As a player, Darvin Ham went hard as a mother against the opposition. One of the most outstanding dunkers of his time. Ham, in his salad days, shattered backboards from college to the pros. Undrafted as a rookie before, he made his mark on teams like the Denver Nuggets and Milwaukee Bucks, who he recently won a ring with as an assistant coach.

He also copped a championship in 2004 as a player with the Detroit Pistons.

And you all know who that was infamously against.

The original super team of Shaq, Kobe, ‘The Mailman’ Karl Malone and ‘The Glove’ Gary Payton.

The Los Angeles Lakers, who have now hired Ham as their new head coach after parting ways with Frank Vogel, following a playoff-less play-in shy season.

Frank has a ring too, by the way. Like he should have your respect.

Beating the likes of Doc Rivers, Terry Stotts and even a crazy Lamar Odom recommendation of Phil Jackson to the sidelines, Darvin now has his work cut out for him as he works on cutters and screens and all the Hollywood drama.

Trying to bring the LA back from Cancún, to winning time is no mean feat. But if anyone can do it, Ham can.

The King is all in. LeBron tweeted that he was “so excited” at this news. In ALL CAPS! A healthy Anthony Davis will be too. Eyebrows down and getting back to business following an injury-riddled campaign.

The real question mark like his slogan hangs over the head of franchise wild card Russell Westbrook. Coaches who were interviewed for the position were asked how they’d implement Brodie after the point guard got on with his last coach, as well as a locker room on fire. Fighting like cats and dogs. Or Shaq’s and Kobe’s in ’04.

Rumour has it though that Westbrook has demanded a trade with some lucrative destinations. Some fans will be happy to see the back of numero zero. Others know with the right X’s and O’s Russ will put up the big numbers again. And we don’t mean in the turnover column.

Must Read:
We are witnessing a new NBA in these Playoffs

There will be a lot of moving and shaking this off-season. Retaining Malik Monk is a priority. Getting younger like they have with this coach is too after more Laker reunions last year than high school ones.

Although sharpshooter Jodie Meeks has expressed a desire to say hello again to Hollywood. He’s 34. But that’s a spring chicken in relation to most of the seasoned Lake Show.

Tougher than the rest, Darvin Ham has a four-year contract to right this ship, and we believe he’ll put it down as well as he did the ball through the basket.