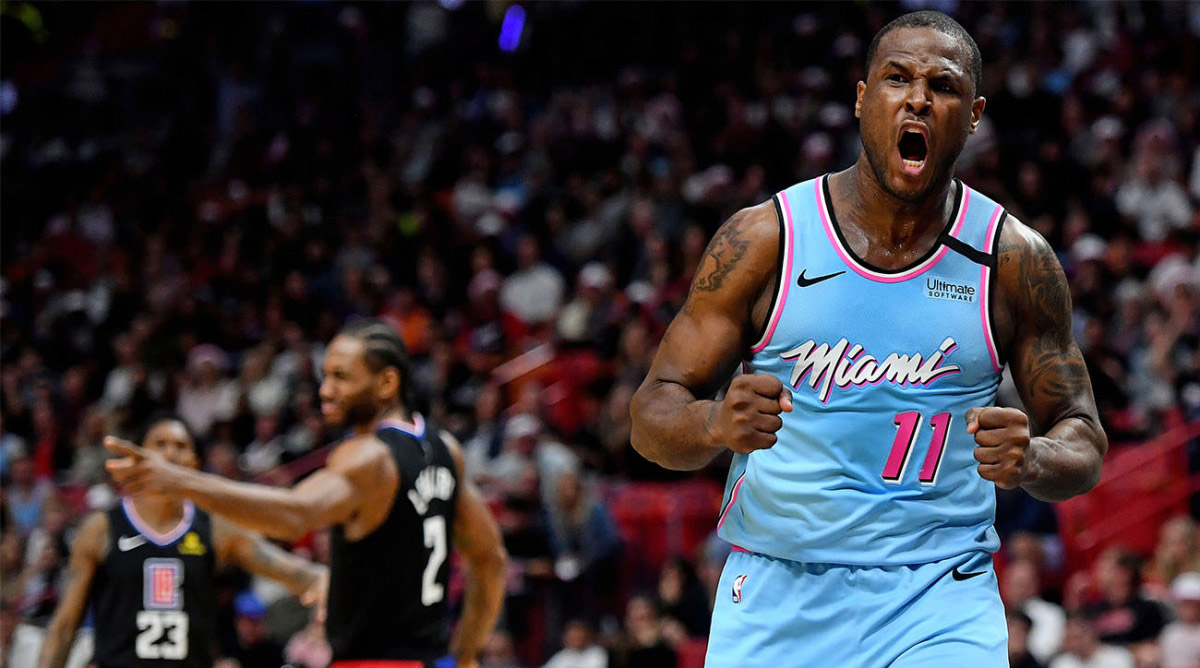 The wait is over the Lakers serve up wildcard Waiters

Did the LeBron and A.D. best in the West Lakers just get stronger?

After adding the Marcus twin of crosstown Clipper rival in the hustle and heart of Markieff Morris after saying goodbye (at least on the books) to DeMarcus Cousins (for now), the new Showtime have scoured the buyout market like bargain bin, thrift shopping for the next fallen star who with a little purple and gold spit shine could be a leading light in Hollywood again.

After passing on the shot of J.R. (I guess LeBron hands out in disbelief didn’t want another Finals gaff meme to the theme from ‘Curb Your Enthusiasm’) the Lakers have chosen to sign another former Cavalier teammate and former Miami Heat star in Dion Waiters instead of Mr. Smith. After the 28 year-old with still more upside than the critics downcast forecasts was waived following a trade earlier this season by the Memphis Grizzlies, like the Lakers only wish Andre Iguodola would have been.

But with no Iggy and no ‘Melo. At least the purple and gold get the silver service of a Waiters.

But what about Jamal Crawford association?

The last roster spot became open this season after the Lakers cut ties with Troy Daniels allowing him to find his own way. Daniels is an excellent young player who was further rhyme to the roster reason that this team is 1 through 15 one of the deepest in the association this season (how many teams do you know that could comfortably waive Cousins? Even the Golden State Warriors couldn’t do that). But Daniels was sharing back-up minutes with point guard Quinn Cook behind Rajon Rondo and what neither of them thought to be the cult hero contributions of the Carushow. So in agreeing to terms the opposite way after “one of the hardest decisions” of his life the Showtime soldier Troy walked away from this “great organization”. We thank him and wish him well with his new Denver Nuggets team.

Now with a new deal on the table, the Lakers had two wildcards to play and decided to go with Dion Waiters over J.R. Smith. Sure, Dion has had his fair share of trouble and that arms folded gummy bear photoshop on Twitter is just too trolling and rolling funny. But edible or not, he still eats up defences. And he never dimed on the teammate who shared the sweets. So there’s no D’Angelo Russell and Nick Young drama over another Iggy over here. Waiters still is the guy who not so (that…can you believe its almost been a half decade?) long ago dropped Kareem numbers on former teammate Kevin Durant with arms folded.

Sure he’s a wildcard but the flip side of these Joker’s is always some compelling, albeit controversial talent. When he plays he’ll strum just like a younger Lance Stephenson (and you know real Lakers fans miss him. He’s available too after a classic run in China was derailed by Coronavirus. Make him play). Just like J.R. would have rode. Even if Dion may end up with as much minutes as an Isaiah Rider or Mitch Richmond for the Shaq and Kobe three-peat Lakers, he can still score at will like a star he almost was for a team that’s needed more points than they actually had in reserve.

Chemistry could be an issue, but this guys far from a cancer like people born in January. And besides one Dwight Howard redemption season in familiar territory deserves another. Hollywood stories are nothing without actors of character. And this supporting one could be a fan favourite that steals the show.