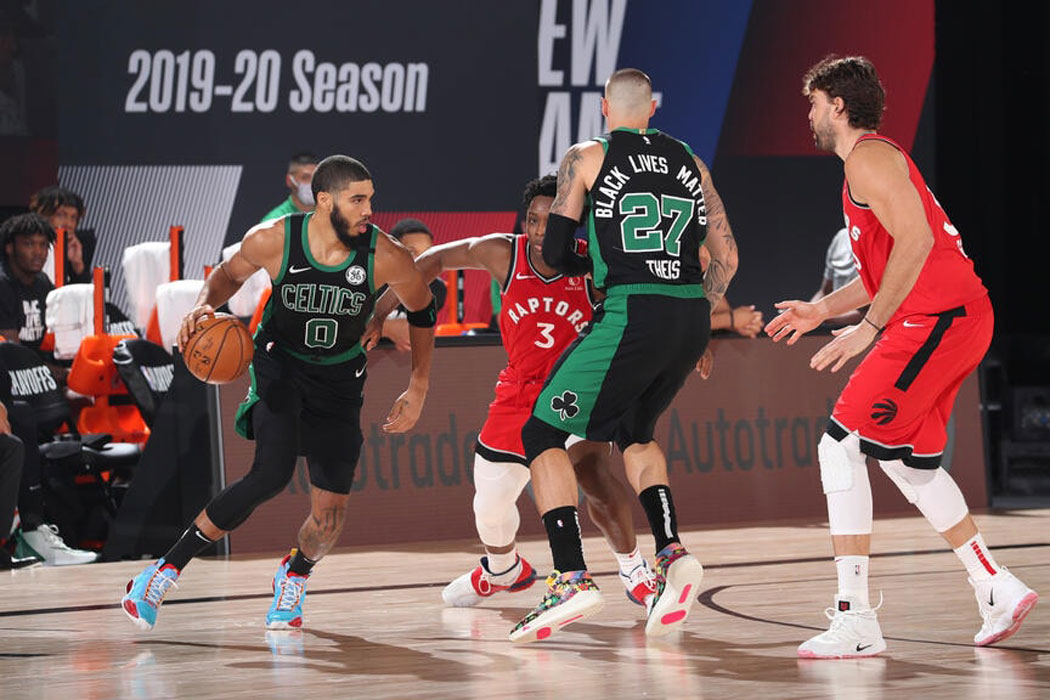 Toronto Raptors head coach Nick Nurse seemed content to lean on his starters early in Game 5, just as he had in the first four games.

But the starters didn’t have much more to give.

While they faltered, the Boston Celtics played cohesively and tenaciously, grabbing a 111-89 win in this second-round playoff series and pushing the Raptors to the brink of elimination.

Kyle Lowry, Pascal Siakam and Fred VanVleet seemed a step slow and were scoreless in a first quarter where OG Anunoby, usually a quiet contributor, had all but two of the Raptors’ 11 points.

Siakam attempted just one shot in that frame, an ill-advised three-pointer, and the entire starting unit seemed to be running on fumes.

“We know we have to play really well to beat them, and we’re just hoping to do it,” Nurse told reporters in a pre-game press conference. “And historical context has helped us. I think the biggest thing it helps us understand is how hard you’ve got to play, man.

The Raptors played hard in Game 5, but couldn’t make shots. They hit just 38.8 per cent of their field goal attempts, and were just 30 per cent from three-point range.

Siakam got into foul trouble early and finished with 10 points on 5-9 shooting. Lowry also had 10 points and five assists, clearly not his best self after playing a combined 90 minutes in the previous two games.

VanVleet was Toronto’s leading scorer with 18 points, the only starter to play reasonably well. Norm Powell, who has yet to post a breakout game this series, had 16 points off the bench.

“They were comfortable,” said Lowry after the game. “We weren’t. On offence we didn’t make shots. We weren’t aggressive enough. They were very comfortable from the jump.”

The Raptors trailed 62-35 at halftime and the score was never close.

Celtics guard Jaylen Brown was spectacular, scoring 27 points and on 10-of-18 shooting. The Celtics also had 21 points and seven assists from point guard Kemba Walker and a quiet 18 points and 10 rebounds from star forward Jayson Tatum.

“Every single game is going to be different,” he said. “So we just got to go out there, find the intensity on the defensive end, and just get our shots going.”

At this point, they’ll have to.

It was always unlikely this squad would defend their championship after losing forward Kawhi Leonard, their best player and arguably the most talented Raptor in franchise history, to free agency.

But the spectre of elimination now hangs over a Raptors team that, no matter what they’ll admit to, appeared sluggish and incapable of the kind of effort they needed to win.

“It feels like the games are coming quick,” Nurse told reporters earlier in the evening. “One gets over, and here we are for another one.

“[We’re] just trying to, recuperate, recover, re-energize, re-strategize and then get ready to go and have the chance to last 48 [minutes] with the players out there.”