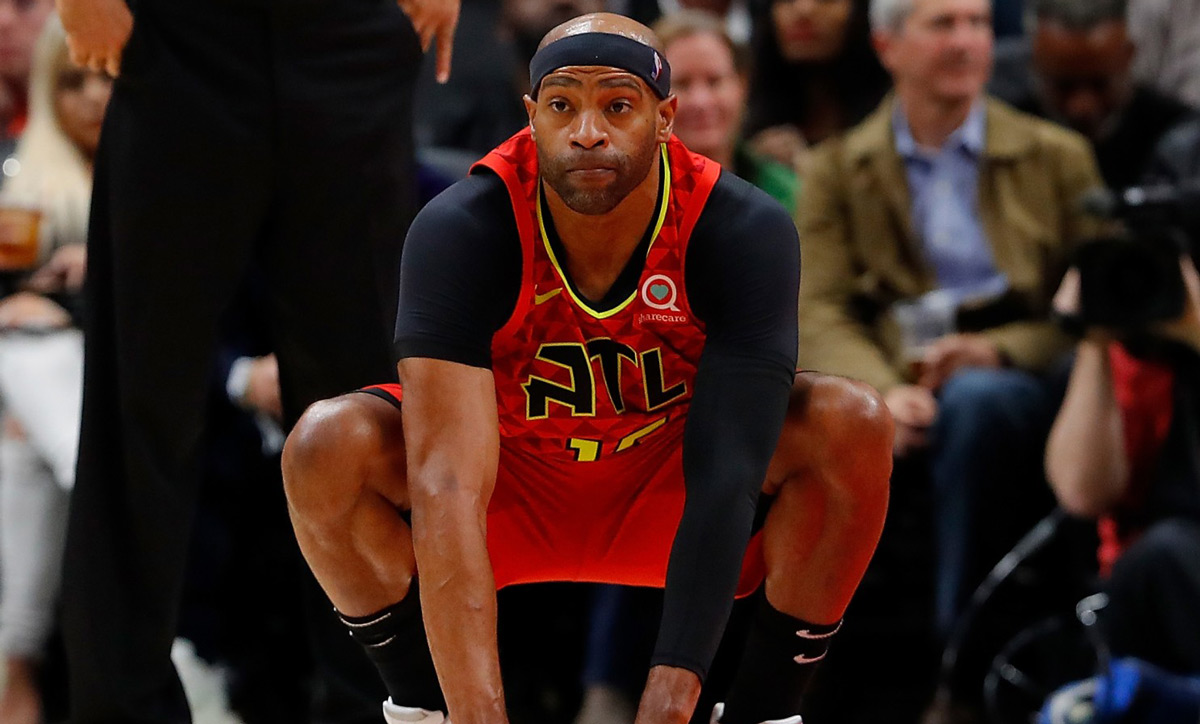 Vince Carter Half Season Half Amazing

Right between the legs, right through the hoop and right between the eyes. All that were on him like ambitions of a rider. Mere moments of top tens after honey dipping off a pass from his cousin Tracy McGrady for Canada’s very own Toronto Raptors, Vince Carter not only became the 2000 Slam Dunk Contest champion, but the above the rim like 2Pac King.

The greatest dunker of all-time.

“It’s over”, he told the camera man. Breaking the fourth wall and yelling cut with the same hands who just showed basketball a new God in the post M.J. age.

20 years later and you can’t believe this is 40 or what’s happening in the same 2020 were we lost Kobe and gained nothing but Coronavirus and seemingly the incurable disease of hate. What seems like decades, but was just mere months ago we were all treating this COVID-19 like it was just the common cold.

That was until Tom Hanks would get it and then reports of Rudy Gobert and Donovan Mitchell being infected in the Utah Jazz camp lead to Commissioner Adam Silver in a bold, brave and beautiful move shutting down the league quicker than cancel culture on Twitter trolls.

Wildfire word spread around the league as quick as the disease itself and soon games in play were learning in real time that this might be the last one for the foreseeable future. That also meant for some that when it came to their hoop dream, this was it. Just like Vincent Carter. Entering his twenty second and last season at 40 years of age (WHAT?! Vincesanity) flying with the Atlanta Hawks.

Knowing this could be the soaring stars last swoop, coach put him in. Clocking in for ovations standing and a last play not really fitting of his ‘Half Man, Half Amazing’ career. Kind of like when Michael Jordan’s real last shot came in the real last dance with Washington. Still at least the Carter like Lil’ Wayne or S. Dot got the respect he deserves.

Now the NBA is coming back like Jordan this July. Heading to the magic kingdom of Disneyland for a 22 game tournament were King James and his Hollywood Lake Show look to best in the league pick up where they left off, no San Antonio Spurs asterix. Unless the Bucks Stop them here. With a lot of time and standings to make up for in a postponed time of sports and entertainment that will see this year’s 2020 Olympics in Tokyo next year, not everyone will be invited to Walt Disney World in Orlando, Florida like spoilt kids.

If you would have probably been eliminated by this time you’re not eligible. Which means the Atlanta Hawks’ wings are clipped. Which means for Vince Carter, it’s official.

That’s because it isn’t.

Here’s to the man that didn’t want a Dwyane Wade or Dirk Nowitzki retirement tour. Although he deserved his own honorable mention All-Star spot this February gone’s weekend in the Windy City of Chicago. Let alone one last flight towards the Slam Dunk Contest we sure he could still get up and win. Wanting him there even more than the Lakers cult above the bald rim hero in Hollywood, Alex Caruso. Now that would have been a show.

Here’s to the man whose final bucket came in a loss to the New York Knicks, off a pass from Trae Young, passing the baton back to the next gen star as he drained from downtown.

Here’s a man whose other buckets put holes in them like tube socks. As he caught every alley like oop and turned the lay up line into a Slam Dunk contest every night. Let alone the coast-to-coast, one end of the floor to the other, breakaway, Sportscenter regular top tens.

Here’s to a man who almost brought Toronto’s first chip in 2001, all whilst graduating and getting his diploma. Dueling hard with the same Allen Iverson that took a game away from the almost clean sweeping Shaq and Kobe Lakers in the East Coast finals. Showing like Iverson gripping the Jerry West logo on his jersey at number 8 that he belonged here too.

Here’s to a New Jersey Net that finally found redemption with the Raptors and the 6. All before turning into a valuable veteran presence on teams like the Suns, Mavericks, Magic, Grizzlies and of course the Hawks. All whilst still believing he could fly. Even if some of the rest of us in stands shaking our heads felt more like disbelief as he rose like fellow former All-Star rejuvenated vet Derrick.

Here’s to the 16.7 points, 4.3 rebounds and 3.1 assists per of a well traveled NBA legend whose only really journeyman status was three feet high and rising…above the rim.

“Basketball’s been good to me”, the future Hall of Famer (no doubt) whose going to make the number 15 unavailable for a fair few teams as it jumps even higher than him to the rafters said in his final games press conference. All after talking with the late, greatest Kobe and becoming more comfortable with hanging them up instead of lacing them up.

“It’s a weird way to say I’m calling it a career.”

He’s been even better to the game. Yet it feels like a cruel twist of fate from the Basketball God’s that it has to end like this. Can’t the reigning champion Toronto Raptors sign him up for one last go at it and a redemption season even sweeter than Dwight Howard’s end in Hollywood with the Lakers and Kobe’s blessing?

Reving the motorcycle one last time for one last dance, can’t Air Canada fly one more time before his departure?