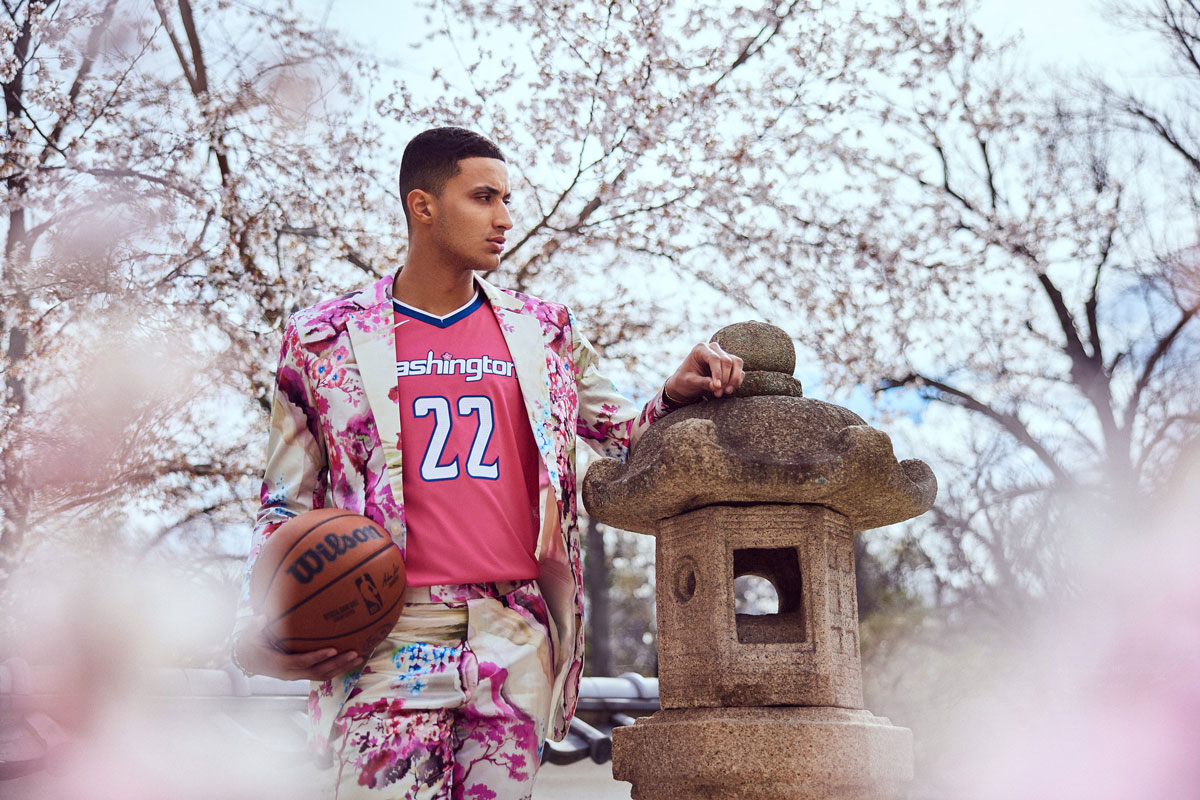 The brief beauty of blossom is in bloom this sakura season.

Right now the famous flower is putting a cherry on top of trees around the world like fall foilage. Turning everyone’s Instagram accounts into rapper Cam’ron’s closet.

Hanami hunting here in Tokyo. It’s a spectacle like no other. From the rivers of Naka-Meguro, to the streams of Shibuya in a neon night. The Washington Wizards have just announced they will take part in this year’s NBA Japan games in the country’s capital. Taking on Steph Curry and the Golden State Warriors and bringing Japan’s own Rui Hachimura home this September. A year after, he carried the flag for his country, hosting the Tokyo 2020 Olympic Games.

This will be the first time the Far East has seen live NBA games in their Saitama Super Arena since our Canada’s Toronto Raptors took on a Houston Rockets team led by James Harden and Russell Westbrook. THAT’S how long it has been.

The land of the rising sun and the US capital share more than just number 8. Fun fact, the number eight in Japanese is translated as “hachi.”

The two picturesque places share iconic views of cherry blossom this time of the year.

DC’s surrounding the tidal basin as beautiful as the white marble of Lincoln and MLK memorials across the mall.

So what better way for the Washington Wizards and the Nationals baseball team (another hot property in Japan this time of year) to celebrate this season than with some special duds to mark the occasion?

Bloom city is in full blossom mode with Nike’s new city edition jerseys for the Wiz.

Pretty in pink for a spell this season, you know which rapper will be adding this to his hardwood classic wardrobe. This new sakura style has also allowed the Hollywood GQ of Kyle Kuzma to stunt on everyone for a photo shoot to mark the occasion. From traditional temples in Japanese gardens, to steps that lead to honest Abe himself.

Must Read:
USA Women Are The Real Dream Team

And how about that suit? The last time Kuz controlled the fashion like runway to a game in shocking pink, he gave us an oversized sweater that turned into a thread of the world’s greatest meme.

The Porzingis rejuvenated Wizards led by Bradley Beal, stacked with guys like Kuzma and KCP and with a future in Rui are really looking good this season. Now pink can play a part in their panther like crawl up not only the style ranks, but the substance of the standings too.

Cherry blossom is so symbolic of the impermanence of life itself and may be gone all too quickly by this time next week. But you can bet Washington and their fresh look will still be in full bloom.