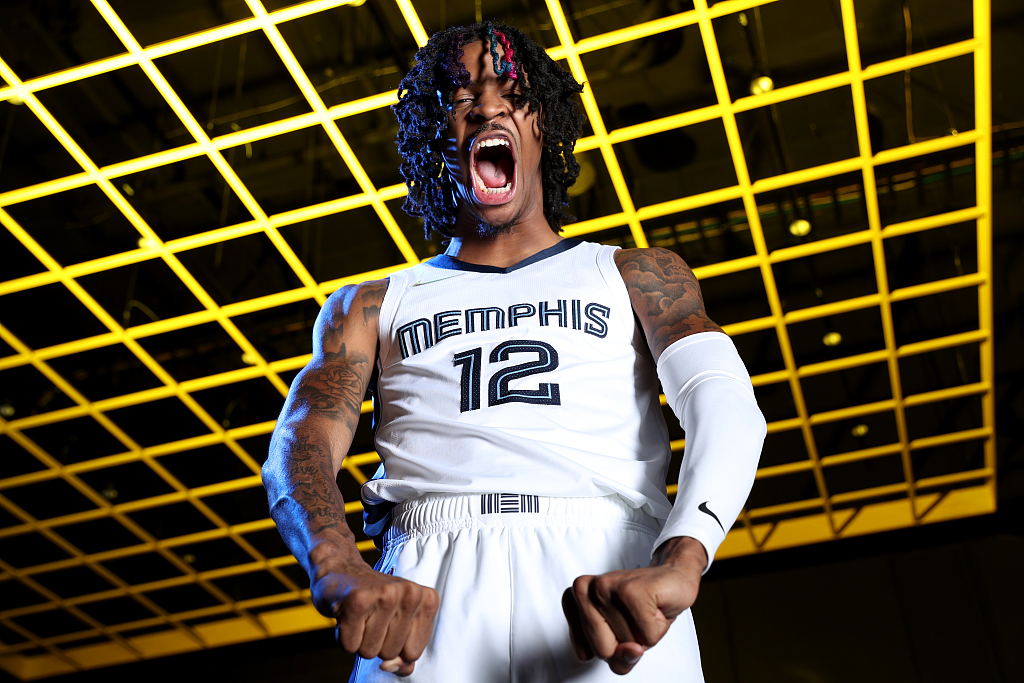 We are witnessing a new nba in these playoffs

No LeBron. No Lakers.

Bracket-to-bracket, right now the playoff picture in the NBA’s 75th year is as pretty as a portrait. It’s worthy of a celebration. Whether it be big-men battling on-court for MVP supremacy (fan favourite Joel Embiid and reigning Most Valuable Player Nikola Jokic). Or a wing winning the defensive player of the year award as the first guard to do so since The Glove of Gary Payton (Marcus Smart).

And then there’s the young guns that can’t stop, won’t stop with the rock.

But this is the hardwood, not the diamond. Even though hoops new heavy hitters are stepping up to their own metaphorical plates.

Reminding us of those high-flying new millennium days of Kobe, Tracy and VC. That still had big men like Shaq and Duncan dominating. With little guys making huge changes to the game like Iverson.

Steph Curry holds that end of the court now. And the basketball savant is doing that in the best way to serve the game. With sacrifice. He’s coming off the bench! Yet he’s still bringing those big numbers that could make him a late finalist for Sixth Man of the Year.

It’s all because, even after getting Klay Thompson back, the Splash Brothers have added another sibling.

With Jordan Poole’s playoff party making waves in the Bay. Just call these Warriors the Splash Triplets. Surfing through the competition and serving it all up on a Dub plate.

Elsewhere, even down 2-zip to Jimmy Butler’s buckets and the Heat’s Herro heroics, I wouldn’t count out Atlanta in Miami just yet. Trae Young could still have the last word, with a finger to the lips.

Meanwhile Boston have Brooklyn and their combo of Durant and Irving down two, thanks to the C’s best duo since Paul Pierce and Antoine Walker in Jaylen Brown and the great Jason Tatum. Remember when he brought it to ‘Bron with the shoulder barge? Well now Tatum’s locking up KD with Smart like D when he’s not clutching for three.

Philly have Toronto on the ropes, stuck between the rock and a Harden place. But I wouldn’t bet against Canada, or this scrappy team. Would you? Across the Central Division those young Bulls and reigning champ Bucks have their horns locked up, 1-1. It’s just a damn shame Khris Middleton has to go down like this in an injury riddled anniversary year for the NBA.

Wishing good health to Devin Booker too, who makes the scorching Suns our favourite no matter what referee has it in for CP3. Book’s already given us one of the greatest moments of the playoffs though. Fist bumping that toddler courtside.

No matter how hot it gets in Phoenix, mind you. Ashes to ashes, Brandon Ingram could leave them in the dust. Along with all those who thought he wasn’t a bonafide star in the L.

Let’s hope Luka gets well soon also. Then this Mavericks and Jazz series could really be something. Especially if Utah remove their great regular season, poor playoff curse.

With all being said, our match-up to watch in this knockout of a first round belongs somewhere between Memphis and Minnesota. Can you believe it? Years ago these towns famous for Elvis and Prince couldn’t hold this kind of tune. But this is the future of the association.

Anthony Edwards putting everyone on a poster like Yuta Watanabe. Calling himself the best defender in the NBA. Watching Ja Morant orchestrate plays is like art too. The court his canvas in this opera. A dash of red here on the baseline. A bit blue there in the key. How about all the colours from the logo? He’s shooting and dunking the lights out. A magnificent symphony.

Must Read:
Andrew Wiggins 27 points on LeBron James in return to Cleveland

The future sounds as good as the rapper of the same name in a league that between COVID cancellation and multiple sick notes of injury, has recently been in a patch rougher than McDonald’s napkins.

After capping off the first three quarters of a century in NBA history. What better way to usher in the next quarter than with those 25 and younger leading the way?