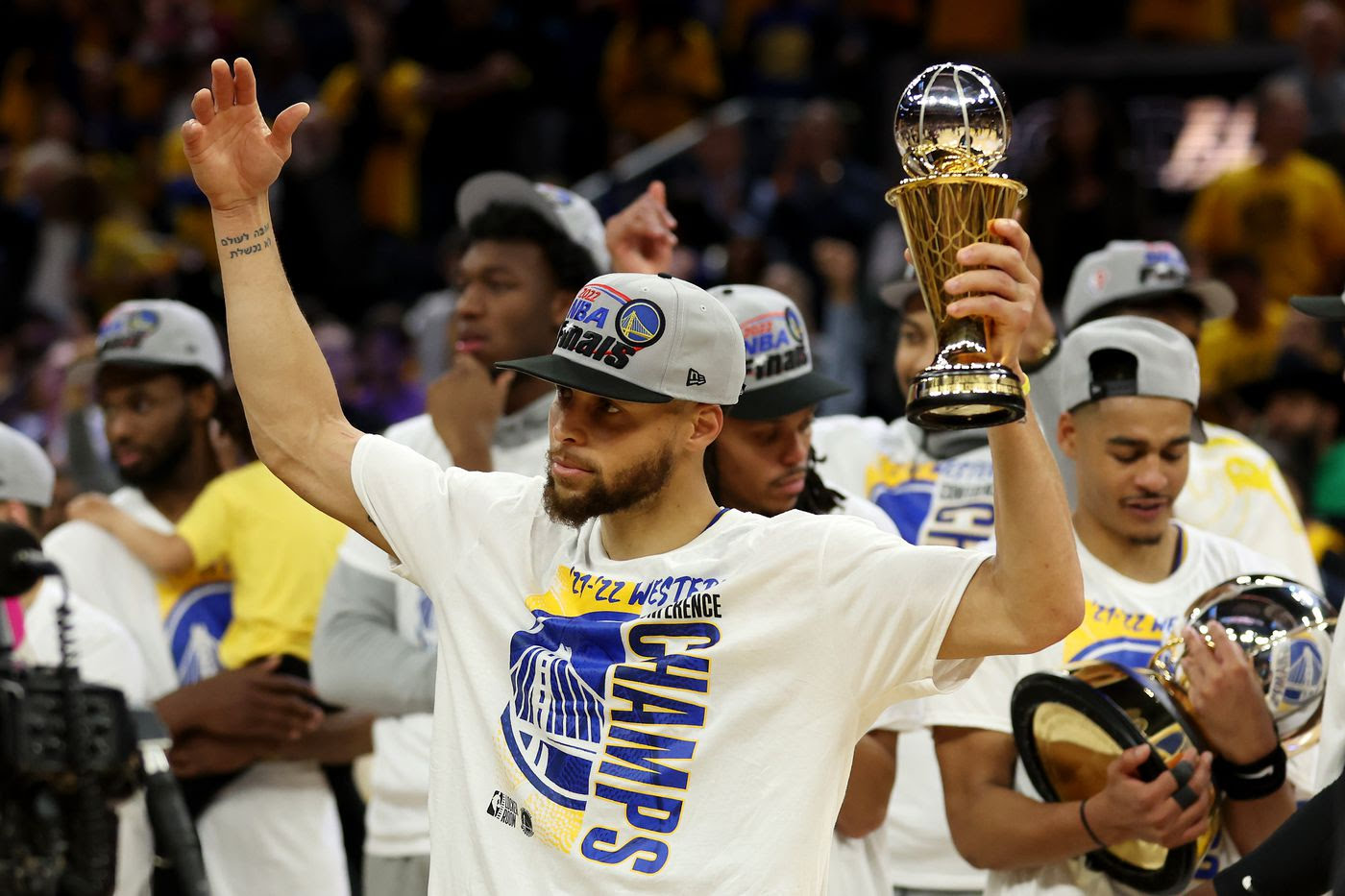 We believe the dubs dynasty is not dead

These are the colours that are associated with the most storied franchises in NBA history.

Maybe even Knickerbocker orange. Or the blue of Motown and Philly.

And over the last decade you can’t forget about the silver lining of San Antonio in all its black and white.

But did they forget about the Golden State of basketball in San Francisco?

Back when the Warriors were named after the city with the Golden Gate and a legend like Rick Barry decided their championship fate, they had a ring to their name.

But ever since just another kid from Akron came downtown after the Baron Davis, Jason Richardson and Matt Barnes ‘We Believe’ era, the ‘chips have been flying like a food fight. All as “Steph Curry with the shot” made the perimeter look like the paint the way he is so pure. No boundary.

Now Toronto Raptors part owner Drake has betting agencies parting with some serious bank after he bet a milli on the Warriors winning the West.

Looks like those companies will be coming up with lint from their pockets, like Aubrey picked out of Curry’s hair when he was playing with him in a classic Raptors series.

Steph Curry in a truly All-star year like this 75th anniversary one in Cleveland, has really brought it home. But he’s not alone. Even if the superteam spearheaded by Kevin Durant is a distant memory. Lost in a dream and slept on to Brooklyn.

Draymond Green is still flexing on them and making fun of the Maverick Luka Dončić. A Top Gun for scorching the Suns, but one who now knows what Dirk and the rest of Dallas feels like.

And then of course there was the return of Klay. Who yesterday had a day. Thompson turned human torch again. His 32 points closing out the Mavs in five games. They thought it would go the full seven, but it was almost a clean sweep.

But there’s more splash to these brothers as they look to bring out the brooms to their trophy cabinet. Whether it be a classic Celtic or red-hot Miami Heat.

Canada’s own Andrew Wiggins with the dunk of his lifetime, forget the playoffs. The future of Jordan Poole joining the party. Kevin Looney. James Wiseman. Jonathan Kuminga. Vet legend Andre Iguodala. Gary Payton II back for the finals too.

All coached perfectly by former Chicago Bulls hero Steve Kerr. Passionate like his response to the school shooting in Uvalde, Texas. We should all pay attention to what he is saying.

This team’s window of opportunity stretches as far as their range from splash. They thought the dynasty was dead. It just took a few years off, like Jay-Z.

ESPN recently tweeted that the Golden State Warriors have won the NBA championship every year that Kendrick Lamar has released an album. Well, after ‘Mr. Morale’ this month, it’s time for the Dubs to make that big step.

“Goodnight”, like Curry putting you to sleep from deep.