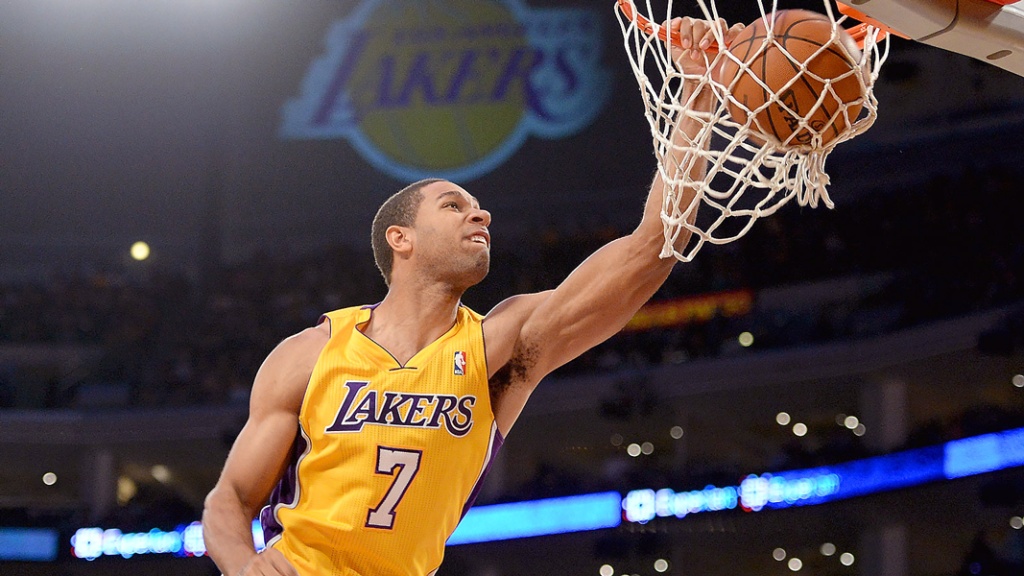 And then there was X…

Despite averaging 8.3 points and 2.7 rebounds, Henry was cut by the Lakers to make way for their new big-man pick-up Tarik Black. A free agent, undrafted rookie who averaged 4.2 points and 5.1 in around 15 minutes and 12 starts backing up former Laker centre Dwight Howard. It was about time the Lakers got a player on the receiving end of the Rockets after all they’ve lost. They even missed out last week on lucrative, dunking free-agent Josh Smith.

Now professor X, Henry becomes one of the gifted grabs on the academy of the open market. Although he wont be ready to play for a team until next season at least. Still, a far way from Kansas, as the Lakers swapped Jayhawk for Jayhawk, Xavier understands the business, taking to Instagram and stating “Nothing has changed, I’m working to get healthy everyday. I understand the situation and thank u for your wishes n good vibes #LakersNation”. Here in a post as confusing as his R&B lookalike Tank supposedly calling it quits, we have to ask one question…

Is he coming back?

Add the supportive words of Laker legend Big Game, James Worthy telling Xavier on Twitter to “be patient, your time will come” to which ‘Zeus Henry replied “you already know”, do these guys know something we want to? Also with the Kansas connection and the Lakers classy gesture in asking the league if they can still treat their former player for his injuries, are we looking at a guy standing aside so his troubled and depleted team can sign someone with him off the books? Because after all respect may be respect, but you’d think this team would amnesty unload the big contract of injured and practically retired, Canadian legend Steve Nash. A contract they tried to ship to Boston for eventual Dallas Maverick point guard Rajon Rondo.

Must Read:
2016 NBA Finals: Are the Cleveland Cavs done?

Still the Lakers will be paying more than respect to Henry who will still get his contract money this year. Still will this soon be a case of ‘X-Men: Days Of Future Past’? Last year this guy formed a young, new Laker Fantastic Four with Nick Young, Wesley Johnson and now Detroit Piston Jodie Meeks and should be a nucleus for the core talent of a Kobe-less future.

Over the years from Trevor Ariza to lookalike Devin Ebanks and Shannon Brown to Manny Harris the Lakers keep losing talented, off the bench dunking spark-plugs. With his speed, skill, swinging and starring potential Xavier Henry has a bright future and it should be one made for Hollywood Showtime if the script reads it this way.

Here’s hoping on the Lakers roster next season, once again X will mark the spot…