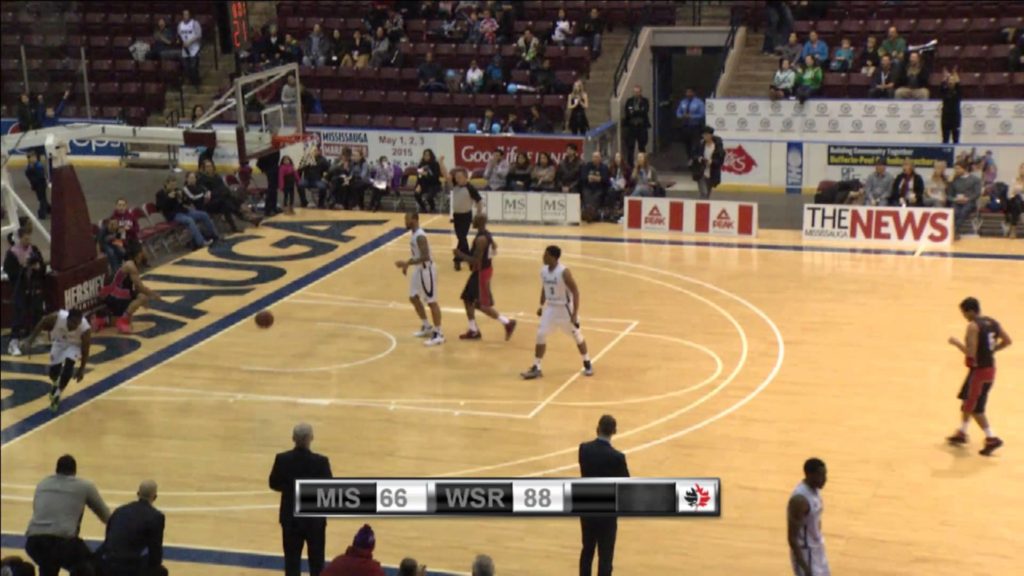 Mississauga Power’s kicked off 2015 by adding former Ottawa Gee-Gees great Warren Ward (2nd all-time leading scorer) to their roster. Ward a Brampton, Ontario native is seen here putting a Windsor Express defender on his butt after picking up loose ball steal at half-court. The 6’6″ silky smooth guard is back in Canada after playing and a his first pro year in Germany and his already proving to be one of the most exciting and entertaining Canadians in the National Basketball League of Canada (NBLC).