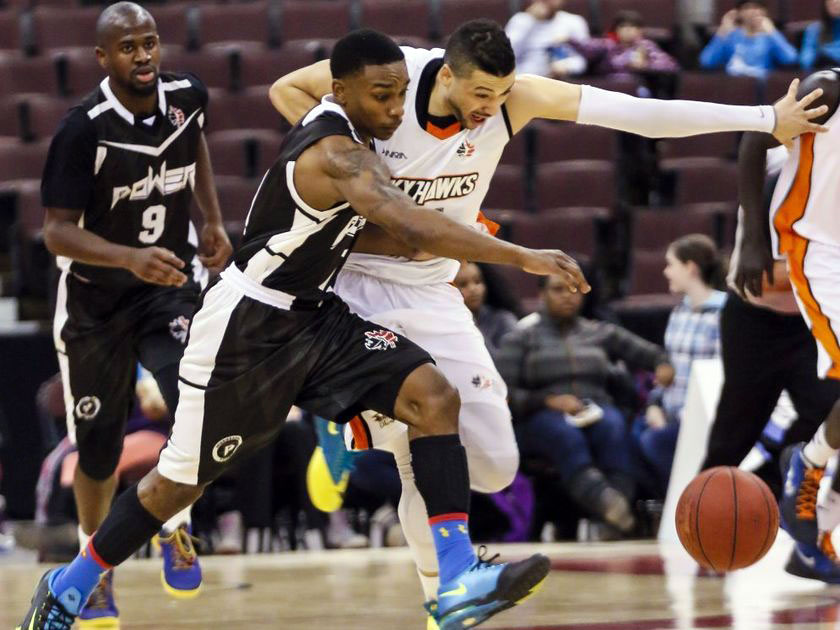 Skyhawks Overcome Power For Another Win At Home

The Ottawa SkyHawks secured their second franchise win at the Canadian Tire Centre against the Mississauga Power on Saturday night, holding back a third quarter push to win the game 95-92.

Morgan Lewis gave Mississauga an early five point lead with a 3-pointer to open the game followed by a jumper from inside the paint, hoping to set the tone for his team. The lead would be short lived, however and the SkyHawks would answer-back, taking the lead mid-way through the quarter, but would give it up allowing the Power to finish the quarter leading by one.

In a game that saw momentum swing with each quarter, Ottawa went into the break enjoying a 55-50 lead over Mississauga. The Power, however looked ready to take over the game in the third quarter when a pair of Alex Johnson free throws kicked-off a 10-0 run for the Power who would hold onto a 79-76 lead with one quarter left to play.

The SkyHawks would take flight at the start of the fourth quarter with Jamal Crook contributing 6 points to a 13-1 run that would give them the largest lead of the game, ten points with six minutes left to play. The Power surged late in the fourth quarter, attempting to regain the lead, but Ottawa would hold them off and maintain a narrow 95-92 win over the Power.

The SkyHawks were lead to victory by Ryan Anderson who scored a season high 27 points. Ryan shot an impressive 50% from the field, including two 3-point shots and was a perfect 9/9 from the free throw line in 40 minutes of play. Tirrell Baines scored 17 points, matched by Jamal Crook coming off the bench and Jerice Crouch adding 11 more.

Mississauga’s Bo Harris earned a season high of his own with 23 points, 9 rebounds and 6 assists. Morgan Lewis added 17 and Alex Johnson, in his return to Ottawa scored 10 points including 5/6 from the line.

Must Read:
NBL Canada remains on pause during pandemic but Aims to return stronger

The game, for the SkyHawks, was won on the rebound and from the free throw line. Ottawa out-rebounded the Power 55-39, but the Power only managed 58% from the line, 11/19, which may have proven the difference against Ottawa’s 81% efficiency from the stripe.

The Mississauga Power will return to the Canadian Tire Centre in a week’s time on November 23rd. 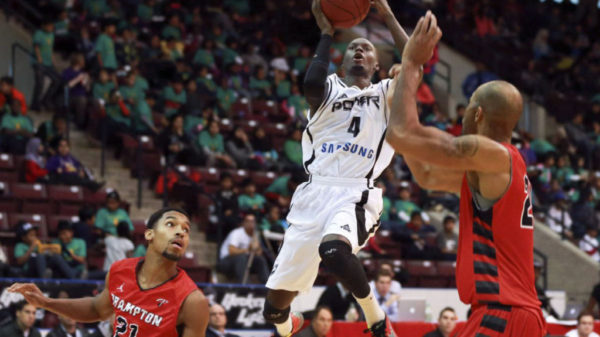