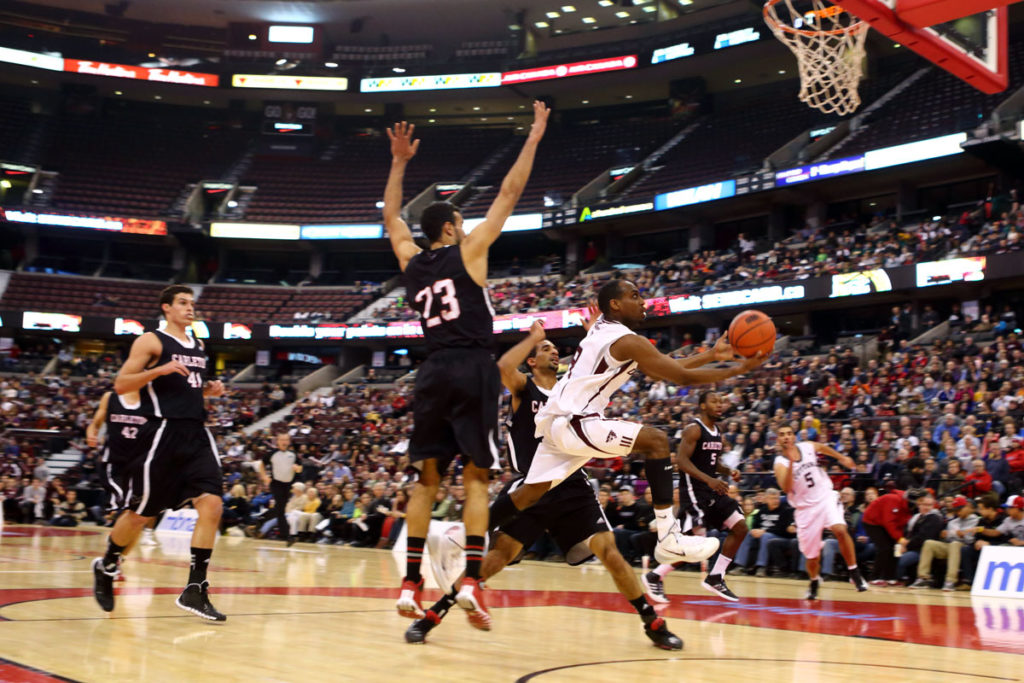 The 2013-2014 season promises to be exciting for Ottawa basketball fans. The introduction of professional basketball with the Ottawa SkyHawks, the return of the CIS Final 8 and Carleton University seeking their 10th CIS championship will all draw attention to basketball in Ottawa.

The Canadian Tire Centre’s newest tenant and NBL Canada’s newest franchise, the Ottawa SkyHawks have promised to deliver “a championship-caliber team to the nation’s capital and doing so with a strong Canadian presence”. Their first step towards delivering on that commitment, going all-Canadian in the draft, was to select Toronto-native Alex “Superman” Johnson first overall  and followed-up by drafting two Ottawa natives, Manock Lual and Eric Kibi. In total 6 of the 12 players confirmed to attend the training camp is Canadian, all with NCAA division 1 or professional experience. Having delivered on the Canadian presence, the SkyHawks journey towards delivering a championship-caliber team will begin with their home and season opener against the Windsor Express on November 2nd in a city that is used to championship basketball.

The Carleton Ravens have built a legacy of high-caliber basketball in the nation’s capital. The 9-time national champions appear set to make it an even ten and made a clear statement in the pre-season defeating three Division 1 NCAA opponents, Towson, Texas Christian and Wisconsin. They fell just short of sweeping the series in a nail-biting overtime loss to the third ranked Syracuse Orange proving they’re ready to go toe-to-toe with the best.

The Ravens biggest challenge in obtaining their 10th title may come from their cross-town rivals the University of Ottawa Gee-Gees. The Gee-Gees were ranked third going into last season’s CIS finals, and took their first ever CIS medal winning the Bronze in an overtime thriller over the Acadia Axemen. If the team can build on last-season’s success, we could be looking at an all-Ottawa fight for CIS gold.

If the cross-town rivals do find themselves competing for the gold, they will do so at home at the Canadian Tire Centre that, once again, will host the CIS Men’s Final 8. The Gee-Gees and Ravens won’t be the only ones with their eyes on the championship. While Carleton is guaranteed a berth in the final 8 as the host team, Ottawa will need to earn their spot. Even if they do, 6 other teams will be competing to dethrone Carleton and claim the championship.

The CIS excitement doesn’t end there, as Carleton University and Ottawa University women’s teams earned Silver and Bronze respectively during last season’s OUA playoffs, earning both teams a trip to their CIS Final 8. Both teams faltered during the quarter-finals. The women at both schools will be looking to improve on those performances and earn medals of their own.

As the Carleton Ravens thrive to assert their CIS dominance, the Ottawa SkyHawks will have to battle to win games and earn the fan following they will need to survive. With all these options, Ottawa basketball fans shouldn’t have any difficulty keeping themselves busy this season.