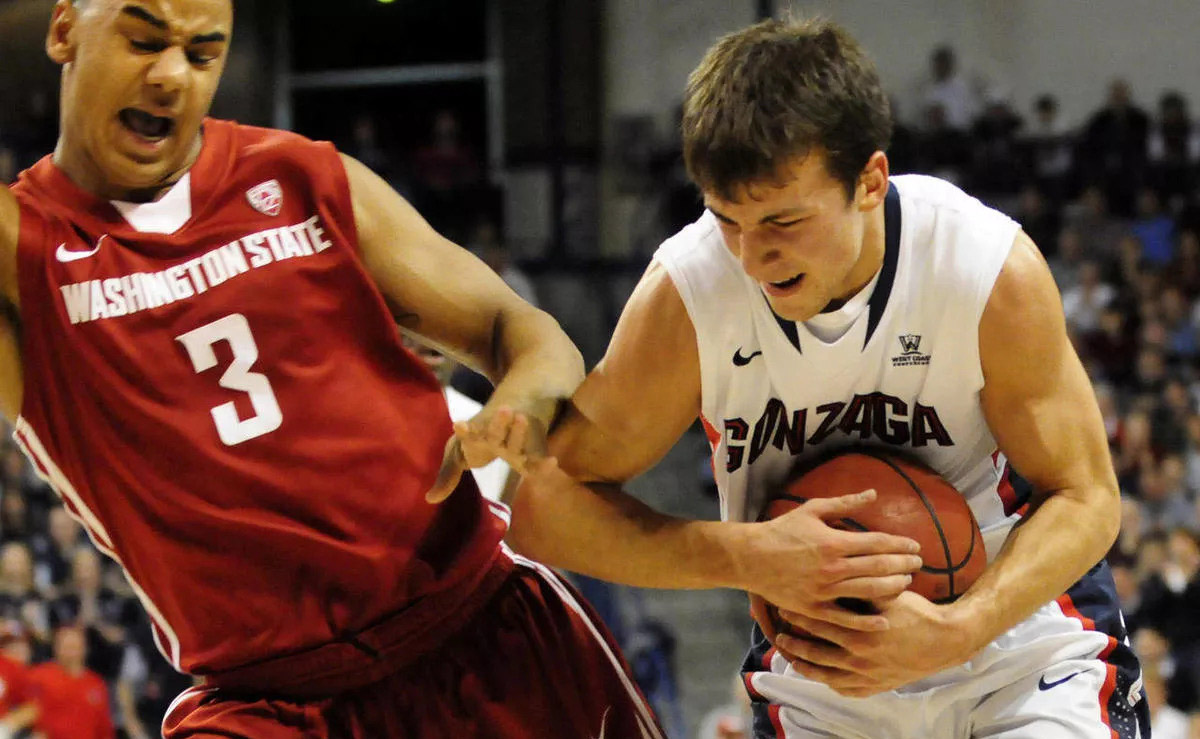 Playing in only his second collegiate game, Canadian freshmen Kevin Pangos of Holland Landing, Ontario connected on 9-of-13 three-pointers as the Gonzaga Bulldogs survived a late Washington State run and grabbed a 89-81 victory.

Pangos finished with a game-high 33 points (9/16) with all of his field-goals coming from beyond the arc, he also added six assists and two rebounds including a John Stockton like, perfect 6-for-6 from the free-throw line, in his first ever NCAA start.

Head Coach Mark Few decided to give Pangos the starting role after he impressed in his debut, finishing with 11 points and four rebounds in a solid win against Eastern Washington.

The performance tied the Bulldogs all-time single-game three-point record, which Pangos now shares with former Gonzaga great Dan Dickau who reached the milestone twice during his days at Spokane.

The NCAA record for three-pointers in a game is 11 and was set by Jeff Fryer of Loyola Marymount in a 1990 game against the Michigan Wolverines.

After the game the calm and collective Pango’s tweeted:

“Good W by the team! Its a great feeling to be playing college basketball and were back at it tmrw to prepare for our next game #zags”

Pangos debut was impressive enough for the Twitterverse to take notice and reward him with a worldwide trending topic.

Below are some buzzing tweets that caught our eyes during the stellar performance from Kevin Pangos:

RT @darrenandrade: We dubbed Pangos the cameraman a couple years ago because dude is ALWAYS SHOOTING. #Practice. #NCAA #Gonzaga

And #Canadian @KPangos is doing major work. RT @Drake: THE ALBUM IS OUT!!! I’m on a high. #Canada

Most noticeably, beside Sacre’s bulked up body and his new bald look, was his free-throwing shooting.

The big men from Vancouver, BC was a perfect 13-of-13 from the stripe.

Gonzaga moves to to 2-0 in the young 2011-12 NCAA season and will play the Hawaii Warriors.