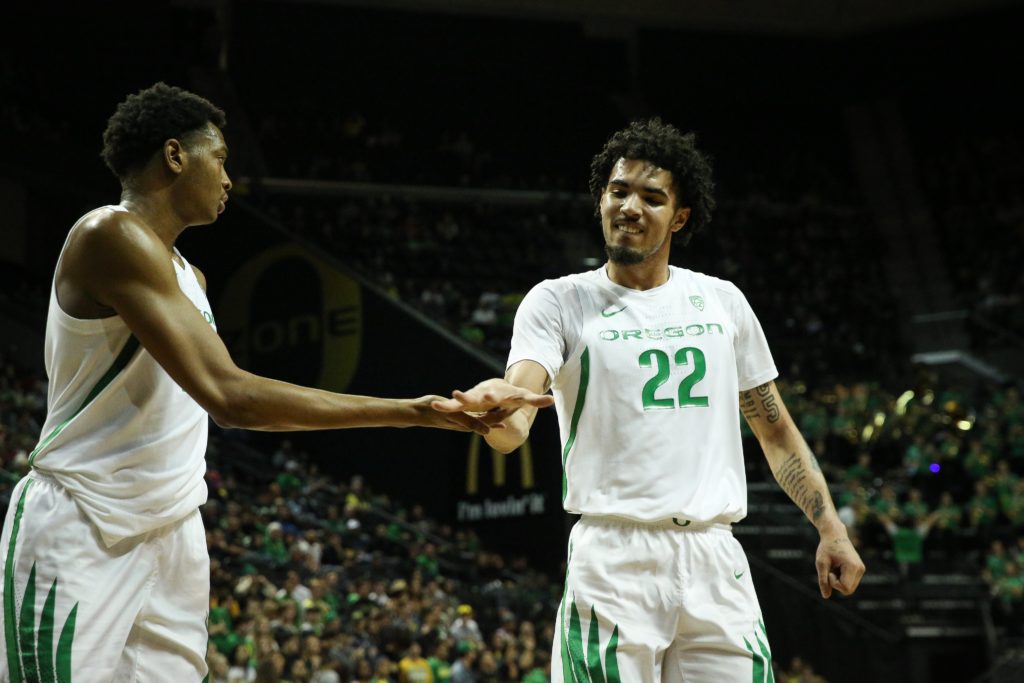 Patterson rebounded from a poor NCAA collegiate debut with a perfect shooting game — scoring 17 points on 7-of-7 shooting from the floor — adding 4 rebounds and 3-of-4 makes from the foul-line before fouling out in 18 minutes.

Patterson scored 12 of his 17 points in the second-half and did a great job moving the ball and staying aggressive on the offensive end.

The four-star recruit went scoreless in 8 minutes in the Ducks opening 71-57 win over Fresno State Bulldogs.

The No. 15 Oregon Ducks improve to 2-0 and are poised to be a top 25 team after being selected as the best team in the always competitive Pac 12.

Patterson fast tracked his development by reclassifying from the class of 2020 to join a loaded Ducks squad that features one of the best recruiting classes in the Dana Altman era.