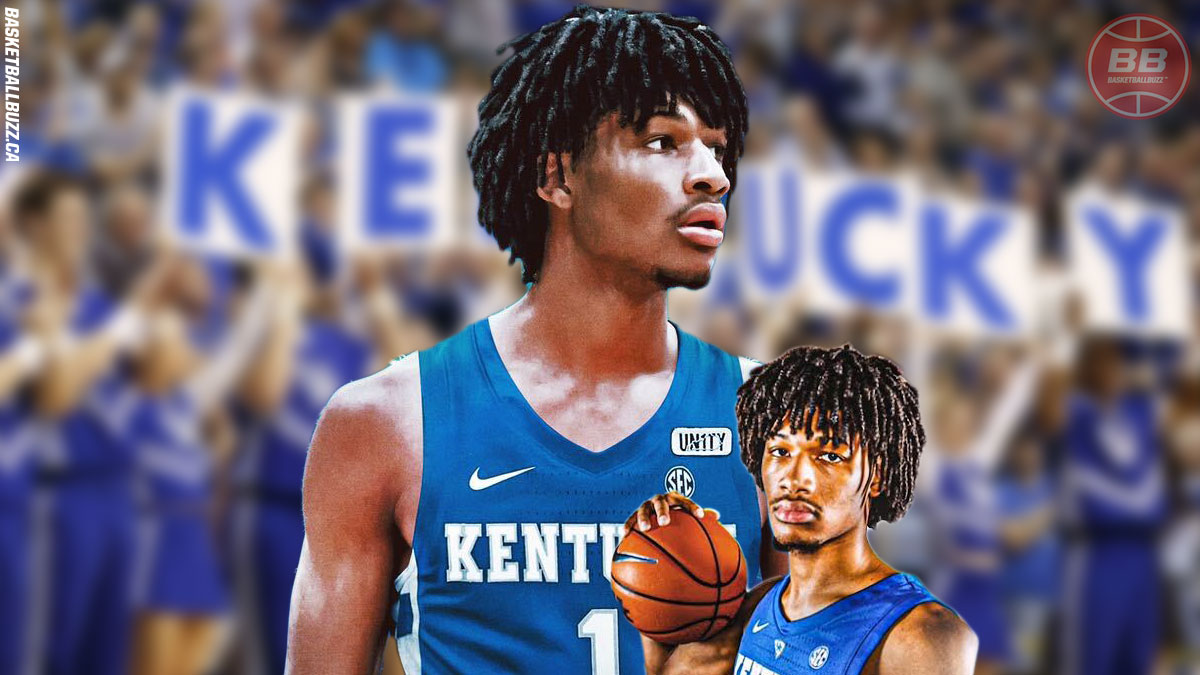 Canadian Shaedon Sharpe, a consensus five-star recruit and the top-ranked player in the class of 2022 has announced his commitment to head coach John Calipari and the Kentucky Wildcats.

Sharpe, a high-flying six-foot-five 18-year-old from London, Ontario bypassed a multiple seven figure guaranteed deals, $1.5 million contract offer from the NBA’s G-league and Overtime Elite to become the eighth (8) Canadian to commit to the Wildcats program since 1996.

“Ever since I could remember one of my goals has been to compete at the highest level of play, as I take the next step in working toward accomplishing that goal, I would like to thank God, my family as well as my coaches, teammates and friends throughout the years of supporting me and my journey thus far.”

“Although this decision has been challenging, I look forward to the future and what is yet to come, with that said I’ll be attending the University of Kentucky.” shared Sharpe via his social media channels.

Sharpe elevated his game to new heights and blew-up the spot during the 2021 Nike EYBL series averaging 22.6 points, 5.8 rebounds and 2.7 assists in 12 games during the crucial July recruiting period to propel himself into the conversation as the top prospect in the 2022 class.

Since taking over for Bill Gillspie in 2009, Calipari has turned Kentucky into an NBA factory with 32 active NBA players, more than any other school in the country — helping attract and turn top Canadian prospects Kyle Wiltjer (2011-13), Trey Lyles (2014), Jamal Murray (2015), Mychal Mulder (2015-17), and most recently Shai Gilgeous-Alexander (2017) into rising NBA stars.

Andrew Wiggins was the last Canadian to hold the consensus top spot in the nation before commit to the Kansas Jayhawks in 2014.

Canada has produced two number one picks in Anthony Bennett (2013) and Wiggins (2014), both selected by the Cleveland Cavaliers.