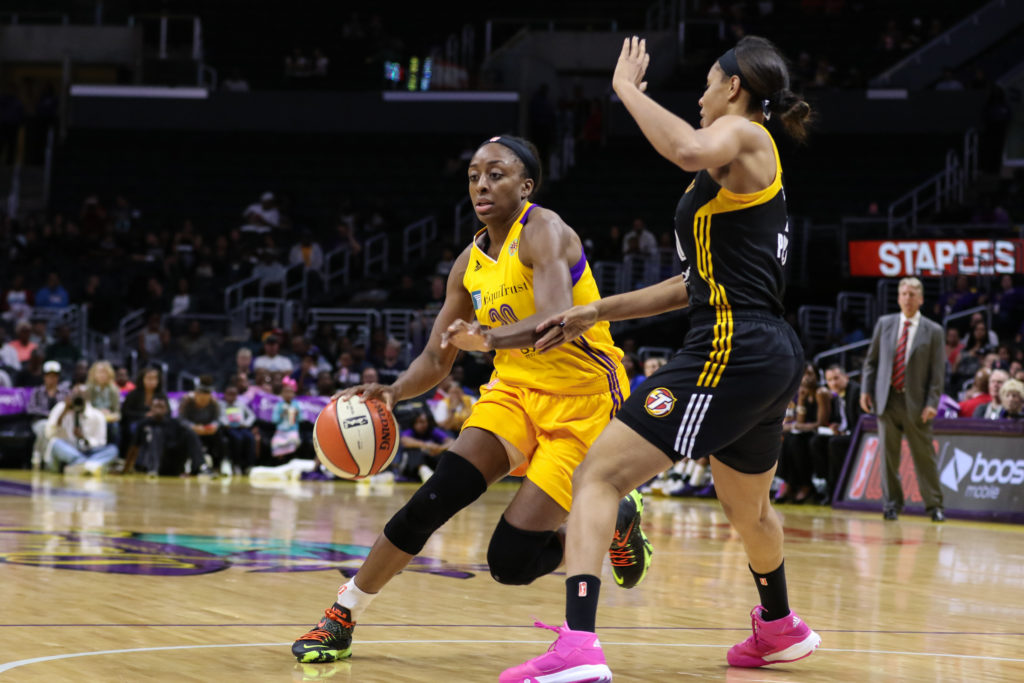 Did you watch her work?

Most casual WNBA fans may think the league and legacy of the Laker purple and gold sister franchise, the Los Angeles Sparks lies with the legend of retired great Lisa Leslie. Whilst those lent over a little more like a quarter past four may think that when it comes to these latest ladies on the Sparks former 2013 WNBA MVP and poster-child of the new generation, Candace Parker leads the way.

But in a league of great expectations. Of Sue Bird’s and Diana Taurasi’s. Elena Delle Donne’s and Skylar Diggins and even for sure Rookie Of The Year Breanna Stewart, it’s all about Nneka Ogwumike right now.

The Los Angeles Sparks star is your unaminous 2016 Most Valuable Player of the Womens National Basketball Association.

Sparking Los Angeles to a 28 and 2 record, crazily only good enough for the second seed out West come these around the corner of the basket playoffs, Ogwumike was instrumental in all that was conducted on court. As in the wake of Kobe Bryant’s Laker retirement, purple and gold Los Angeles basketball came back with an 11 and nothing start that was only capped wheb they met fellow league best, West powerhouse, the Minnesota Lynx.

Nneka ranks third in the WNBA in overall scoring averaging 19.7 points per game. She also takes the bronze in rebound averages with 9.1 boards per. But she leads the league all-round just like she does with her 66.5% shooting percentage. Good…no great for second best all-time in WNBA league history.

And if you thought that was good Ogwumike set the tone for consecutive field goals. As her M.J. 23 leads this association all-time. And in June this 6,2 Power Forward was 100% perfect in every shot she took.

Now who are you going to give the ball to in the waning seconds of a game? Nneka or Candace? It’s a spoiled scouts choice.

Now Nneka Ogwumike lets is fly like a Bird, Larry or Sue, she shows this womens game is just as great as the mens, not “capable”. Just like the Gold Medal winning Womens National Team did in this Summers 2016 Olympics in Rio even besting the boys.

But you know who else should have been there?

“I was told there were a lot of athletes at my position and that I had a bright future,” the ever professional Sparks superstar told Los Angeles Times press. “I believed it. I’m fine with it.”

But we believe in something else.

We believe in her.

We believe that Nneka is about to go for her own gold with fellow Rio snubbed, MVP great Candace Parker.

Now every young girl is going to want to be like Ogwumike.