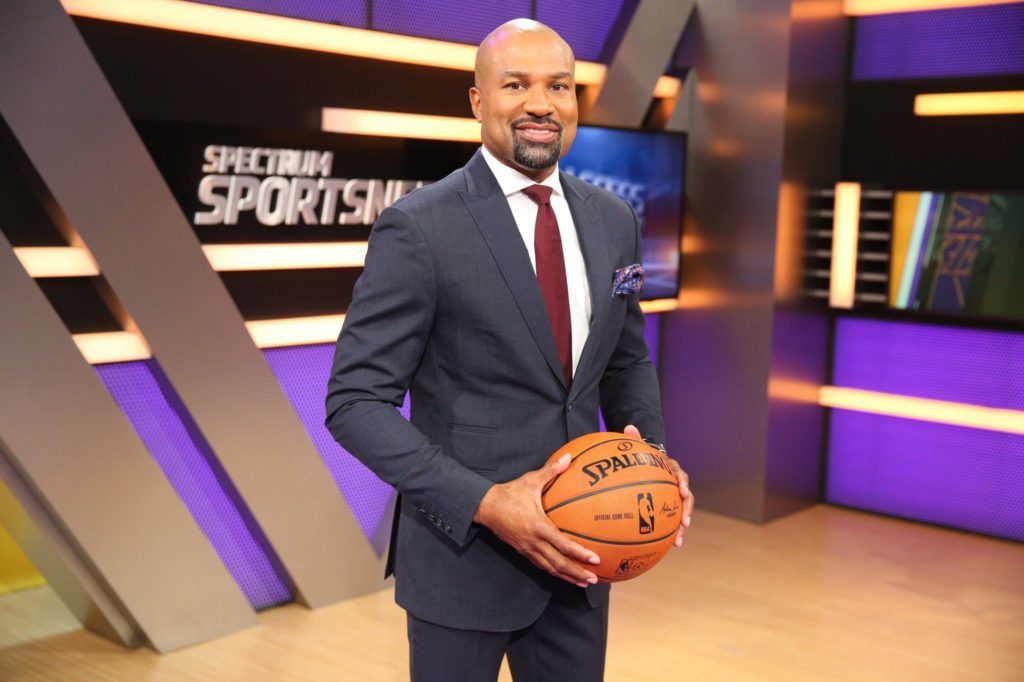 The Fish That Saved La Is The WNBA's New Spark

The Lakers beat the San Antonio Spurs last night for another day in the King James version of Lake Show life, like all those good Supersonic days that rap legend Ice Cube has seen from the Good Year blimp. But almost a decade ago with less than 0.4 seconds to go in the Western Conference Finals clutch king Derek Fisher saved the day against San Antone for Shaq and Kobe and Hall of Fame teammates like Karl Malone and Gary Payton, like he had done countless, clutch times before.

But almost a half decade ago in what seems like less time then it took to get that Hail Mary shot off, after reuniting with Phil Jackson in New York as a Knick coach, Fisher was fired after a record that screams more at it just being the Knicks’ than it being because of his inspired IQ’s mind for the dry erase.

A Laker and playoff legend whose number 2 (sorry Lonzo) deserves its place up there with all those banners his 3 balls helped raise, next to the 8’s and 24’s he entered the league with in the class of ’96. And reunited between all that Jazz, Golden State, Thunder and Mavericks. Quite simply, role player or postseason closer hero, Derek Fisher is one of the greatest Lakers of all-time.

The Point Guard competitive great was even in the running for the latest Lakers Head Coach gig originally, until another alumni integral part of the Lakers association Luke Walton came over from his sideline championship mentorship in Golden State with Steve Kerr’s Warriors.

But now after three years sidelined from the sidelines Derek Fisher takes over from 2016 WNBA championship head Brian Agler to become the 12th coach in Los Angeles Sparks history.

One that has featured other Laker role legends like the defensive specialist and WNBA winner with Lisa Leslie, Michael Cooper and of course Kobe’s dad Joe Bryant. And now it’s Showtime again as LA looks to find that Spark once more.

Now the sister franchise looks to reclaim the throne from the Storm in the King’s town. And with Queen Candace Parker and Nneka Ogwumike leading the women’s game revolution, we couldn’t think of anyone better to take them back to the promised land of hoop heaven sent from the Basketball God’s, than the man suiting up who used to strap on a headband and put a whole team on his back. Now the back-up spark-plug will be backing the Sparks in the electric downtown, neon hub of a live LA.

But her time will come. Until then…