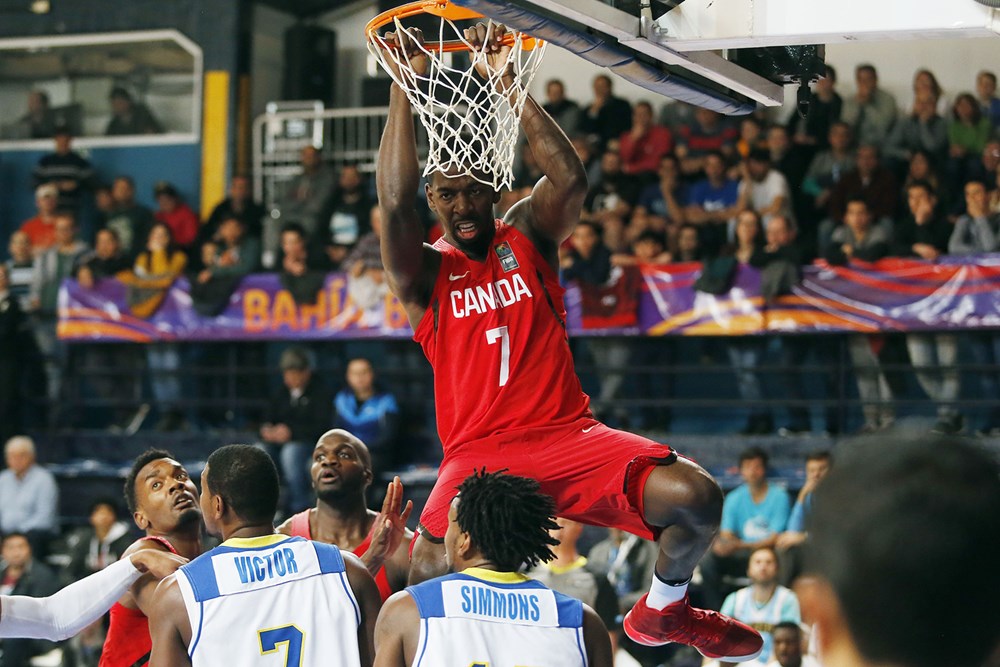 2020 is shaping up to be another great year for Canadian basketball fans. The Tokyo summer games are less than five months away and Canada has the slim possibility of potentially sending both senior teams to the Olympics for the first time since 2000.

The ladies did their part, booking a spot in Tokyo with a clean 3-0 FIBA Olympic Qualifying tournament sweep in Belgium earlier this month. The men will look to do same in about four months time, via a once in a lifetime qualification tournament in beautiful Victoria, British Columbia.

But before we get ahead to the summer festivities, the first order of business of the new decade for the senior men’s team is the 2021 FIBA AmericaCup qualifiers.

FIBA AmericaCup formely known as the FIBA Americas Championship or the Tournament of Americas is hosted every two years and pits 16 national teams from the Americas zone. Previously, the tournament had qualification implications to the World Cup and the Olympics, but that is no longer the case — although, every game played still counts towards the FIBA World Rankings.

Canada will kick-off the first of three-qualification windows with a home-and-home series against the Dominican Republic. The FIBA AmeriCup Qualifiers includes 16 teams broken down into four groups. Canada is in Group C and will also play Cuba and the Virgin Islands. The top three teams from each Group will qualify for the FIBA AmeriCup 2021.

Andrew Nicholson a former first-round pick, 19th overall of the Orlando Magic headlines the 12-men roster tasked to take on the always formidable and tough Dominican team. Currently, under contract with China’s Guangzhou Loong Lions and back home due to the unexpected break in action in the Chinese Basketball League (CBL) from the deadly COVID-19 Coronavirus — Nicholson, is a timely and welcome addition.

Scrubb, a key figure in Canada’s backcourt since the 2010 FIBA Americas U18 championships will earn his 54th and 55th international caps — 44 games played at the senior level and 11 at youth competitions.

The rest of the roster is made up of some new faces as Trae Bell-Haynes and Kassius Robertson make their Canadian team debuts. Most of the players are signed to European clubs with only Duane Notice (Raptors 905), Andrew Nicholson and Tyrell Bellot-Green not playing in Europe.