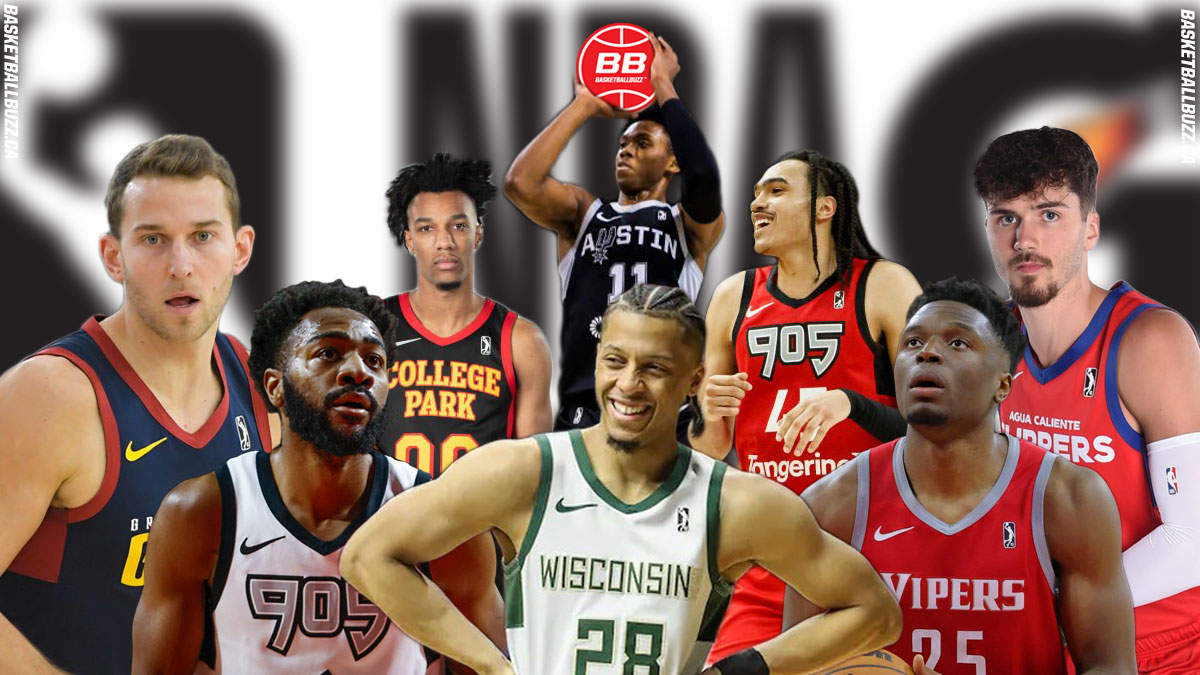 The NBA G-league has a long tradition of playing a significant role in the development of Canadian basketball talent.

Since its inception in 2002 as the National Basketball Development League (NBDL), names like Denham Brown, Joel Anthony, Chris Boucher, Oshae Brissett, Luguentz Dort and various others have leveraged the league to further advance their basketball careers.

Drafted in the second-round of the 2006 NBA Draft, the Seattle SuperSonics selected Brown with the 40th pick. The Toronto basketball star, never played a regular-season game, instead he became the first player to play in the original G-league.

Playing for the Raptors 905, Boucher made his mark in the G League by becoming the first Canadian to win the most valuable player award of the 2018-19 season.

Since then, over 60-plus Canadians basketball players have registered their names across NBA G-league score sheets. Those numbers don’t appear to be slowing down as more and more Canadians continue to attend NCAA division I colleges and subsequently pursue their ultimate dream of playing in the NBA.

With more Canadians spending time in the development league, it was time to simplify the ability to keep-up with them by introducing the 2021-22 BasketballBuzz Canadian NBA G-League Stats Tracker.

This season, a total of 18 Canadian players have played in the 2021-22 G-League. Twelve of the current players were undrafted with the other six hearing their names called out on draft day.

Toronto Raptors rookie Dalano Banton has made the most of his on court time with a near double-double for the 905. Banton has improved tremendously throughout the season and has provided the Raptors with solid minutes off the bench.

San Antonio Spurs rookie Joshua Primo has benefited from his time and is now seeing regular minutes in Gregg Popovich rotation. Nova Scotia’s Lindell Wigginton has managed to translate his excellent G-league play into a two-way contract with the defending champions Milwaukee Bucks.

Others looking to get a call-up to big league, include veteran sharpshooter Nik Stauskas, a former 2014 lottery pick of the Sacramento Kings. Nate Darling, the first Nova Scotia player to play in the NBA, is also in the mix with the Agua Caliente Clippers.

Aaron Best (Scarborough, Ont) a six-foot-four guard and a 2015-16 U Sports second team All-Canadian with the Ryerson Rams is back with his second stint with the Raptors 905. Best is just one of two U Sports basketball players to ever play in the NBA G League.

Former Carleton Ravens point guard Kaza Keane (Ajax, Ont.) is the other. Ironically, the two were teammates on the same Raptors 905 team in 2017-18. Keane played three seasons of NCAA college basketball at Illinois State and Cleveland State before transferring to Carleton for two years of eligibility.

The uncertainties of the ongoing pandemic have opened-up the door to more ten-day and two-way contacts than ever before. Overall, there is plenty of eager and capable Canadian basketball talent developing in the G-League, waiting for the right opportunity to showcase their craft.