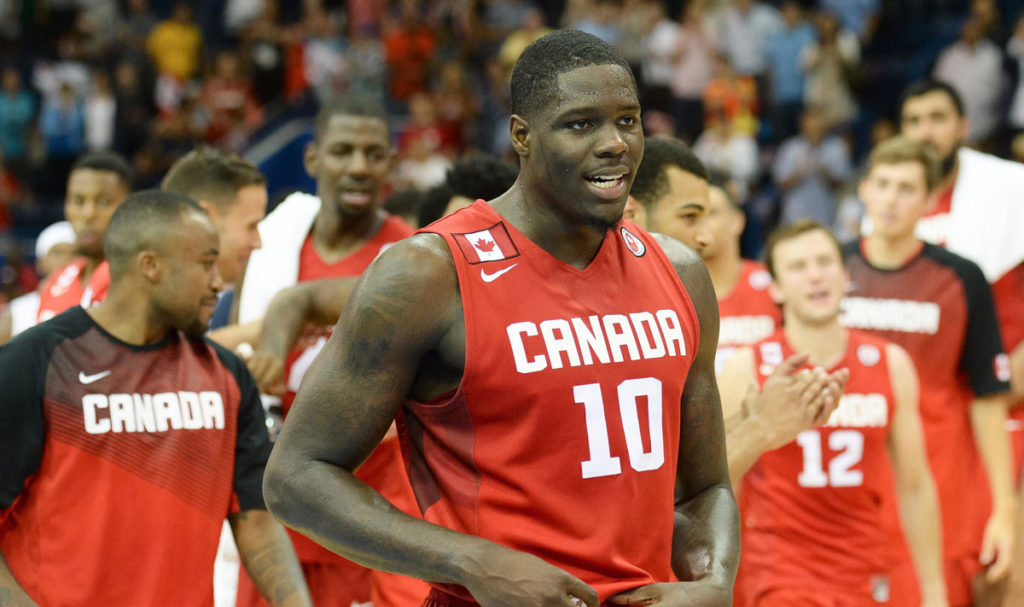 Dwight Powell’s 18 points and 8 rebounds, Brady Heslip’s 15 and Philip Scrubb’s 10 points once again showed just how potent and lethal the Canadians can be, outscoring Brazil’s bench 50-20 on their way to a convincing win over a squad that forced Canada to settle for a Silver medal at the Pan Am Games less than weeks ago.

Anthony Bennett scored 11 straight points for Canada to open the third-quarter and bust open a low-scoring first-half which Canada led 36-27. The current Minnesota Timberwolves forward finished with 16 points in just over 14 minutes and was nearly perfect from the field shooting 6-of-7, including 2-for-2 from three-pointers.

Asked by a reporter during post-game as to why he has been able to play this well for Canada and not yet lived-up to expectations as the No. 1 overall pick, Bennett replied “I’m just playing with confidence, playing defense, playing with patience and representing my country.”

The second game of the tune-up tourney gave us a glimpse of what the offense will look like under direction of new Toronto Raptors Point Guard Cory Joseph who returned to line-up after sitting out the 85-80 win over Argentina. Joseph finished with a team-high 6 assists and added his usual contribution on the glass with four rebounds.

Andrew Wiggins added 9 points and four rebounds including a one-hand spike dunk down the lane in the third-quarter. Brady Heslip buried three triples on his way to 6-of-12 shooting to help Canada shoot a healthy 27-59 (46%) and 9-of-20 (45%) from the outside. Andrew Nicholson pulled down a game-high 8 rebounds for Canada who finished with a +19 margin on the boards 43-24.

Through two games Canada has out-rebounded both Argentina and Brazil by a combined 89-58 a stat that should continue to be in Canada’s favor despite not having access to Tristan Thompson, a top 10 rebounder in the NBA and arguably the best offensive rebounder in the World.

Canada’s defense also looked sharper, limiting Brazil to just 11 points in the opening quarter and just 4-of-17 (24%) from three-pointers.

In a battle for the last remaining roster spot both CIS Basketball products and Carleton Ravens standouts Aaron Doornekamp and Philip Scrubb once again held their own against top International competition. Doornekamp now in his fifth season with National program added 7 points, 3 rebounds and 3 assists of the bench. Scrubb may have solidified his name on the FIBA Americas roster with his second straight double-digit game finishing with 10 points and 2 assists on 4-of-5 shooting.

Canada (2-0) will face a tough and physical Dominican Republic (1-1) in their next game as they look to continue their perfect start at the 2015 Tuto Marchand Cup.